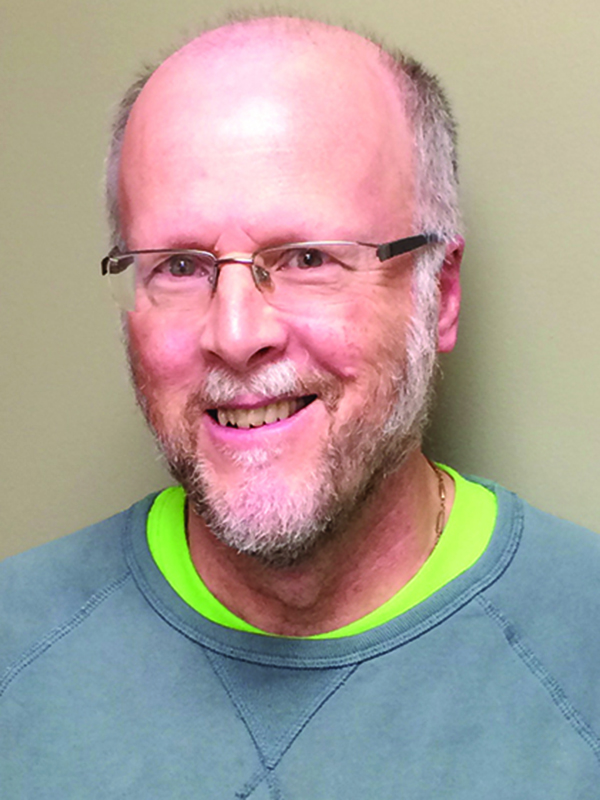 Gordon Houser is editor of The Mennonite magazine.

So I need to limit this list to five. OK, let’s start with books:

1. A new book I’ve found helpful is Wholeheartedness: Busyness, Exhaustion and Healing the Divided Self by Chuck DeGroat (Eerdmans, $15). It draws on psychology, theology, brain research, poetry and the author’s own experience to address our need for wholeheartedness, which one contemplative writer calls “the antidote to exhaustion.” DeGroat notes how divided we are today and argues that “if we can become capable of gracious compassion that reaches to every divided part of our being, we can become capable of living whole and holy lives.” This is not a simple how-to book but an exploration into God’s mysterious love.

2. I review books, mostly fiction, for an urban newspaper. A recent book I reviewed is the novel

Peacekeeping by Mischa Berlinski (Farrar, Straus and Giroux, $27). Set in Haiti in the years leading up to the 2010 earthquake, it combines incisive journalistic observation, compelling characters and the suspense of an election campaign with plenty of ups and downs and uncertainties about how it will turn out. The novel’s denouement reinforces the point that life goes on in Haiti, and so do stories, “for without stories, as every Haitian peasant knows, life is all just things that happen to you, and you are just something that happens in the lives of others.” This excellent novel reminds us that we, too, need stories. At the same time, he helps us understand a little better another land and another people. And while dreams may not come true, we can tell and enjoy stories.

3. On to movies. One of the most delightful films I’ve seen lately is Sing Street (PG-13), a musical from the creator of the movie Once. A boy growing up poor in Dublin during the 1980s escapes his strained family life by starting a band in order to impress the mysterious girl he likes. While the film approaches cliché at times, with its schoolyard bullies and mean priests, the young cast—mostly unknowns—and the wonderful songs, including nine composed for the film, carry the story. The film combines romance with the gritty poverty of Dublin and the pain children feel when their parents’ marriage is falling apart.

4. Next on to TV, where you’ll find some of the best screenwriting today. I watch more than a handful of shows, and one of my favorites was The Good Wife, which ended its seventh and final season on May 8. (So you’ll need to stream it.) Alicia Florick is the wife of the governor of Illinois and a corporate lawyer. “Good” is qualified or ambiguous, a kind of mask Alicia wears as she makes her way in the dog-eat-dog world of politics and law. In fact, she is neither saintly nor evil. The show is well-written, well-acted, and it uses humor while dealing with up-to-date issues in creative ways. I will miss it.

explore new sounds, drawing on a variety of musical traditions, from American gospel to South African harmonies to South American rhythms. Meanwhile, his lyrics often deal with religious themes and combine light humor with incisive critique. A good example of this is the song “Wristband” from his new album, Stranger to Stranger (Concord, $14.99), which tells of a musician stepping outside and being locked out. The man in charge of security won’t let him back in because he doesn’t have a wristband identifying him as one of the performers. The last verse expands the meaning of this humorous episode: “The riots started slowly with the homeless and the lowly / Then they spread into the heartland towns that never get a wristband / Kids that can’t afford the cool brand whose anger is a short-hand / For you’ll never get a wristband and if you don’t have a wristband then you can’t get through the door.”

This CD was a Father’s Day gift from my daughter, so I’m just getting familiar with it. She likes Simon, too. We danced at her wedding reception (back in 2009) to Simon’s wonderful song “Father and Daughter.”