As a college professor, I find my life governed by the rhythms of academic calendars that mark new beginnings every September. These are times of excitement and anticipation about the year ahead, but they are also times of disruption and even destruction.

The slower pace of the summer months is replaced by a frenzy of activity. Pockets of quiet time are replaced by meetings, classes and deadlines.

These new beginnings, then, are accompanied by an element of destruction. The new beginnings of an academic year are but a microcosm of larger patterns of destruction and new creation, not only in our own time but also in the tumultuous time of the early Christian era.

Total ecological and cosmic destruction is reported in the span of one short verse. Life practices, as they currently exist, are no more.

While it may be tempting to lament this devastation, as the voice from the throne observes, the elements of the old order that are destroyed include death, mourning, crying and pain (Revelation 21:4). That is, the destructive forces that precede this new beginning may wipe out familiar aspects of life, but some of those components are perhaps best left behind.

In short, this is a destruction that does not perpetuate a cycle of destruction, but one that paves a path forward into a new beginning.

In the place of these unfortunate elements of life, Revelation’s visionary reports that the new heaven and earth feature the dwelling of God with humans. The Greek terms that the author uses in Revelation 21:3 can be most literally translated as “tents.” That is, in this new beginning, God sets up camp with humanity and pitches a tent large enough to accommodate all of God’s children (Revelation 21:7).

The apocalyptic vision described in Revelation 21:1-8, though strange, may not sound so unfamiliar to many ears today. The current season is one in which it can feel difficult to see beyond the present destruction. After all, this inaugural issue of Anabaptist World marks the end for Mennonite World Review and The Mennonite. On a global scale, the incalculable disruption and deaths that have been caused by COVID-19 can evoke apprehensions about apocalyptic destruction not unlike some of the terrifying images that appear throughout the Book of Revelation.

However, in this time when destruction may seem to loom large all around us, the vision in Revelation 21:1-8 can be a promising reminder that sometimes such destruction is merely a precursor to a beautiful new reality in which flourishing and abundance become commonplace. In this new heaven and new earth, the thirsty are not only sated, they are given a drink from the spring of the water of life (21:6).

In times of destructive endings, it may be hard to glimpse these new beginnings. Yet, as the one seated on the throne proclaims, he is “the Alpha and the Omega, the beginning and the end” (Revelation 21:6). That is, the one who brings about ends is faithful in bringing about new beginnings.

Just as God’s faithfulness preserved the early Christians of the first century, the presence of the divine one who tents with God’s people continues into the present day.

The destruction of elements of life as we know it can seem like a crushing blow. We lament the loss of the familiar. Yet, the vision of Revelation 21:1-8 suggests that even the destruction of the entire cosmos cannot prevent the new beginnings that God has in store for God’s people. Thus, even from the ashes of destruction, we can look ahead to the promise of a bright new future. 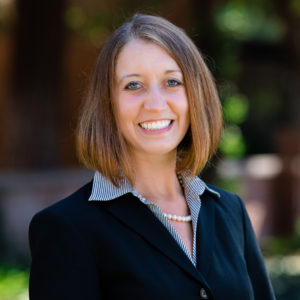