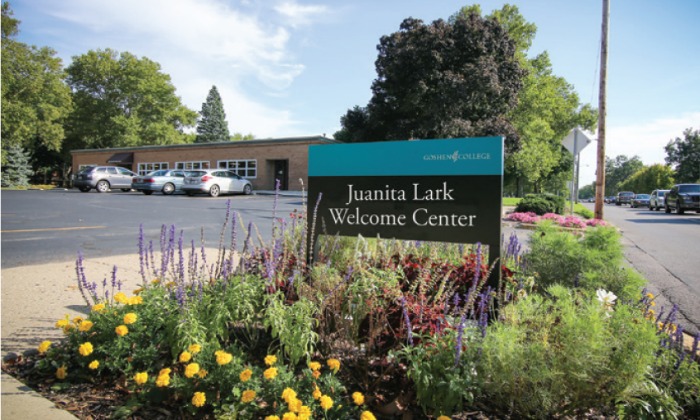 On Friday, Feb. 10, Goshen (Indiana) College will officially dedicate the newly-named Juanita Lark Welcome Center in honor of Juanita Jewel Lark, the college’s first African-American graduate, following a special convocation about her life. Members of Lark’s family will be in attendance for this event.

students still to come,” said Goshen College President Jim Brenneman. “Juanita led the way for a more multicultural campus, and it feels fitting for Juanita to be commemorated in the first building guests visit on campus.”

This year Goshen reported that the overall student body comprises 35 percent students of color, with the 2016 first-year class making history as the most diverse class ever with 43 percent of traditional students identifying as nonwhite.

Lark was a 1943 Goshen College graduate who studied education and went on to teach for 38 years in the Chicago Public School system.

Born in 1921 in Washington, D.C., Lark’s family moved to a 130-acre farm Quakertown, Pennsylvania, when she was just two years old. She was the second of six children of James—the first African-American Mennonite bishop—and Rowena Lark, and their family was one of only two African-American families in the area.

Juanita studied at Howard University, Washington D.C., and Hesston (Kansas) College before graduating from Goshen College. Later, her sister Rowena attended for one year and her youngest brother, Alexander, graduated from Goshen College in 1953.

Lark enjoyed playing the piano and organ, knitting, macrame, quilting and ceramics. She died in 2008.