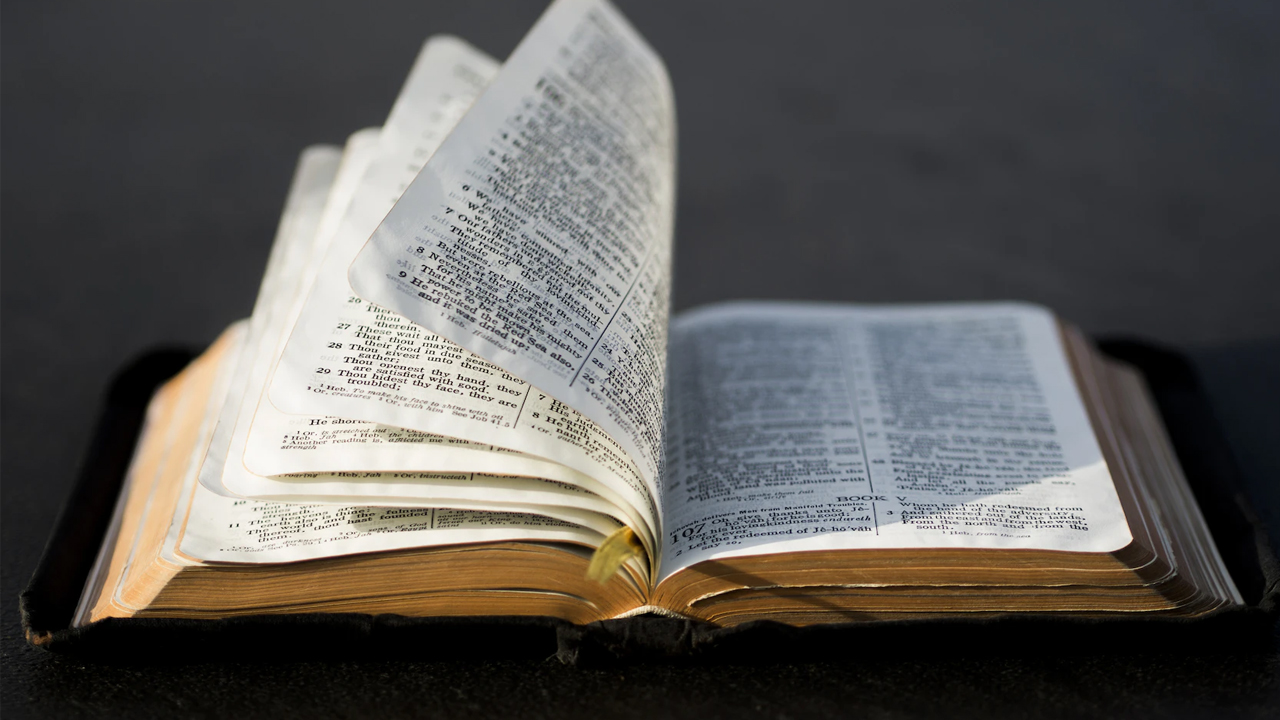 “The Bible says it. I believe it. That settles it.”

The first time I heard this slogan, I found it simplistic, but endearing.

I don’t think it’s cute anymore. Some might call it humble (“I just read and believe”), but to me it sounds arrogant. What human has the authority or wisdom to declare all their beliefs settled? What mortal knows the mind of God?

The temptation to claim equality with God began in the Garden of Eden. The snake told Eve eating the fruit would make her “like God, knowing good and evil.” Eve saw “the tree was to be desired to make one wise.”

“Where were you when I laid the foundation of the earth?” God demands of Job. “Tell me, if you have understanding” (38:4). God then spends three chapters explaining, with righteous indignation, all the many things Job does not understand.

Through the prophet Isaiah, God said, “For as the heavens are higher than the earth, so are my ways higher than your ways and my thoughts than your thoughts” (55:9).

Paul wrote to the Corinthians that we can only see dimly through a glass. He reminded the Romans that God’s judgments are unsearchable and his ways unfathomable.

Ironically, one of the few things Christians of every denomination agree on is that God’s wisdom and knowledge surpass anything we could comprehend. And yet we are comfortable claiming definitive knowledge of what the Bible says.

Humility toward Scripture doesn’t mean uncertainty. One can be certain about something and still recognize that one’s understanding is limited because we are the created and not the Creator.

I experienced this paradox when I was a member at a church that did not allow women in leadership positions. Growing up, it never occurred to me that I was any less spiritually mature or wise because I was female, so I was surprised to have to address the issue and, frankly, hadn’t given it a great deal of thought.

My pastor was a godly man with stubborn convictions, as well as biblical meekness. In our conversation we quoted Scripture. We discussed personal experiences and church traditions.

I never wavered in my belief, and neither did he. But at the same time, my faith in a living and active Word was strengthened. I could tell he was earnestly searching Scripture and seeking discernment. He didn’t believe himself infallible; he honored our sovereign God too much for that. I hope he came away thinking the same of me.

A more subtle but still poisonous way we disrespect Scripture is when we wield the Bible in defense of our beliefs without really knowing it ourselves. I’ll never forget my interaction with a woman who vehemently claimed the Bible’s unequivocal rejection of homosexual identity. I brought up Romans 1 (verses 18-32). She replied, “Oh, what does Romans 1 say?” I couldn’t believe it. Is it not arrogance to confidently proclaim what the Bible says and yet not know what the Bible says?

We mock Scripture when we disregard parts we don’t like. When I was barely out of college, I attended a conference hosted by a Mennonite group. We were a small group, and the tone was informal. Still, I was shocked when a Bible professor and scholar declared that the parts of the Bible he couldn’t agree with (submission of women, homosexual prohibition, etc.), he just ignored. How could this man think he had the authority to edit God’s word?

I understand the temptation to ignore problematic passages. When I read 1 Corinthians 11:7-10 (which isn’t often), I feel so angry sometimes I cry. I hate that those four verses are in my beloved Bible. Yet there they are. I trust the Holy Spirit will bring me to a place of peace about them by and by.

This column is an example of a Christian (me) arguing a theological position with the Bible as back-up. I have quoted Scripture multiple times in this column and I freely admit that I am convinced the Bible supports my position.

That said, with a bowed head and heart, I kneel with awe before the Word that was in the very beginning and is already at the end.

The Bible says it. I believe it. Someday God will settle all things and I will fully know. Until then, I might be wrong.