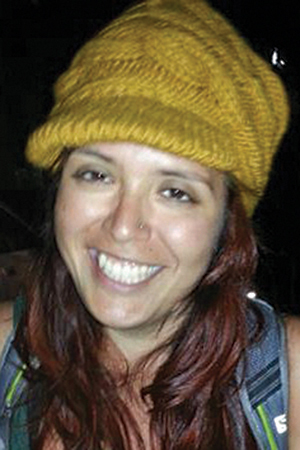 In my last column, I shared reflections on the process of returning to one’s roots, a process I’ve been engaging in since my faith community of Seattle Mennonite began discussing the Doctrine of Discovery.

This led me to reach out to my father, whom I hadn’t seen since I was 5 years old.

I also shared how that reunion did not turn out as I planned but that I found comfort in the act of reaching out and making the attempt, in faithfully abiding God’s invitation to make what I name the Eternal Return.

Since that time, I’ve sought out ways to incorporate physical activity as contemplative prayer, aware that while I may not be processing emotions and challenges intellectually, the heart and spirit are different entities, parts that are nourished, in some unspoken way, by movement, by our bodies connecting with spirit and our minds getting out of the way.

This led me to sign up for my first marathon in October. I’ve run half-marathons in the past, but when training for a full marathon, that doesn’t feel like it matters. During the longer runs, I’ve noticed the same process of soul echoes whispering in my ear as they did in Nepal, this time about different things. (Or perhaps they are the same things, and I just haven’t run long enough to understand the connection yet.)

I turned to running about five years ago.

I was in a season of stagnation. At the time, I thought it was with my workout routine. Usually, exercise (or sports or dance) gave me a chance to unwind, have fun and relieve stress. But suddenly my usual circuit wasn’t working. I was still wound up when leaving the gym, still not sleeping well, still generally antsy.

What better way to break the boredom than a new challenge, I thought. And so, never having run before, I found myself a half-marathon training guide. For the first couple weeks, it worked. But surprise, surprise, in week three, the boredom returned. I started skipping the midweek three- or four-mile runs. Then I stopped stretching. I thought, As long as I achieve the desired end, does it really matter how I do it?

I got my answer the morning after my first eight-mile run. That’s when I woke up unable to walk. I had noticed a foot cramp in the runs before, but I did what I always did, ignored it and powered through. And it went away. This time it stuck with me a couple of mornings. But by then, it was the holiday season, which offered the perfect excuse to just set aside the whole half-marathon idea anyway.

What I couldn’t set aside was the foot pain.

After four months of ignoring it and powering through, I could barely put any weight on my right foot. I couldn’t bike, dance or walk without pain and developed a consistent limp. I tried special insoles, pain meds, but nothing helped. All the while, I longed for those days when I could just wake up and walk, without giving it a second thought.

When you have limited physical mobility, often, it’s just you and your thoughts. This time, I couldn’t run from the boredom. It was right there with all the anger, shame and frustration I felt.

I look back on that injury, and further into the past, and it becomes obvious how my ignore-it-and-power-through mentality shaped me throughout life. As a kid growing up amid physical abuse and poverty, this mentality was helpful, even necessary to survive. But once I left home, it morphed into a perpetual desire to run away. Sure, I did it through travel, random adventures or good opportunities, so people hardly noticed. But I was also doing this with relationships and commitments, leaving or flaking out when things got too intense or demanding, never staying in one place long enough to really be known by others.

In getting ready for October, I’ve come face to face with the challenge and beauty of true presence.

When running, my mind—with all its thoughts about what could be, how much “greener” the grass over there surely is, all its fears of how I should be more this or that—is forced to take a back seat. My body gets to call the shots, and I have no other choice but to be with what’s right in front of me.

True presence brings freedom. I now notice ways I was “on the run”—from God, from my body, my past and even other people at times. As I move closer toward that October goal and further along the faith journey, my new prayer is to embrace every step, whether joyous or anguishing, each in its own time.

Jenn Carreto is a member of Seattle Mennonite Church. She can be reached at jcarreto@jhu.edu.