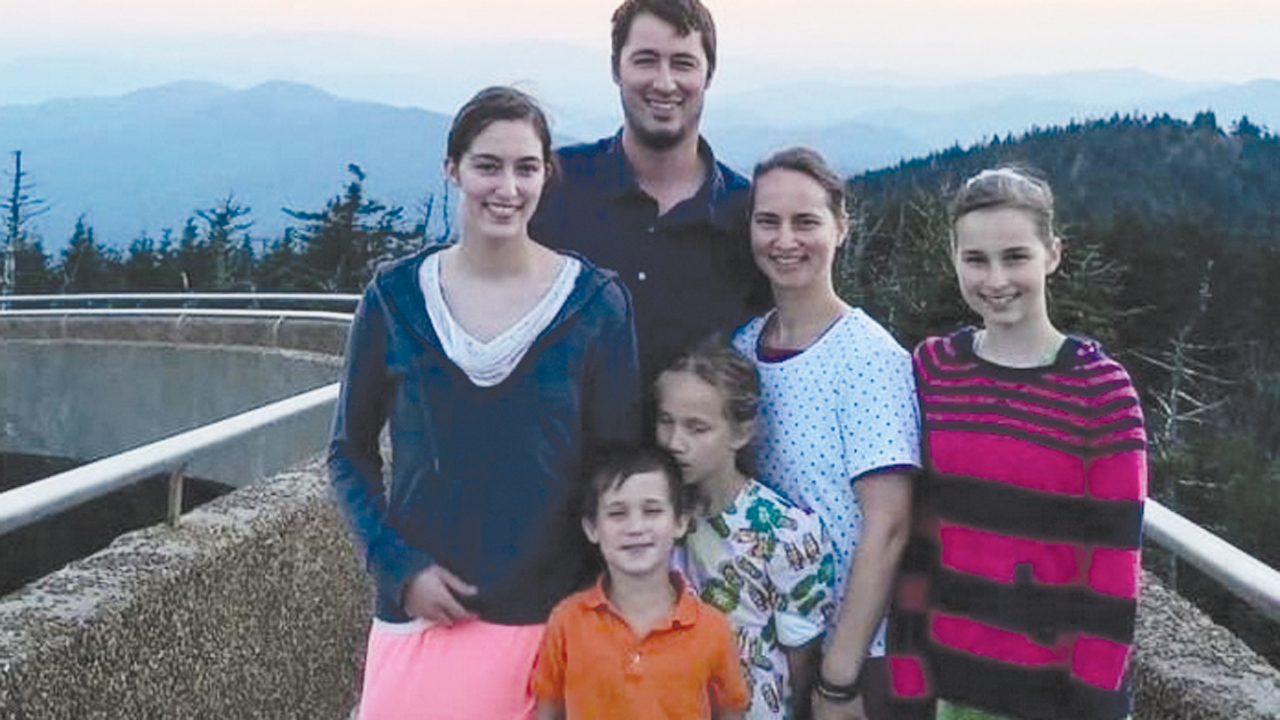 Wilma Hochstetler, center, of Worthington, Ind., was fatally shot Sept. 17 in Indianapolis. Her husband Jonathan was shot in the neck and is recovering in the hospital. — gofundme.com

An Indiana woman was fatally shot and her husband critically injured Sept. 17 when two men robbed the couple while they were parked on the side of an Indianapolis highway in the middle of the night to change a tire and fix broken tail lights.

Wilma Hochstetler, 40, of Worthington died at the scene. The Indianapolis Star reported her husband, Jonathan, was shot in the neck and was conscious after having surgery to fuse three broken vertebrae in his neck. He is not paralyzed.

The couple are parents of four children, ages 16, 14, 9 and 6, and attend Sonlight Chapel, an unaffiliated Anabaptist congregation in Washington, Ind.

“It’s a very traumatic event,” said Sonlight Pastor Marlon Wagler in an Anabaptist World interview. “The girls found out the next morning mom was gone. The boy was in the pickup and watched these men shoot his mother.”

Jonathan Hochstetler’s father, Sam Hochstetler, told the Star his son owns a roofing and gutter business about 80 miles away in Bloomfield and was at a work site in Indianapolis the evening of Sept. 16 when a trailer tire blew out. He sent his work crew home with a truck, and Wilma, along with their 6-year-old son, drove the truck back to Jonathan with a replacement tire.

After midnight, the tire was fixed, but then the lights did not work. As those were being fixed, two men walked up with guns and demanded money and Wilma Hochstetler’s phone.

“Jonathan told us that [the robbers] turned around and started to walk away,” Sam Hochstetler told the Star. “All of a sudden, they just turned and shot. His wife was instantly killed.”

Jonathan Hochstetler made his way to the vehicle, where the son handed him a phone to call police. Police arrived at the scene around 1:30 a.m.

Sam Hochstetler met with media Sept. 18 and read a letter he wrote to the people of Indianapolis.

“I feel no hatred, bitterness, anger, nor revenge towards the two Black men that murdered my daughter-in-law,” he said. “I extend forgiveness for the two murderers. Revenge only begets more violence. My heart’s desire for them is that they would repent, to fall on their faces before the Lord Jesus, and cry out for mercy for their own souls’ sake.”

An online fundraiser at gofundme.com had raised more than $171,000 for the family by Sept. 22.

Wagler said on Sept. 22 the school was hosting the service because its gym can hold more than 1,000 people.

“The children, obviously they’re struggling,” he said. “Mom’s gone. Dad’s in the hospital. Aunts and uncles are trying to do what they can.

“Dad is doing as well as can be expected. Today’s his 40th birthday. There’s lots and lots of heavy stuff happening for him.”