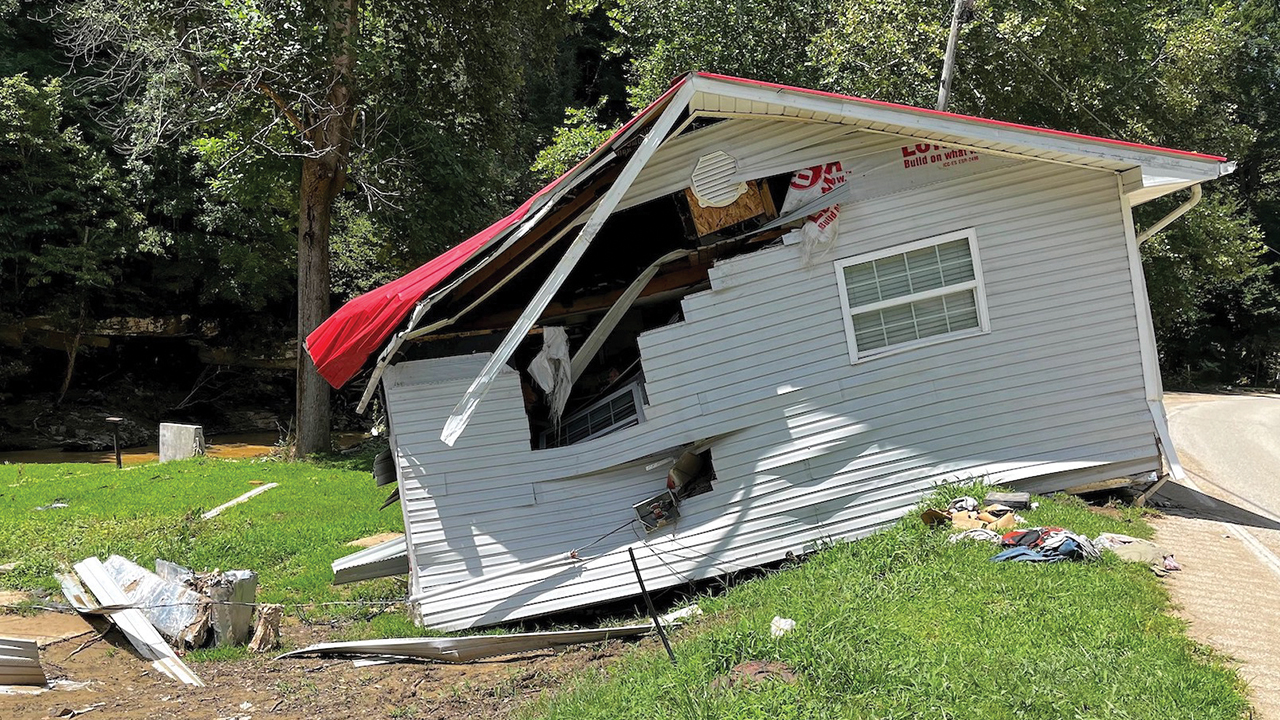 A home is washed off its foundation near Hindman, Ky. — Kevin King/MDS

“The need is overwhelming,” said Larry Stoner, MDS regional operations coordinator, describing the aftermath of the historic deluge in late July that killed 38 people in a rural corner of the state.

Only 1% of properties in the hardest-hit counties of the state have federal flood insurance, government records show.

“We would like to respond in several communities in Breathitt, Clay and Perry counties, and we just don’t have the volunteers right now,” Stoner said.

Early Response Teams from MDS are already on the ground, mucking out homes before harmful mold gets worse. Many homes took in several feet of water.

“All of the wet debris, furniture, flooring and wall board that’s wet has to be taken out,” Stoner said. “Volunteers will be mucking out a messy, flooded house.”

He added that time is of the essence.

“Mold began growing the day after the water went down, and it will only get worse as time goes on,” he said. “These houses will deteriorate if we don’t act quickly.”

If volunteers could spare anywhere from a couple days to a week, flood survivors would be much further along on the road to recovery, said Deanna Frey, MDS volunteer coordinator for weekly volunteers.

“Please pray about coming to Kentucky,” she said. “We are ready for you. Flood survivors are waiting for you — they are waiting for hope to come to the hollows so they don’t feel forgotten.”

She acknowledged that people are busy during late August and early September, and they don’t often think of volunteering.

“But this is urgent,” she said. “We need to respond now. Please, sign up.”

Information about volunteering is at mds.org.