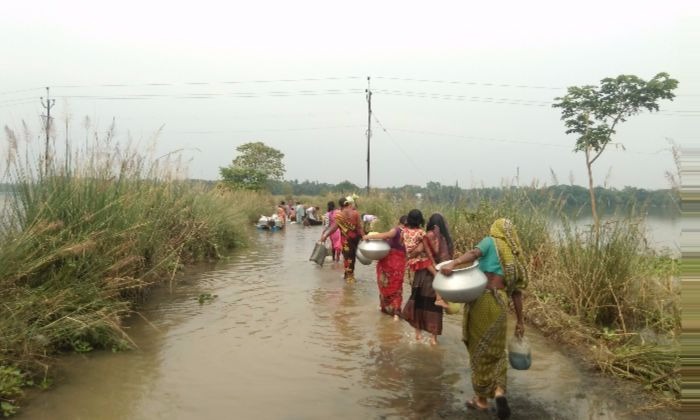 If you’ve been following Mennonite Central Committee (MCC) online, you may have seen recent calls for extra financial support. The international relief and development organization finds itself stretched to respond to large numbers of crises around the world.

Over all of the previous fiscal year (running April through March), MCC responded to 31 disasters; in the first six months of this fiscal year, the organization has already responded to 26, and that number continues to rise. In addition, a number of factors are contributing to donor fatigue and difficulty in raising funds to respond.

Bruce Guenther, MCC’s disaster response director, notes that the organization is responding to a large number of long-term, ongoing crises that are no longer receiving much coverage in international news media. These crises include work in places like South Sudan, where widespread drought has led to rapidly deteriorating conditions. MCC also is working alongside local partners to coordinate long-term responses in locations including Colombia, Iraq, Syria and Ukraine.

In addition, this year has seen new natural disasters—including massive flooding in Bangladesh, India and Nepal and an earthquake that ravaged Mexico City in September—as well as new upsurges in violence in places such as the Democratic Republic of Congo. Guenther notes that the frequency and intensity of weather-related events also seems to be increasing, in keeping with scientific predictions about the impacts of global climate change.

“There is a growing number of conflicts and disasters we are responding to, and they just pile on,” said Guenther in a Sept. 29 phone interview. “The need doesn’t go away. The need grows and you just keep adding more conflicts.”

Guenther says MCC has received “very generous donations” to respond to the crises in Syria and Iraq, but the organization has seen donations drop off as natural disasters and crises in the United States lead to less North American media coverage of international disasters.

Guenther and his colleagues recognize that the news cycle has been overwhelming recently.

“When these things happen all at once, you can’t keep track of what’s going on,” he said. “I think people become overwhelmed and kind of shut off.”

But he also wants people to know that their dollars make a difference and that MCC is committed to building local relationships and working to build resiliency so that, when these events happen, they are ready to respond.

“Maybe this all feels overwhelming or disorienting,” said Guenther. “I want people to know that their work makes a difference and that we are trying to support our brothers and sisters around the world.

As an example, Guenther cites work in Haiti, which was recently hit by Hurricane Irma. MCC’s work alongside local partners allowed them to respond and begin relief efforts within 48 hours. Prior to the Hurricane, MCC and partners had also been working at cholera prevention efforts, and thanks to this groundwork, Guenther says that many of the communities they worked in have seen no cases of cholera, despite outbreaks in surrounding areas following the Irma.

You can learn more about MCC’s disaster relief efforts around the world and donate online.