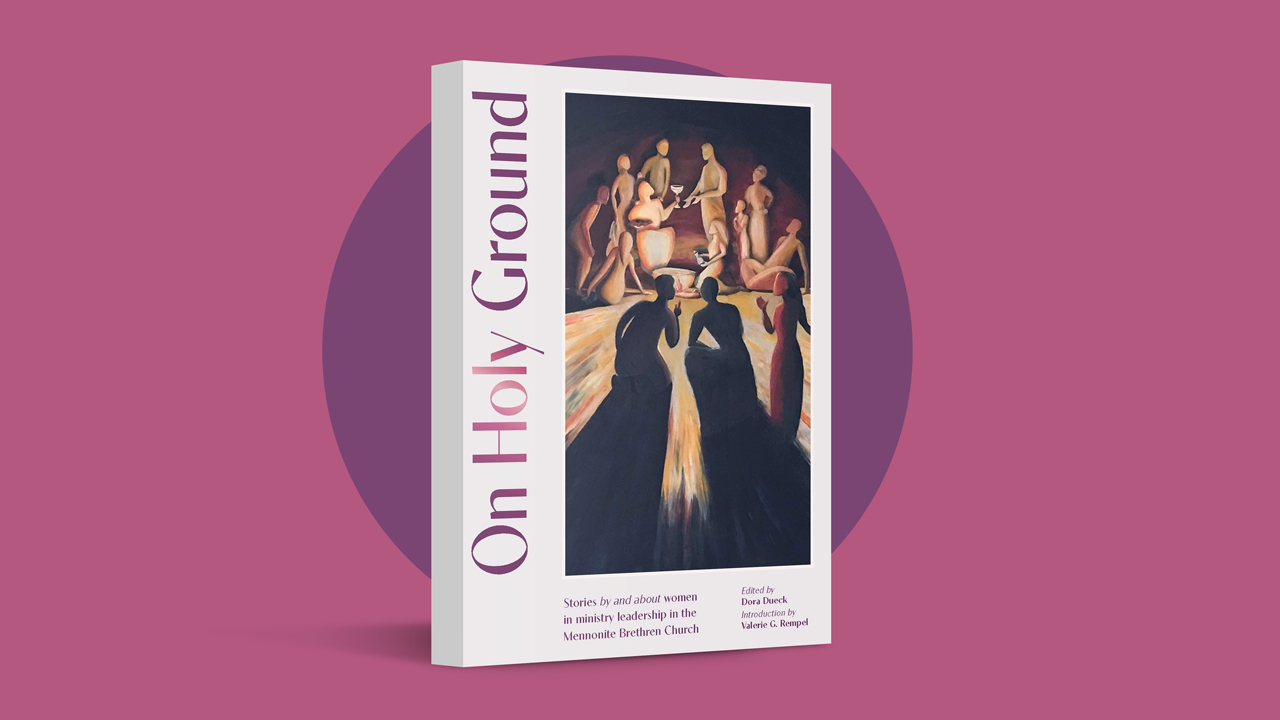 This article was updated July 7 with a statement from denominational leaders.

The goal of On Holy Ground: Stories By and About Women in Ministry Leadership in the Mennonite Brethren Church is to validate the voices of MB women in ministry.

Now one of those voices has been partly silenced.

Through the stories, edited by Dora Dueck, a former editor of Mennonite Brethren Herald, the women share about the challenges and joys of ministry along with the struggle to have their gifts and voices recognized and affirmed by the denomination.

In mid-March, the commission was informed by the Executive Boards of the U.S. and Canadian Mennonite Brethren conferences that three pages in a story by Mary Anne Isaak, pastor of River East Church in Winnipeg, Man., could not be published.

The message was given to Don Isaac, chair of the commission, by Don Morris, national director of the U.S. Mennonite Brethren Conference.

Isaac was told the three pages — which raise the question of whether the silencing and marginalization of women’s voices by the denomination for generations might be similar to what is happening today to members of the LGBTQ community — were not acceptable.

He was also told that Kindred Productions, the publisher of MB resources, would be informed to halt production of the book — a misunderstanding on the part of the leadership of the two conferences, since Kindred has not been involved in printing the commission’s books for a number of years.

As a result of the confusion, the message was not conveyed to Jon Isaak, director of the Centre for Mennonite Brethren Studies in Winnipeg and the person responsible for the publication of the book.

It wasn’t until mid-April that Isaak was notified about the decision, by which time he had printed 300 copies.

As was his practice with previous books published by the commission, Isaak sent copies to the authors and the book’s endorsers — about 30 in all.

Once the two Executive Boards learned the book was already printed, they ordered Isaak to halt distribution of the book and to recall the complimentary copies.

“I was surprised to get that directive,” said Isaak, who is married to Mary Anne. “It was not made clear to me why those three pages were controversial, just that they had to go.”

Since the two conferences fund the commission and its work, they had the right to intervene in the publication of the book, Isaak said.

“It’s a standard arrangement in denominational publishing,” he said. “But I can’t think of any other time when it has happened in the Mennonite Brethren denomination.”

Isaak consulted the commission’s executive committee members. They agreed to halt distribution of the book but not to recall the complimentary copies.

He took the remaining 270 copies to the Canadian Conference of Mennonite Brethren Churches office, where they were destroyed.

Leadership of the two conferences apologized for the mix-up and told the commission they would help pay to reprint the book — as long as the three pages from Mary Anne Isaak’s essay were removed.

The commission agreed to that proposal and amended her essay. The book was then republished and launched in June in Abbotsford, B.C., and Winnipeg, without the missing pages.

Jon Isaak is mystified by why the three pages needed to be withdrawn.

“The book was vetted by commission members, and nobody saw any problems,” he said, adding On Holy Ground is not a book of theology but a collection of life stories by the 15 authors.

“It’s not a theological treatise,” he said. The book contains a standard caveat at the front indicating the views expressed by the authors do not necessarily represent the views of the two conferences or of the commission.

“If the leaders of the two conferences should be worried about anything, it’s about how these women were treated over the years by their denomination,” he said. “There’s quite a bit to be bothered about in their stories.”

For Mary Anne Isaak, the experience is also mysterious since nobody in U.S. or Canadian Mennonite Brethren national leadership talked to her about removing those pages.

“I wasn’t trying to persuade anyone to believe one way or another, or tell anyone how they have to do church,” she said. “It’s my story and the questions I have been asking as I seek to be a leader and pastor today.”

In the missing pages she recounts her experience at three churches where the subject of LGBTQ welcome and inclusion came up, and her learnings along the way as she worked with other clergy to minister in those situations.

By ordering the three pages removed, the message she gets from conference leaders is “my own experience in ministry isn’t validated.”

For her, it’s a great irony that her voice as a woman in ministry is “silenced” in a book designed to feature the voices of women’s experience in ministry.

“That makes me feel sad,” she said.

The Canadian and U.S. Mennonite Brethren Conference Executive Boards released a statement July 6 about the removal of the three pages.

While acknowledging the book is a collection of women’s stories about their experiences of encouragement and/or discouragement as they served in various roles, “three pages of one author’s writing suddenly departed to record reflections, experiences and questions about her evolving perspective on gay, queer and transgender folks and the MB church,” the boards said. “The writer describes her journey where she expresses joyfulness at the marriage of a Christian woman to her same-sex partner and how she found her ‘perspective on gay marriage beginning to turn.’ ”

These three pages, they said, “move beyond the recording of personal experience about being encouraged and/or discouraged in leadership, to more of a mini-theology essay advocating for a type of LGBTQ+ inclusion in conflict with a straightforward reading of our MB Confession of Faith.”