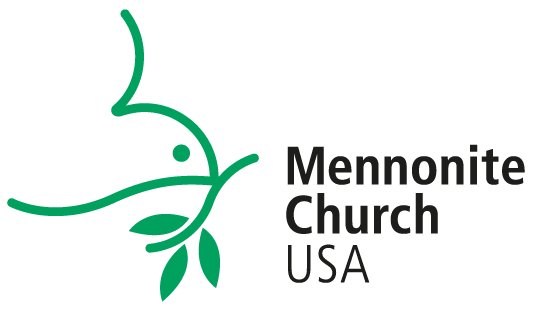 The Executive Board (EB) of Mennonite Church USA has released the written report [1] from the Membership Guidelines Advisory Group. According to the group’s charter, the 21-person [2] volunteer group met for a one-time working session in November to “generate option(s) for how to best discern the future of the Membership Guidelines in a way that builds up the church and embodies the ‘Renewed Commitments for MC USA,’ including MC USA’s values of diversity and inclusion.”

The group’s report was submitted to the EB for review in December and was discussed at the EB meeting Jan. 17-18 in Kansas City, Missouri. According to MC USA moderator Joy Sutter, the discernment process is ongoing.

“The Executive Board is grateful to the advisory group members for their participation and commitment to the church,” Sutter says. “We appreciate their openness and strong desire for transparency.”

The advisory group’s report includes background on the history and role of the Membership Guidelines, an acknowledgement of the harm done to LGBTQ people as a result of current policies, five nonbinding recommendations for action, as well as process ideas for a church-wide discussion on belonging.

Among their five recommendations, the advisory group overwhelmingly supported the retirement of the Membership Guidelines. Michael Danner, MC USA associate executive director for church vitality, who participated in the advisory group meeting, says the reasons for agreement varied.

The advisory group’s recommendations for continuing the denomination’s discussion on the Membership Guidelines include a “church-wide study on identity, identification and belonging” through small group study, webinars, resources for conference assemblies and a suggested “common read” book.

The EB reviewed the report at its recent board meeting and discussed the role and effectiveness of the Membership Guidelines, how the guidelines fit into the church’s mission and vision, the board’s role in the ongoing discernment process, hopes for the future and concern for the well-being of LGBTQ people within MC USA. The EB acknowledged discernment on the Membership Guidelines cannot be detached from the impact the guidelines have had on LGBTQ people.

The EB identified the following next steps in the discernment process:

MC USA executive director Glen Guyton says, “The convening of the Membership Guidelines Advisory Group is an important part of the process of building trust and listening to diverse voices. It’s part of the larger discernment process that includes church leaders, conferences, congregations and delegates.”

As the recent EB meeting concluded, board member Earl Kellogg said, “I am encouraged, and my respect for the church is increased. I am heartened by the spirit of this theologically diverse group and our shared sentiments about what is at stake and our shared vision of hope and healing for the church and our future generations.”

Sutter says, “The EB welcomes your prayers as we lead the church forward in the hope of strengthening our Anabaptist/Mennonite witness in the world.”

About the Membership Guidelines Advisory Group

The 21-person volunteer Membership Guidelines Advisory Group was commissioned by the EB to gather for a one-time working session Nov. 15-17, 2019, in Chicago. Three staff members also attended. The group was facilitated by Catherine Barnes of Eastern Mennonite University’s Center for Justice & Peacebuilding in Harrisonburg, Virginia.

The group’s role was advisory, and its purpose was to examine how the Membership Guidelines are functioning within the church, develop insight needed to frame issues arising from these guidelines and advise the EB on options for how the church might address this.

The advisory group members were selected to represent all regions of the country and to ensure a balance of age, gender, ethnicity, sexual orientation and identity, and theological breadth. Even so, the EB recognized the group did not include the voices of any Asians, Asian-Americans, Africans or openly transgender people.

Group members were encouraged to speak from their own perspectives and convictions, not on behalf of any constituency they may formally or informally represent.

The advisory group was not tasked with making theological statements about the role of LGBTQ people in the church. “Nevertheless, biblical interpretation and theological convictions were part of the conversation, as well as the recognition that polity impacts people,” Danner says.

[1] The “Report of the Advisory Group on MC USA Membership Guidelines” was prepared by the Membership Guidelines Advisory Group for review by the MC USA Executive Board. The views, thoughts and opinions expressed in the text belong solely to the participants and not necessarily to the participants’ families, employers, congregations or conferences and do not necessarily reflect the views of the MC USA Executive Board or staff.

[2] The Group also included three MC USA staff members and a professional moderator. The moderator and one volunteer did not participate in the polls presented in the report.