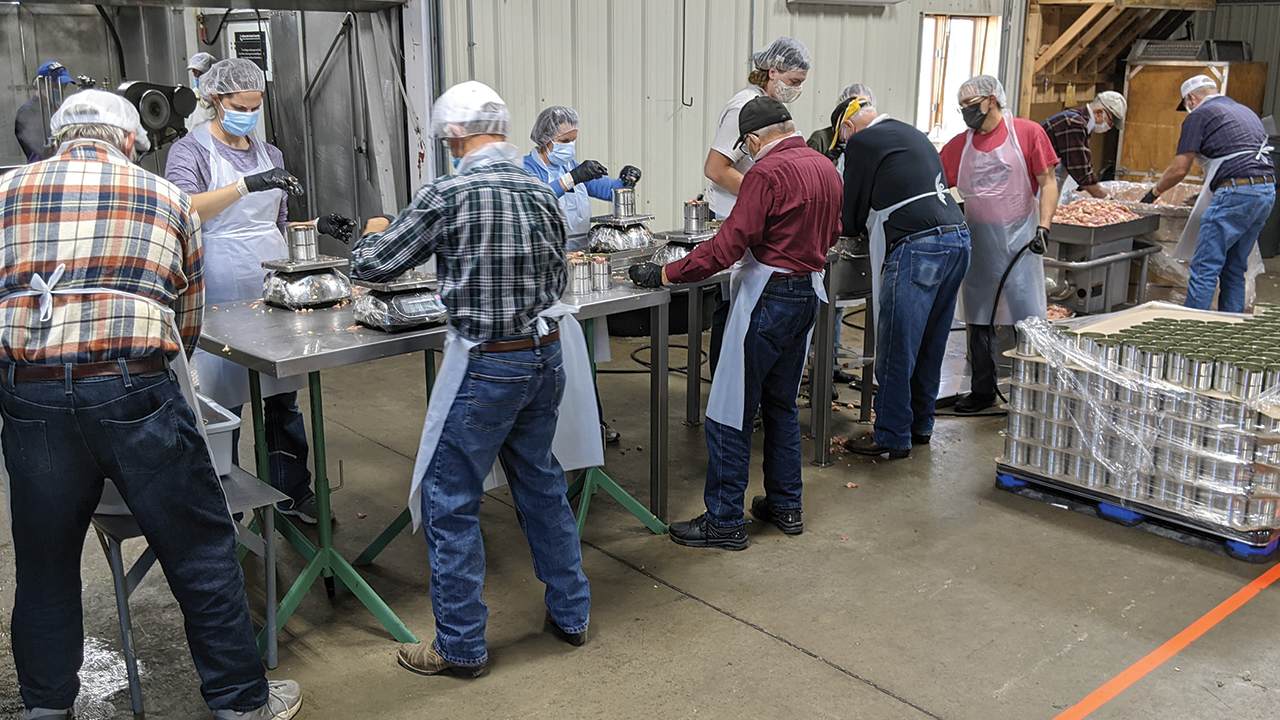 To be safe to eat, meat must be canned at a temperature of at least 240 degrees Fahrenheit. At last fall’s Mennonite Central Committee meat canning operation in Kidron, Ohio, the meat wasn’t the only thing getting its temperature checked.

Before getting to work, volunteers at Kidron’s Columbus Day weekend canning event had to check in with a nurse to get their temperatures taken and be screened for COVID-19 symptoms. That wasn’t the only change in this year’s MCC canning tour.

In a typical year, 30,000 volunteers across North America prepare 600,000 cans of meat for MCC disaster relief. The meat is processed by volunteers at over 30 locations from Oklahoma to Ontario as MCC’s mobile cannery tours the eastern half of the continent.

Despite changes due to the coronavirus pandemic, MCC’s 74th annual meat canning season is moving toward completing a reduced schedule filled with uncertainty.

“Normally we would plan months ahead for a canning location,” said John Hillegas, the meat canning coordinator for MCC. “These days we can only plan a month or two ahead, and that’s if we’re lucky.”

The 2020-21 canning season began Oct. 5 as usual, but only six of the 12 locations that usually can before Christmas held the event this year. Numbers for the spring are still uncertain.

The meat canning board in Kidron didn’t decide to go ahead with its event until late in the program.

The biggest change this year, said Trent Metcalf, a member of the board, was that volunteers were not allowed to work inside the canning trailer itself. Instead they were spaced out inside a repurposed bus garage at Central Christian High School, while the three MCC canning operators worked in the trailer alone.

“It kind of worked out well for us,” said Metcalf, as the new accommodations were both “more comfortable, and a whole lot quieter” than working in the crowded trailer.

The changes in North Newton, Kan., were more drastic. Instead of moving between locations on the southwest edge of the route, the trailer stayed at the MCC Central States headquarters for three weeks in November, letting volunteers do the traveling instead.

“The need is still there for canned meat,” said Jason Unruh, who coordinates among the four groups in the Newton area. “So it was nice to see everybody working together to do what we could.”

The spring half of the meat canning season started Jan. 5 after a break for Christmas.

Hillegas said the schedule for the next few months is still uncertain. But one thing is sure: The canning tour will not make it to Canada this year.

With the U.S.-Canadian border closed, Hillegas said, “the situation . . . was just not concrete enough to have any confidence that we would actually be able to cross” for the usual stops in Ontario.

It is too early to know how much meat will be canned this year, said Hillegas, but it will likely be considerably less than other years. The need for the canned meat has not gone down, though.

Hillegas is turning his attention to recruiting for next year’s season, when he hopes canning will be back in full swing. Three volunteers are operating the cannery this year, but Hillegas plans on the number returning to four, as long as he can fill the three empty spots still open on the 2021-22 team.

Ramont Harder-Schrock, chair of the canning committee in Mountain Lake, Minn., looks forward to getting back to canning when the pandemic is over.

The Mountain Lake event, which was canceled this year, isn’t just a service project, Harder-Schrock said. It’s a social event.

“There’s just as much visiting as working going on,” he said, “and the committee didn’t see a way to maintain the spirit of the event while also keeping everyone safe.” 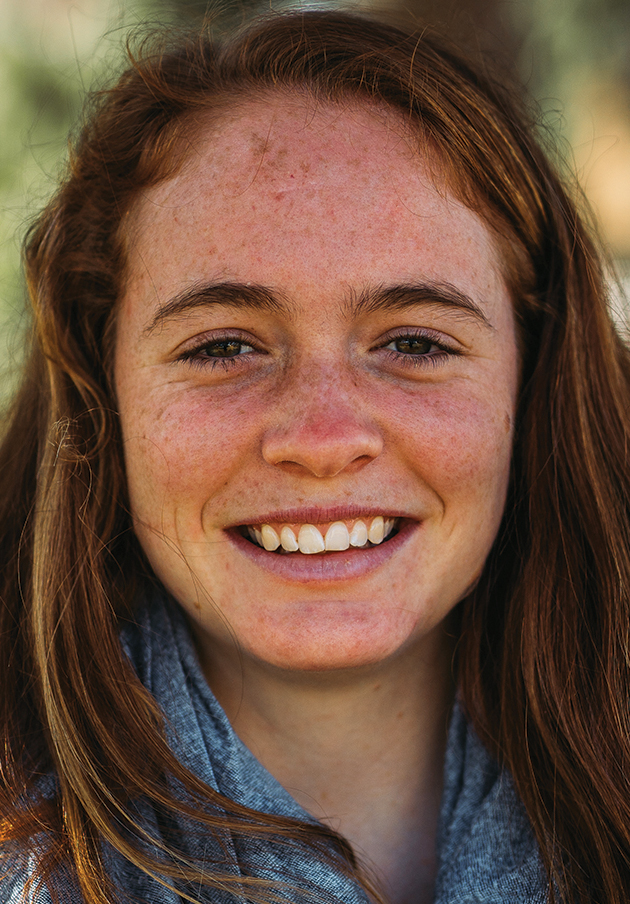