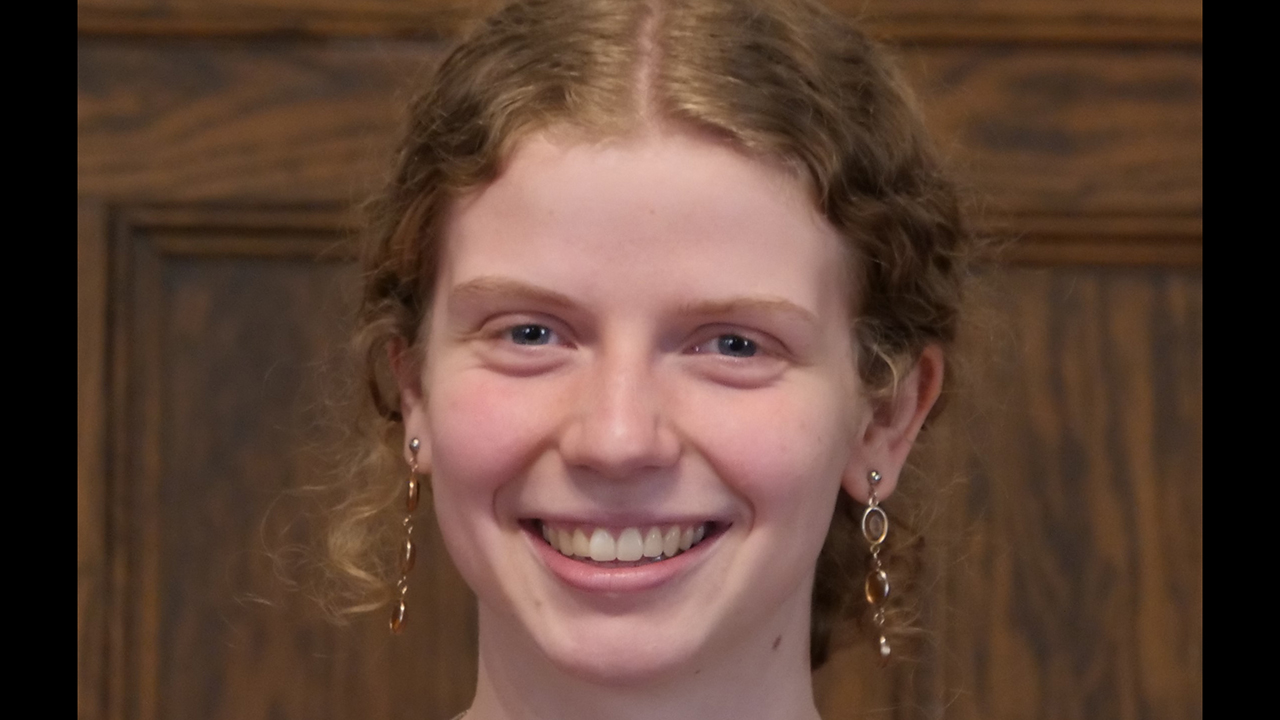 The winning speech in the C. Henry Smith Peace Oratorical Contest says food can be a tool for peacebuilding if Jesus’ invitation to join the feast is accepted.

Danika Warkentin, a student at Canadian Mennonite University, won the binational intercollegiate contest for students at Anabaptist colleges and universities that is administered by Mennonite Central Committee U.S.

Her speech, “Join the Feast,” draws inspiration from an experience she had while living in Burkina Faso. A stranger on the street offered her and her family a portion of his simple meal.

“He had faith that tomorrow, if he was hungry and had no food, someone might share with him. That’s feasting,” she said.

Food was central to Jesus’ ministry, from banquets with tax collectors to the feeding of 5,000 hungry people. Jesus modeled abundance and inclusion. Warkentin said food used in this way is a tool for peacebuilding.

At the same time, food can be used to exclude and oppress. Warkentin gives the example of Indigenous peoples being denied the right to shape their own communities’ food systems as oil and gas pipelines run through their land.

“I just cannot reconcile the example of Jesus, the hospitable Jesus, the Jesus that fed the 5,000, with the violence that is being committed in our very nation,” she said. “People are being excluded from the feast.”

Greta Lapp Klassen, a senior at Goshen College, won second prize for “Humanizing Our World, One Walkway at a Time.” Third place went to Elienei Mejia, a junior at Tabor College, for “America’s Problem with Immigration.”