Andrew Wright, in consultation with some MCC Central States and U.S. staff and board members 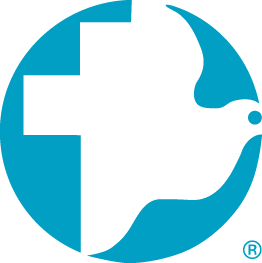 Mennonite Central Committee (MCC) is a worldwide ministry of Anabaptist churches that shares God’s love and compassion for all in the name of Christ by responding to basic human needs and working for peace and justice. In light of recent events, we are again compelled to denounce and condemn the racist ideologies of white supremacy as sin and as “cosmic powers” and “spiritual forces of evil” at work against the purposes of God in creation.

On August 12, 2017, hundreds of white supremacists marched in Charlottesville, Virginia, carrying torches, chanting racist and anti-Semitic slogans and advocating for the preservation of monuments memorializing the U.S.’ racist history. That history includes the mass killing and uprooting of Indigenous peoples; the theft and enslavement of Africans; the social and legal practice of Jim Crow; the racial disparities in the criminal justice system; the murder of nine followers of Jesus at a Charleston, South Carolina, church; and current policies, practices and procedures of the state that result in the disproportionate killing of black and brown people. It now includes the loss of counter-protester Heather Heyer, whose death we mourn and whose courage we admire.

While we Anabaptist Christians have been willing to join other movements for justice, we have too often been slow or unwilling to join the struggle for racial justice, failing to see white supremacy as the violence that it is. As MCC, we confess and repent such hesitancy and even blindness, which exacts an ongoing physical and spiritual toll on our sisters and brothers of color and leads to spiritual and moral decay for white people.

MCC rejects white supremacy and its violence in all forms—including white racism, white silence, white fragility and white privilege—as a scourge that continues the legacy of trauma inflicted on people of color. White supremacy and racism deny the dignity of each person.

As Anabaptist Christians we are called to follow the example of Jesus in community. To this end:

Therefore MCC commits in our work to reject white supremacy, and to respond to it as a form of violence. We interpret this to mean that our peace work in the U.S. consists of efforts toward:

Furthermore, we invite and call on our constituency to reject white supremacy, and to join us alongside other communities in forming creative and prophetic responses to racism as an expression of Anabaptist Christian convictions.