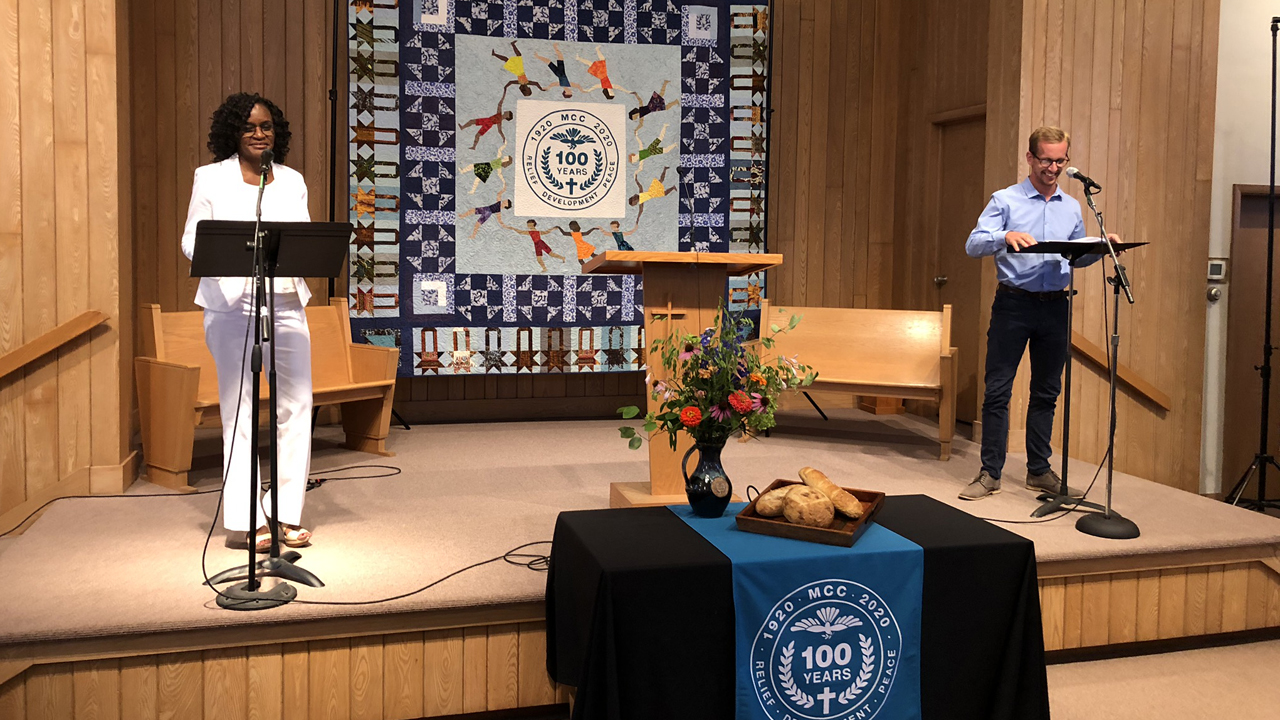 Almost 100 years ago, Vesta Zook boarded a ship for Constantinople where she eventually served as a superintendent of a children’s home and cared for malnourished children. Mennonite Central Committee was still trying to get food into southern Russia (present-day Ukraine), but in the meantime, volunteers like Zook responded to the needs of refugees in what is now Istanbul, Turkey.

Zook observed that the children often wore clothing made by women in sewing circles in the United States and Canada. She said she wished the women could see the children wearing them.

This was the beginning of MCC’s 100-year-old mandate of connecting people and helping them serve in the name of Christ. Today, hundreds of MCC service workers in 50 countries around the world and here at home continue this call to service. This service is part of our Anabaptist response to following Jesus.

I met David Bonilla and Marina Forero, a married couple, almost 10 years ago when they were leading a new Mennonite Brethren church and school in a poor community an hour outside of Bogotá, Colombia. They eventually had to leave the community after threats to their security from armed groups in the area.

The next time I saw Bonilla and Forero was in an MCC orientation for new workers. They were called to MCC service with a partner organization, Frontera de Cristo, in border ministries in Agua Prieta, Mexico. Today, they continue working in a school and migrant resource center as staff of Frontera de Cristo.

Bonilla told me that following Jesus is not just about knowing the Bible but about putting it into practice. He said, “It is a theology of the heart. If we [as Christians] are not going to be salt and light, who will be?”

MCC service workers strive to be more Christlike and open to change while crossing international, socioeconomic and cultural boundaries. As they do, they learn what it is like to be part of a global family of faith and see firsthand the legacies of colonialism, racism, unequal power and wealth distribution and the impacts of climate change.

“MCC has entirely shaped my life,” said Jeanne Zimmerly Jantzi, a longtime MCCer and current MCC U.S. board member who through MCC service was part of churches in the Democratic Republic of Congo, Nigeria, Indonesia and Thailand. “I will never be the same because of the experience of sitting in local congregations and worshiping in local languages. To hear the Scriptures as they are read and interpreted by people who are not North Americans has completely shaped how I see the global church and how I understand the Scriptures. And I will forever be thankful for those experiences.” Today she is superintendent of Central Christian School in Kidron, Ohio.

Hinojosa speaks of how she was shaped by her experiences in the Summer Service Program, which provides opportunities for young adults of color to serve in their home communities.

“I’m a female person of color in a culture where it’s very male dominant,” she said. “Through Summer Service I learned it’s OK to be a woman and a minority, and I’m able to lead a program. That was very empowering. Summer Service completely changed me as a person, as a woman, and it has affected me as an adult.”

MCC’s service programs also promote Christian unity as MCC supports participants and receiving communities in building relationships with each other.

In Riverside, Calif., pastor Jeff Wright of Madison Street Church, a Brethren in Christ community, underscores this giving and receiving nature of service. His congregation hosts young adults from other parts of the world as part of MCC’s International Volunteer Exchange Program.

“IVEP continues to nourish, challenge and equip us to be Christians that see the world with a bifocal vision: the local and the global,” Wright said.

Last year, Wright and a delegation from the church attended the wedding of Suvojit Mondal, a former IVEPer they hosted, in Dhaka, Bangladesh. Four years ago, Wright attended the wedding of another Madison Street IVEPer, James Kisku, also in Bangladesh. While there, Wright bought a spool of homespun green thread, the national color of Bangladesh, in a shop in Dhaka. He wears a small loop of that thread around his wrist to remind him to pray each day for Bangladesh and IVEP.

Wright says IVEP is the best way for a small to midsized congregation to be spiritually and missionally renewed through an intense engagement with the global community. He says his congregation’s experiences with IVEP have transformed the congregation and changed his way of pastoring.

One hundred years ago, Mennonite representatives met at Prairie Street Mennonite Church in Elkhart, Ind., and agreed to work together to help people in need in southern Russia. This July, MCC held a virtual centennial celebration in that very same church.

After watching the Prairie Street celebration, Kathy and Wayne Royer of Elkhart wrote to say that serving with MCC in Kenya and Lesotho in the 1960s and ’70s shaped their identity and worldview. “This combination of experience, reflection/theory and action became a powerful rhythm that has served us ever since, whether in Indiana or Africa,” Kathy Royer said.

She is grateful to MCC for providing these opportunities for 100 years: “We have cherished the two-pronged approach to life that MCC taught us — the centrality of relationships and the power of experiential learning. May it be so for many more generations of MCC workers.”

The prophet Isaiah says, “If you offer your food to the hungry . . . the Lord will guide you” (Isaiah 58:10-11). As followers of Jesus, we are compelled to share God’s love with others. As we serve and learn, we draw nearer to the heart of Jesus. And when we work to make a difference in the world, we are changed ourselves. 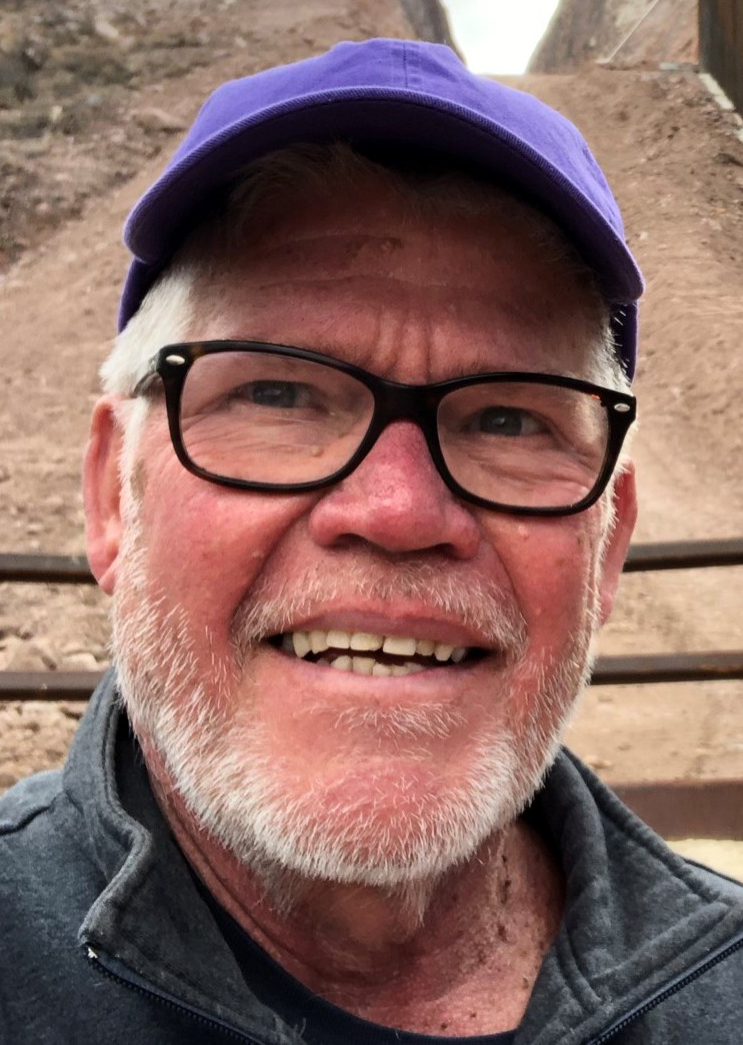