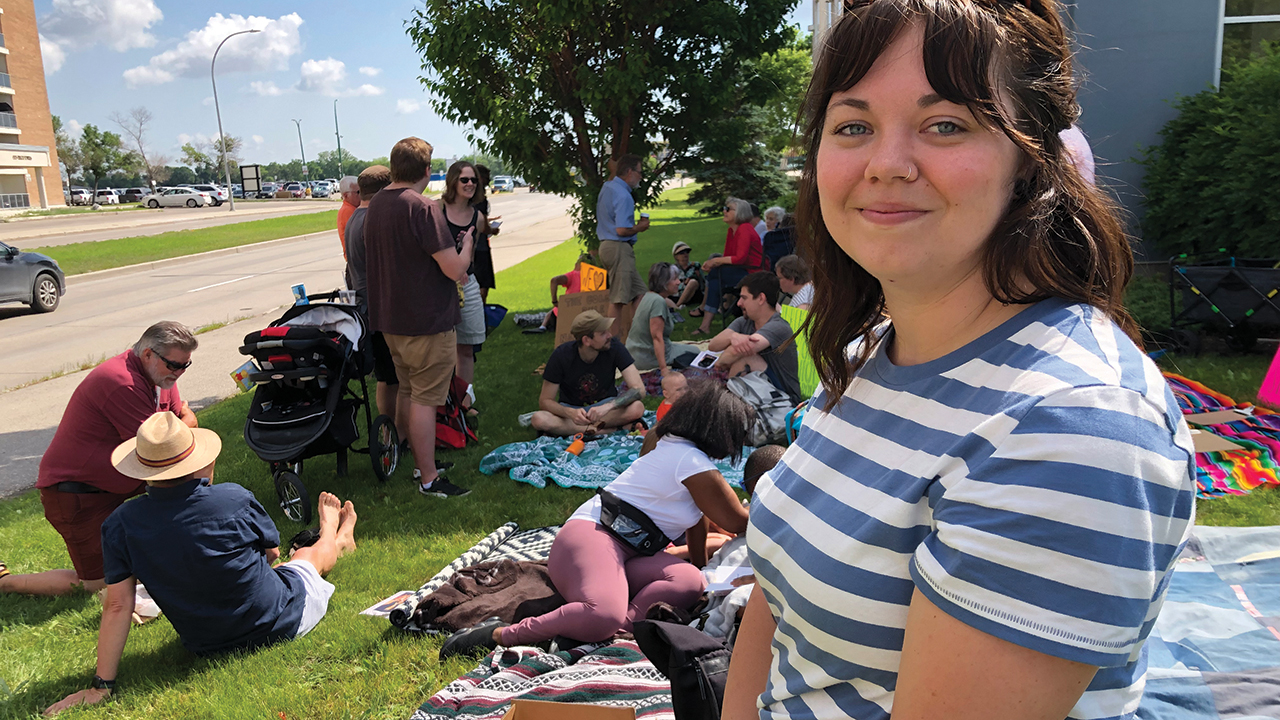 Picnic protest organizer Karissa Durant gathers with others outside the Canadian Conference of Mennonite Brethren Churches office in Winnipeg, Man., to register their disappointment with a decision to remove pages about LGBTQ inclusion from a book writen by female MB leaders. — John Longhurst

More than 100 people attended picnic protests July 13 in response to a decision by the Executive Boards of the U.S. and Canadian Mennonite Brethren conferences to remove three pages from a book in which women share about the challenges and joys of ministry along with the struggle to have their voices affirmed by the denomination.

Protestors gathered to show their support for the authors of On Holy Ground: Stories By and About Women in Ministry Leadership in the Mennonite Brethren Church in Winnipeg, Man.; Fresno, Calif.; and Waterloo, Ont.

About 70 people attended the picnic outside the CCMBC office in Winnipeg. Others gathered outside the Pacific District Conference office in Fresno and Waterloo Mennonite Brethren Church.

The protests were the brainchild of Karissa Durant, 30, a master of theology student at Canadian Mennonite University. She was inspired by reading the boards’ explanation.

“I felt it was disrespectful,” she said, adding she had sent a letter of concern to the conference.

Thinking more letters might fall on deaf ears, Durant decided it would be better if people could show up to honor the book and protest the decision.

“The irony is lost on no one,” she said of silencing a woman in a book meant to highlight women’s voices.

After learning about the Winnipeg event, Christa Wiens of Fresno organized a similar picnic. The message she wanted to see communicated was “this is hurtful, you asked to listen and then you didn’t listen,” she said.

Along with picnicking, participants made signs, bought copies of the book and signed thank-you cards for the authors.

In addition to the protests, Isaak was interviewed by CBC radio, and the picnic was featured on CBC television.