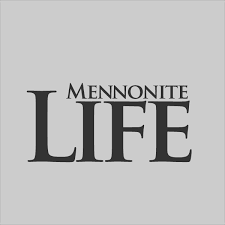 The 2017 incarnation of Mennonite Life, now live, is a special issue in that it is almost entirely devoted to one topic: whether Anabaptism is about to turn 500 and, if so, exactly what we should be celebrating.

The online-only journal is produced at Bethel College, North Newton, Kansas. The current issue can be viewed at ml.bethelks.edu.

That essay leads the issue, followed by 13 responses from Anabaptist historians and scholars from Canada, Colombia, South Korea and the United States.

In the beginning of his essay, Goossen notes that the purported 500th anniversary year of Anabaptism is 1525, though “the festivities have already begun” with commemoration of the date when Martin Luther posted his 95 theses on the door of Wittenberg Castle.

Mennonite World Conference this year began a “Renewal Decade” leading up to 2027, the 500th-anniversary year for the Schleitheim Confession of Faith.

“Uninterrogated in this question [of how the global church should celebrate 500 years of Anabaptism], however, is whether Anabaptism really is 500 years old,” Goossen writes, “and, if so, whether we should be celebrating the milestone at all.”

He continues, “I find myself uneasy about several of the underlying assumptions of this project, as well as the debates it has generated.

“At core, I worry that the anniversary celebrations reinscribe a patriarchal, Eurocentric understanding of Anabaptism – one that reflects neither the interests of a majority of members of our congregations worldwide, nor the basic tenets of our Anabaptist faith.”

In his “Editor’s Note,” Born expresses his hope that Goossen’s essay might “[foster] a lively conversation about how we might best remember and celebrate this history,” and his belief that the 13 respondents have begun just such a conversation.

Also included in this issue are reviews of Transformation on the Southern Ukrainian Steppe: Letters and Papers of Johann Cornies, Vol. I; Goossen’s Chosen Nation: Mennonites and Germany in a Global Era; a collection of essays from the 2010 Mennonites and Modernity conference at Bethel College; Mary Raber’s Ministries of Compassion among Russian Evangelicals, 1905-1929; James Juhnke’s A People of Two Kingdoms II; a collection of essays edited by Mary Ann Loewen, Sons and Mothers: Stories from Mennonite Men; and Royden Loewen’s Horse and Buggy Genius: Listening to Mennonites Contest the Modern World.