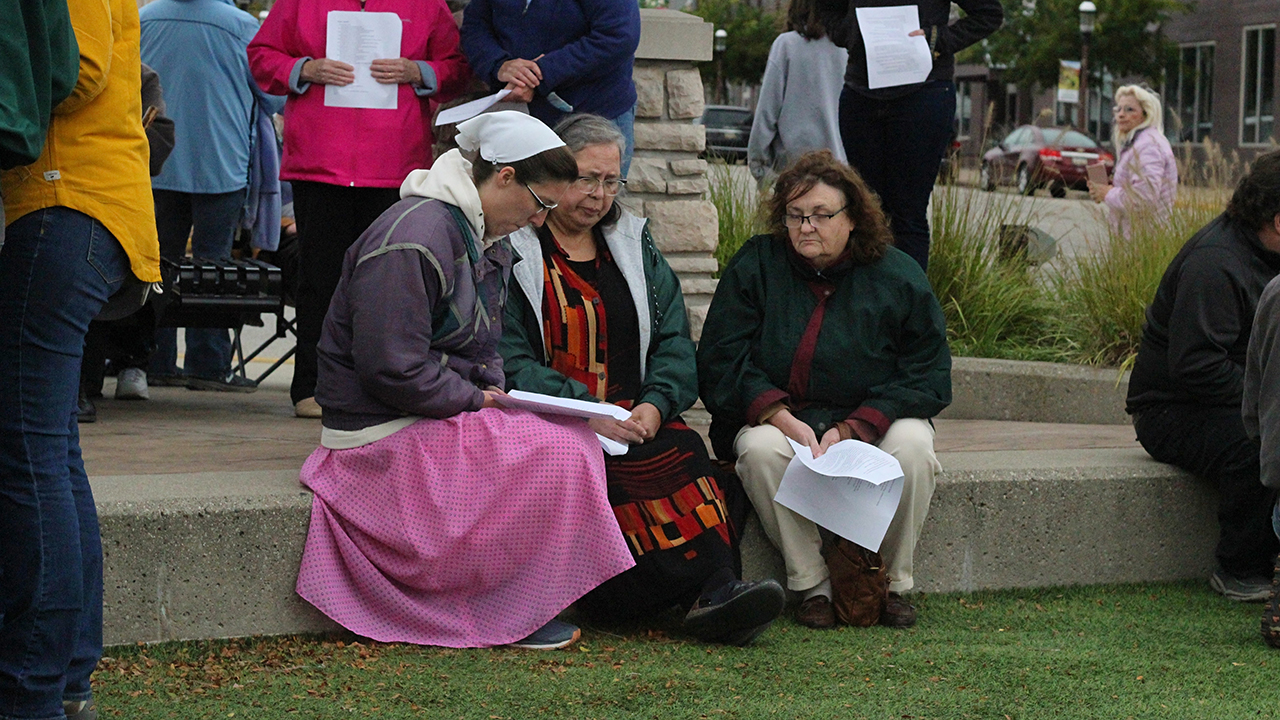 People gather Oct. 24 for a vigil in Hart, Mich., to pray for the return of 17 members of a Christian Aid Ministries group who were kidnapped by a gang in Haiti more than a week ago. Among those taken were four children and a parent from Hart. (Anna Liz Nichols/AP)

More than 100 people gathered Sunday in a small Michigan town to pray for the safe release of a local family among 17 members of a Christian Aid Ministries group kidnapped by a gang in Haiti more than a week ago.

The vigil in the western Michigan community of Hart took place after a video was released Oct. 21 showing the leader of the 400 Mawozo gang threatening to kill those abducted if his demands are not met. Haitian officials have said the gang is seeking $1 million ransom per person.

Those at the Oct. 24 vigil in a town park sang and prayed with pastors from several area churches for the safety of the mission workers.

Among those kidnapped were four children and one of their parents from a family in Hart, their pastor told The Detroit News. The youngest from the family is under 10, said Hart Dunkard Brethren Church Pastor Ron Marks, who did not identify them. They arrived in Haiti earlier this month.

Linda Dodge of nearby Hesperia, Mich., said Sunday that her church congregation was shocked by the kidnapping.

“The best thing we could hope for is that this family will shine so bright for Jesus among their captors, that they will terrify the captors out of doing anything to them at all,” Dodge said. “That that love will shine through so much, that they are just afraid to touch them in any way.”

A spokesman for Ohio-based Christian Aid Ministries has said the families of those kidnapped are from Amish, Mennonite and other conservative Anabaptist communities in Ohio, Michigan, Wisconsin, Tennessee, Pennsylvania, Oregon and Ontario.

The FBI is helping Haitian authorities seek the release the 16 Americans and one Canadian. A Haitian human rights group said their Haitian driver also was kidnapped.