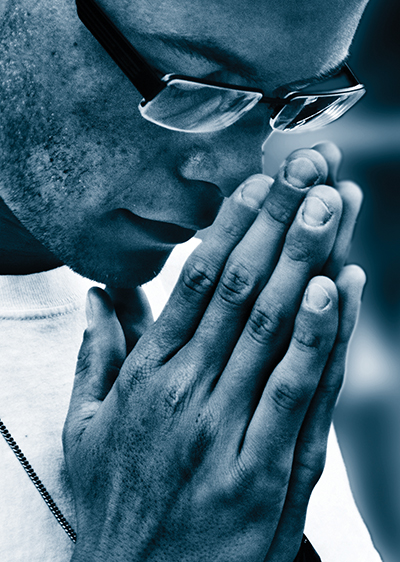 A bestseller in the year 2000, The Prayer of Jabez quotes 1 Chronicles 4: 10, where Jabez cries out to God, “ ‘Oh, that you would bless me indeed and enlarge my border, and that your hand might be with me, and that you would keep me from hurt and harm!’ And God granted what he asked.”

The prayer bothers me.

Once the word got out that some folks had enlarged their border this way, wouldn’t that start a land rush?

Still, for many Christians, prayer seems to involve making requests that produce results.

In fact, that spirit animated my first prayer, this cheerless ditty: “Now I lay me down to sleep / I pray the Lord my soul to keep / If I should die before I wake / I pray the Lord my soul to take.” I doubt my mother knew the verse came from The New England Primer, first published in the late 17th century (which also gave us the grim verse “Xerxes did die / And so must I.”)

Christians who doubt that the Almighty is a radical interventionist still may return, in times of struggle, to begging God for help. I did.

For a spell during my agnostic years, my rage at a friend who cut me off had me begging God for the revival of the relationship. Nevertheless, in time some inner scold took to berating me for trying to use God like Extra Strength Tylenol.

Indeed, I have tried a variety of routes to approaching the Almighty, but at some point, I came to agree with philosopher Soren Kierkegaard, who said: “A man prayed, and first he thought that prayer was talking, but he became more and more quiet until in the end he realized that prayer was listening.”

In my case, asking God for favors never produced a lot of results. As a young man, I was a fevered mess, never so much as during my freshman year at the university. I prayed desperately for Jesus or God or whomever to give me a sign that they weren’t fictions. But they didn’t seem to fancy my desperation and kept still. I left the church for 32 years.

So when I reengaged with Christianity at age 50—I chose the Mennonite church in a Kansas university town, and 17 years later I’m sure I was right—I was ready for God’s silence. I have learned to wait, without expectation, for a little something, a nudge or word perhaps. (During that period of my life when I was enraged at my friend, my pleas for peace led to my hearing a single word several times, at various intervals: Wait. Eventually I learned to pray for an end to my anger, not the return of my friend, and that helped.)

Yet I still find it hard telling what comes from the divine and what’s just background noise. I’m like one of those astronomers who, in the search for extraterrestrial life, use radio telescopes to sift through electromagnetic radiation, hoping to receive a telegram from the stars.

The 19th-century psychologist William James managed to juggle his yearning for faith and his doubt in a way that kept them in tension without creating despair.

“We have heard much talk of late against prayer, especially against prayers for better weather and for the recovery of sick people,” James writes. Then, giving a nod to science, he adds: “In certain environments prayers may contribute to recovery. The case of the weather is different. … Everyone now knows that droughts and storms follow from physical antecedents and that moral appeals cannot avert them.”

Further, James writes, the influence of prayer may only be internal, such that “what is immediately changed is only the mind of the praying person.” When I read those words, I want shout, What do you mean “only”? I’ll take it.

At times, I’ve wondered whether I’m praying to the right part of the Triune God. Frankly, I tend to overlook Jesus, thinking of him as the blueprint for human action—the model for us to follow as we engage with our fellows—and of God as the healer. I ignore the moment when Jesus tells Thomas, “No one comes to the Father except through me.”

About the Holy Spirit’s role, Romans 8:26 notes that at times “we do not know how to pray as we ought, but that very Spirit intercedes with sighs too deep for words.” Given my frequent bafflement about what I’m doing when I pray, I’ll take all the help I can get.

At one point, my failures with prayer led me to a spiritual adviser, a bearded Episcopal gnome named Joe, who coached me in contemplative prayer, a practice that emphasizes prayer as a soul soother rather than a prybar.

Joe and I met once a week, working from Tilden Edwards’ Living in the Presence. It contains 27 exercises in contemplative prayer. Before I describe a few forms of contemplative prayer, I want to address a question: What is contemplation? Thomas Merton, in his book Contemplative Prayer, defines it as expectant listening, “and yet in a certain sense, we [will] truly begin to hear God when we have ceased to listen.”

It annoys me when mystics say stuff like that, but then Merton tries to clarify himself, referring to “a higher kind of listening, which is not an attentiveness to some special wavelength, a receptivity to a certain kind of message, but a general emptiness that waits to realize the fullness of the message of God.”

Reading Edwards, I learned about centering prayer. You choose a word to signify your willingness to be quiet in God’s presence, returning to the word whenever thoughts start to march through your head. I also experimented with lectio divina, letting myself enter a scene described in a passage of Scripture.

Normally, my mind is so crowded that, amid the racket, it’s hard to hear God.

During contemplative prayer, the street bazaar of consciousness shuts down, replaced by a warm quiet.

Yet after I return from this space, I keep thinking there is more, well, more of God somewhere. I think that maybe all I’ve really found is a cool way to meditate, not the mysterium tremendum. Part of the problem is simply not knowing what to expect. God is said to communicate through dreams, fantasies, intuitions and the fabled still, small voice, but also, perhaps, through the chance utterances of friends or strangers, through accidental meetings, through losses and crises.

If I’ve seemed to narrow the motivations for prayer to petition and contemplation, I acknowledge many other motives, including, for example, confession, gratitude and adoration. Inside a cathedral in Peru, I once watched people gather around a statue of Christ. One man was at Christ’s side, gazing, riveted, at his face, and reaching toward the figure. His rapture alone seemed a kind of prayer. I sensed he was in a relationship that I knew nothing about.

Church is for Sundays, a little more often if you’re an evangelical. But prayer is a way to go to church every day—or every minute.

In J.D. Salinger’s Franny and Zooey, Franny Glass becomes entranced with the idea that one might pray without ceasing. She hits upon the Jesus Prayer—“Lord Jesus Christ, son of God, have mercy on me, a sinner”—as a mantra.

I read the book as a teenager and remember talking with my mother about the possibility of life’s becoming a sustained prayer. The idea fit perfectly with my adolescent love of extremes, but I was more thrilled by the notion than the practice. I soon forgot both.

But the idea is still attractive. To pray without ceasing is to form a radical bond with God. Surely, such a bond would make things easier for those who struggle against doubt. That’s what 17th-century Englishman John Donne seems to be saying in a poem that begins, “Batter my heart, three-personed God.” Donne wants his reason shattered, wants to be broken and made new, so that all doubt vanishes. He fails. “I … labor to admit You,” he writes, “but oh! to no end.”

Such a takeover would, no doubt, end the confusing work of knowing God. I’d settle for less. I’d be happy just to be sure that what I thought came from God actually did.

Writing this essay led to my recalling a definition of prayer provided to me at age 13 by our confirmation class leader, the Rev. Oscar Nussman. Prayer, we learned, is “the communion of the heart with God.” In the absence of certainty, we are left with faith, alone, that God will meet us at the table.

Roger Martin is a member of Peace Mennonite Church in Lawrence, Kan.