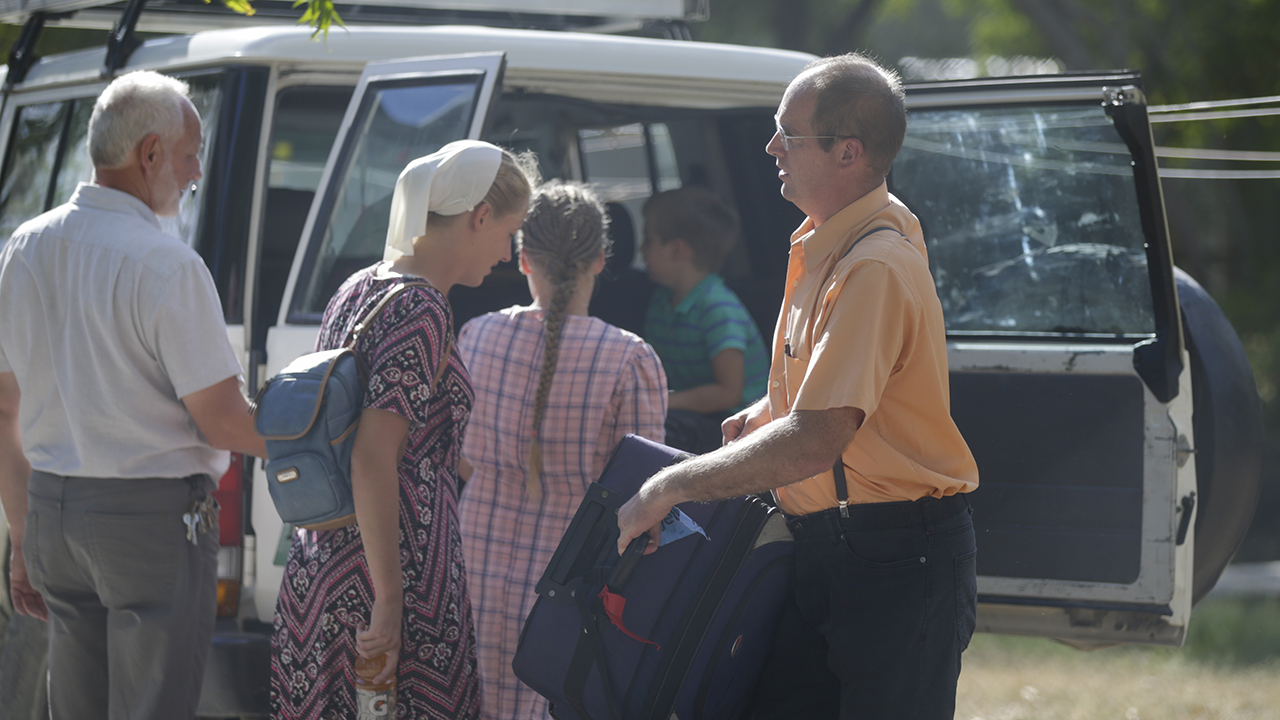 Unidentified people board a vehicle departing to the airport from the Christian Aid Ministries headquarters at Titanyen, Haiti, Dec. 16. — Odelyn Joseph/AP

The workers said an agreement was supposed to have led to the release of all the captives.

They said the person who made the payment was not affiliated with CAM, but they didn’t know who paid or how much.

The kidnappers, part of the 400 Mawozo gang, originally demanded $1 million per hostage. They freed two for medical reasons Nov. 21 and three more Dec. 5.

The 12 who remained gained their freedom Dec. 16 in an overnight escape. They walked away unhindered and continued for miles over moonlit terrain with an infant and other children in tow.

The escape ended a two-month ordeal that begin Oct. 16 when 17 people — 12 adults and five minors — were abducted after visiting an orphanage in Ganthier, in the Croix-des-Bouquets area. The group included 16 Americans and one Canadian.

The AP’s Jan. 5 report also stated that a Dec. 30 column in the Yonkers Times of New York cited an unnamed source with “direct and detailed knowledge” of the situation as saying the gang deliberately left the door unguarded and allowed the 12 to walk to freedom in fulfillment of the ransom deal.

However, ex-hostages continued to say, in detailed and consistent accounts, that they escaped during a narrow window of opportunity under fear of being recaptured or shot.

CAM is supported and staffed by conservative Anabaptists, a range of Mennonite, Amish and related groups.