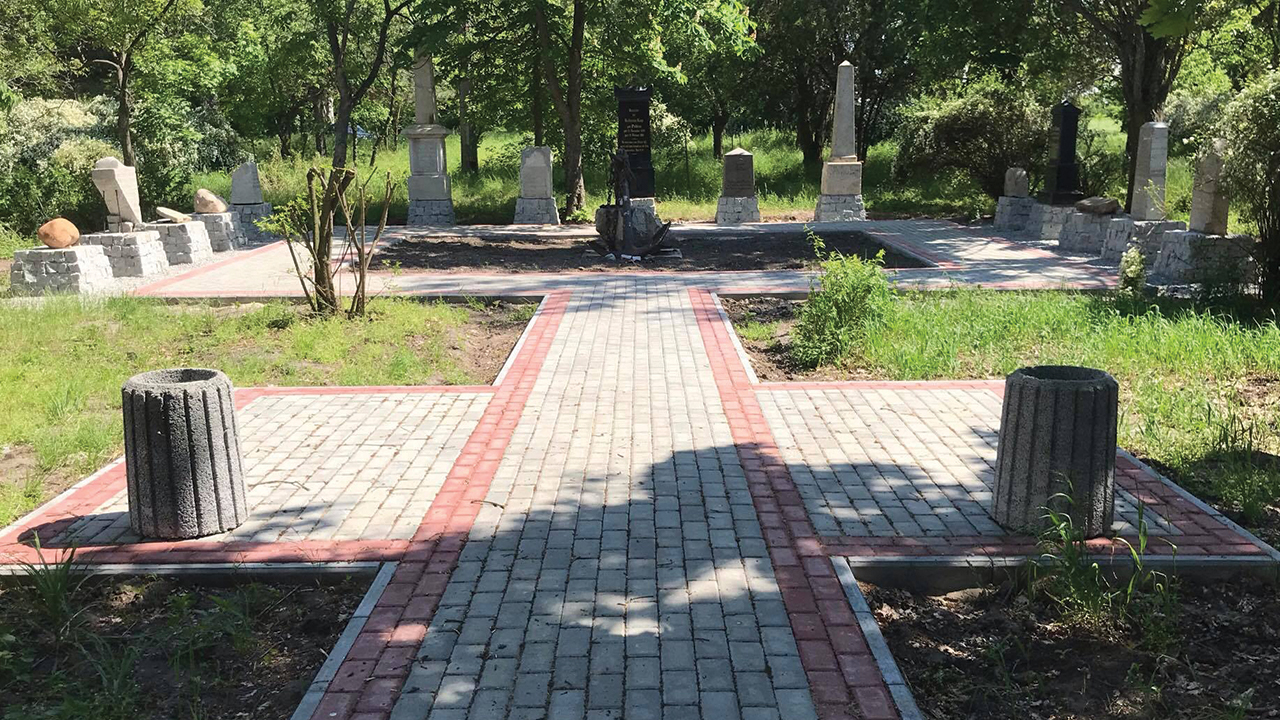 Gravestones from the Chortitza Mennonite Church cemetery in Ukraine were used by the Soviet government as building materials. Many have been rediscovered and are part of a new memorial dedicated June 24. — Max Shtatsky/Khortitsa national Nature Reserve

After two years of planning and fundraising by Mennonites in Manitoba, a memorial in Ukraine made of the gravestones of Mennonites buried in the Chortitza Mennonite Church cemetery was dedicated June 24 in a memorial park.

The memorial, located at the Khortitsa National Nature Reserve in Zaporizhzhia, was made from 15 of the more than 100 gravestones that were taken from the cemetery by the government of the former Soviet Union in the late 1930s.

The stones were used to build the foundation of a nearby barn. The gravestones were discovered by Max Shtatsky, a local Ukrainian researcher, in 2019.

According to Werner Toews, who helped lead a fundraiser to create the memorial, the gravestones were taken by Communists in an effort to wipe out the memory of religious groups.

“The Soviets were trying to destroy the history of the Mennonites,” said Toews, of Winnipeg, whose parents ­escaped from Ukraine after the Sec-ond World War. “They tried to cover it up.”

Toews, a retired police officer, became interested in the gravestones when he discovered some of the ones used to build the barn’s foundation belonged to his ancestors, including his great-great-grandparents.

Together with Louie Sawatzky of the Mennonite Benevolent Society, Toews spearheaded a campaign to raise almost $20,000 from organizations and individuals.

“Very few of the stones are in pristine shape,” he said. The 15 gravestones have been arranged around a small square with an anchor in the middle — a symbol often used by Mennonites on gravestones in Ukraine to signify they were anchored in Christ.

The other gravestones are being kept in a warehouse for possible use in the future, such as a memorial wall.

“It’s very emotional for me,” Toews said. “But they didn’t destroy us. In fact, by using the stones for the barn, they did us a favor. They preserved our history. Now I can say: Yes, my relatives lived there. It’s like having my history unearthed.”

A nearly two-ton granite stone partially buried in the Upper Chortitza suburb of Zaporizhzhia, Ukraine, was confirmed earlier this year to be part of a Mennonite centennial monument thought lost to history.

Werner Toews wrote in Mennonite Historian that Khortitsa National Nature Reserve research scientist Max Shtatsky located the stone on Chortitza Island. The square block of granite was originally thought to be the base of a structure that held an obelisk, but inscriptions in German and Cyrillic match it instead to a higher section of the memorial that is now believed to have been roughly 30 feet tall.

On Oct. 1, 1889, Chortitza Mennonites celebrated the 100th anniversary of the first Mennonite settlement in Ukraine.

The following year, the obelisk was built at the intersection of three streets. The structure stood until 1938.

Johann Epp, the last mayor of the Chortitza settlement, said in 1995 that a group of workmen were directed by the KGB to destroy the monument and bury the pieces. Peter J. Klassen wrote in a 1996 Mennonite Historian article that the stones were found around 1942 during the German occupation of Ukraine.

The monument was reassembled, but after Mennonites in the area left with the retreating German army in 1943, the monument was again taken down by local authorities, possibly in 1950. 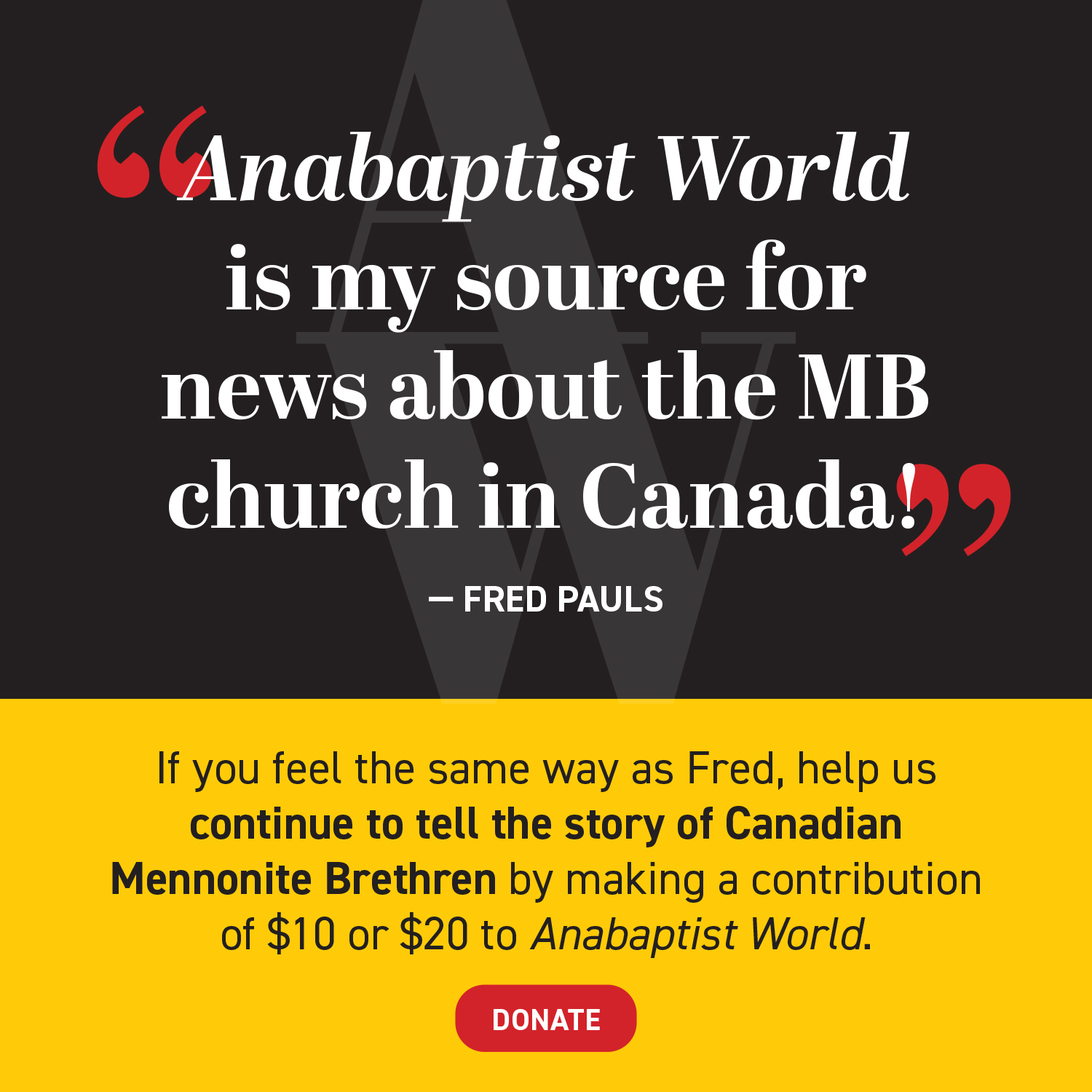