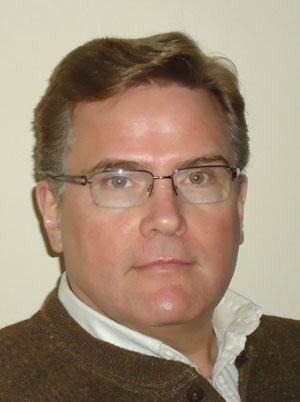 My brother Jim was a fine human being. Full of joy and mischief. He was always up for an adventure. Everyone loved Jim, and he loved everyone. I miss him.

In 1989, at age 30, Jim ended his life. He’d been fighting depression for several years. He was on medication and in therapy. But none of that kept him alive.

Typically, there are four to six of us who gather each month. The space is comfortable. Snacks enough to feed a multitude fill a table along one wall. An oil lamp rests on another table in the center of our circle. I light it and sit back to see what happens.

After learning of Jim’s death, I flew to Texas to be with my family. My brother David collected me from the airport. He told me there was something I needed to know. My brother Jim was gay.

Of all us kids, Jim was the most devoutly Christian. In his final note, he told us that all he’d ever wanted to do was serve the Lord. He also said that it was impossible for him to do that because of who he was.

The theology Jim and I grew up with was based on a literalistic reading of the Bible.

There was no room for nuance or interpretation. The Bible said what it said. Looking back, I can fairly say that we worshiped the Bible. The Bible was our God. This meant that if the Bible appeared to condemn something or someone, then God condemned them, too.

Jim grew up being told by his church that he was damned. Not because he was especially unfaithful or had committed an unpardonable sin. He was damned because of who he was born to be. A gay man.

Jim internalized that theology and the feelings of condemnation and self-loathing it produced. Add that to a chronic depression and the result was lethal.

What troubles me most about our current debate about sexuality is how abstract we make it. We talk about it as if it were an issue or a theological debating point. Like the Pharisees, we talk as if the only thing at stake is our theological purity. In the process, we dehumanize our LGBT sisters and brothers. They are the others who must be purged if we are to remain good and righteous Christians.

My brother Jim was no abstraction. He was not an issue to be debated. He was a sweet, gentle and loving young man.

Denominational guidelines exist regarding the conduct of pastors. Those guidelines include consequences for pastors who bless Jesus-followers whose partners are of the same sex. I don’t expect that to change anytime soon.

But speaking as a pastor, if I am asked to choose between adhering to those guidelines and welcoming and blessing someone, anyone, seeking to follow Jesus, I will welcome and bless.

The story of Jesus reveals that the sin we religious folks are most prone to is that of placing the rule of law over the rule of love. In doing so, we put ourselves at odds with the Jesus we claim to serve, the one who ate with those whom good religious folk considered unclean, unworthy and unwelcome. Our quest for theological purity condemns us.

Speaking as a brother, I wonder what might have been had Jim belonged to a church that told him that he was a beloved child of God, made in God’s image and fully welcome and blessed.

I wonder what might have been had some pastor told Jim that his orientation was a gift from God to be celebrated and that his partner was welcome in worship, too.

I wonder what might have been had Jim understood himself to be someone capable of serving God without rejecting who he knew himself to be.

I’ll never know. None of that happened. The church failed Jim. It didn’t kill him. But neither did it offer him love and welcome when he needed both.