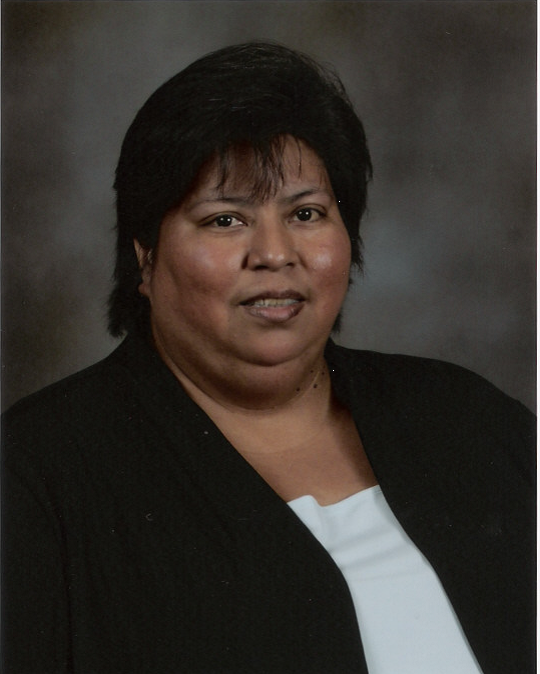 In an effort to highlight the many Anabaptists engaged in important work and ministry across the country and around the world, we’re starting a new series. Most Thursdays, we’ll publish a seven question interview with a different Anabaptist talking about their life, work, spiritual journey, etc. You can view past interviews here.

Hannah Heinzekehr: Tell me about your experience with church growing up.

I grew up in a mission church. I have two set of parents.

My foster parents (Mennonites originally from Harrisonburg, Va.) had lived in Florida and in the early 1963 moved to rural Mississippi. My traditional parents had three small children, and when my twin sister and I were born, it was a cold winter and we needed a place that we would be able to thrive (we were premature and needed to grow), so we lived with the Good family until spring. When spring came along, our parents saw that our foster parents were taking great care of us and said that we could live with them until they were able to take care of us.

Church was important to us as young children. We went to church, sewing circles, funerals, etc. We lived close by the church, so on nice days we would walk there. Being twins, we were double the trouble (in a good way). My mom said that if things got quiet and we were not seen, she knew we were into something.

One time we had a guest lady come to one of our sewing circles and she brought blueberry pie. Well, my twin sister and I were about 3 years old and yes, we were quiet. My mom came to find us and we were eating the pie with our hands. We would also have an overseer come periodically to visit our congregation and pastor. When we were at a young age we had this jack-in-the box toy. While he was sitting in our home talking and very engaged, we would give him the box. While he was talking, he would wind the thing and when Jack would jump out of the box, the man was startled. Our folks were not happy at us for startling our company. The overseer called us “Nixnutsich.”

I had five sisters and we grew up singing together. We sang for funerals, Sunday evening services or if my dad had a speaking engagement.

HH: What did you learn about faith from church and from your families?

I think of the Native American traditions: The knowing and understanding that we are part of everything and that everything is part of us. We are one.

Our elders help keep our culture alive by showing us the path we should take and not making demands. We respect them because we learn much from them; they deserve our utmost respect.

I learned that everything is sacred and that a lesson can be found in all things and experiences. I learned to love what is around me (even the small things), respect everything and to honor all.

I did not grow up on the reservation or in a Native American home, but I came to realize that family is important. If we are any way related, we are family. I believe that in both of my families I was wanted and loved.

And with Christian faith, I learned about connecting with God, the creator, who is good.

Originally the Mennonites here in Mississippi did not push the idea that we had to wear the dresses and coverings that they wore. They wanted to adapt to and respect our culture while teaching us about Jesus; they were not as legalistic as they are now.

I say that because of what happened to Gulf States [many leaders of Native American Mennonite congregations voted to leave Mennonite Church USA]. That really saddened me as a Native American. Original Mennonites came and wanted to learn from our culture.

HH: What has it been like in Gulf States after the decision by some congregations to leave the conference and the denomination?

For the congregations who stayed—Open Door (my congregation) Jubilee, Faith Mennonite and Amor Vivente —we felt a tremendous loss. We had a retreat in August that Elaine Maust [Pastor at Jubilee Mennonite Church in Meridian, Miss.,] led focusing on healing and lamenting. We are trying to bring healing back to Gulf States.

Gulf States previously did not endorse women in leadership roles.  Now that the congregations who opposed women in leadership have left this is no longer an issue; in fact I am privileged to serve as the moderator elect. This was a unanimous vote. At first, when I was approached, there were all these fears that came in the back of mind wondering what the vote would be and if I had the support of the conference.

I still personally struggle with the way the Native American Mennonites often did not feel that they had a voice in this decision. I personally feel that the pastors and  leaders made that choice for them and didn’t give the congregation a chance to vote for what they wanted.

HH: How did you first get involved with Native Mennonite Ministries?

I got involved back in 1980, when Ray Horst began United Native Ministries (UNM). I was a participant then.

It wasn’t until the 1990s that I became a representative for Nanih Waiya Indian Mennonite Church. I then moved from being a representative to serving on the Hesston (Kan.) College Native American fund group. That was right around when UNM became Native Mennonite Ministries. And then around five years ago I became the staff person.

In this role, I serve as the spokesperson for NMM and would lead the Council meetings. When positions came up in the broader Mennonite Church, I brought them to the Council board who would help us appoint representatives. I serve on boards representing NMM, including Mennonite Women, the Constituency Leaders Council, the IRRC [Intercultural Relations Reference Council] and the Mennonite Education Agency board.

HH: Why do you think having representation in these spaces is important?

At CLC, it was so important, having that voice, I know there were a couple times when Ervin [Stutzman, executive director of Mennonite Church USA] specifically asked for the voices from IMH [Iglesia Menonita Hispana], AAMA [African-American Mennonite Association] and Native Mennonite Ministries. He wanted specifically to hear that voice. I really felt like that was very empowering.

At CLC, I feel that my voice is being heard. However, in the broader overall church, it’s like our voice isn’t there. People will say, “Oh, you have a Native American ministry? I didn’t know that.” We’re not as loud on social media, and as much as we try to put our message out, we miss people, key people aren’t aware that we’re there.

My vision for my work was for conference ministers to know about churches on the reservations. I tried to have conference ministers actually visit congregations, and I went out and visited each of the churches. I visited people and each of the pastors. The churches that were in the remote reservations out west were the ones that hadn’t had many visits.

Due to this, I decided that we should have council meetings at each of the churches. When we met there, I would invite each of the conference ministers so they could learn more about who we as an organization are.

It’s hard for the church to get a big picture of who we are. Even though we serve on boards, it’s usually only one of us. In Phoenix, Glen Guyton, Chief Operating Officer for Mennonite Church USA did a great job of helping the broader church be aware of our presence. He invited us to have a board meeting at convention enabling many of our congregations to be present. Prior to that, the only person that was seen at convention was me. Without presence, MC USA congregations will not have the opportunity to learn more about NMM.

At Phoenix when everybody else from my Council was there, we were seen, heard and able to share the story of our mission. We had a booth in the exhibit hall that was visited by many people; the entire council took turns greeting people who stopped by.

HH: What are some of the challenges your organization is facing now?

We have a voice that is not as loud as others and we tend to get lost in the crowd unless we are specifically looked to.

Finances are an issue, but I think we work creatively with what we have. I know that when I began as staff leader, I would make at least one visit to all the congregations each year. Some of these congregations would not have a leader come and visit. About the third year into my Staff position, when the Council would meet I would make effort to invite the conference minister of that area where we met to come for a day and sit around the table with us so that he/she would get to know who we were and we would get to know them.

We are currently restructuring our organization administratively (we will be meeting in person in the spring and via phone in the fall).

One thing that will not change is the Native Assembly. The Assembly mirrors the MCUSA Convention, but on a much smaller scale and we make every effort to have Native speakers. The Native congregations look forward to this Assembly. It is like a big family reunion. On the Thursday of our Assembly, the local reservation that we meet on will show us their culture and what they do, and one way of sharing is that one of the meals that day will be the traditional food.

HH: Who have been some of your faith mentors?

Growing up it would have been my foster parents.

When we were married, Mark and I lived in his home area in Tavistock, Ontario, Canada. We were partnered with an older married couple there who were more mature and after all these years we still visit them. They were the ones, I would say, that helped mentor us in our first year of married life.

And now, the people who support me behind the scenes would be Iris de Leon-Hartshorn, Director of Transformative Peacemaking for Mennonite Church USA and Carlos Romero, Executive Director of Mennonite Education Agency.  In addition Rhoda Keener and Ruth Lapp Guengerich of Mennonite Women were mentors to me in a quiet way through their demeanor and actions.  They encouraged me as a leader to move out of my comfort zone to do new things that may not be what I am use to doing and to ask myself, Why am I doing this? Is it because it is always done? Can we try something new?