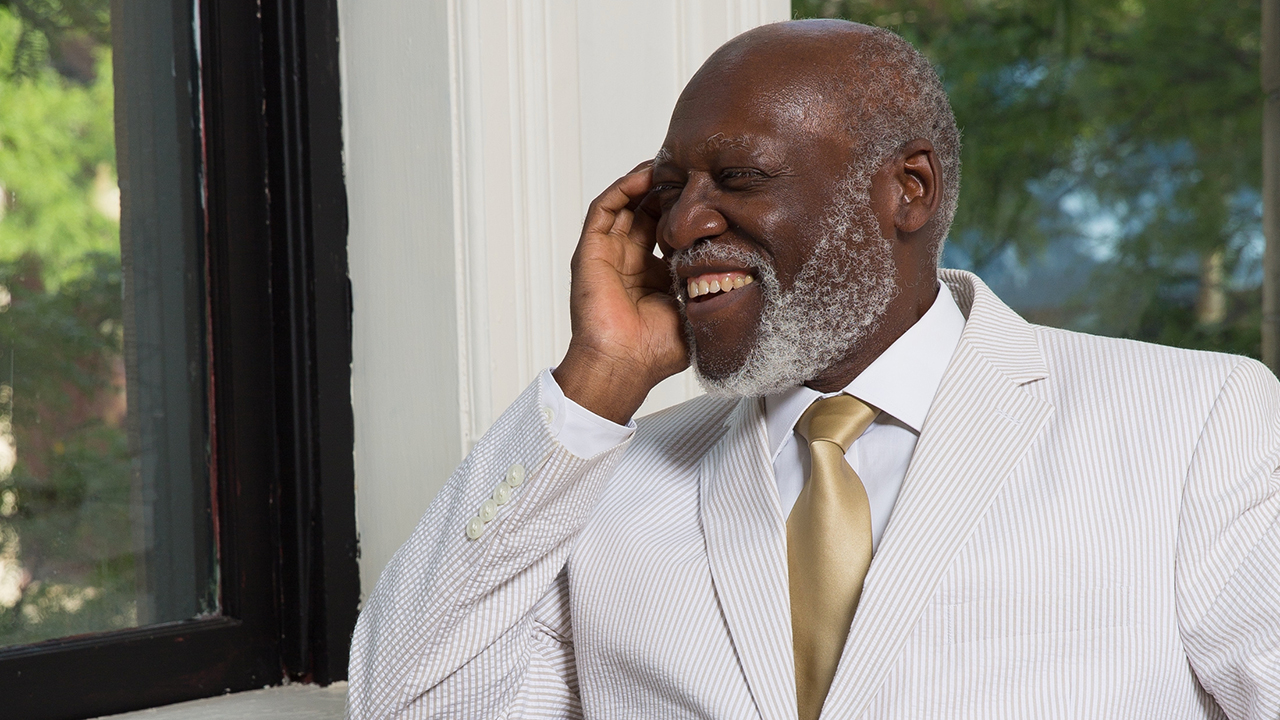 Mine is an improbable story. The odds against my life developing along the lines that it has were very long indeed.

My parents, Lee Roy and Nettie Mae Hawthorne Berry, grew up in the Deep South and didn’t attend school past eighth grade. Migrant farm work took them “up the road” to Hartville, Ohio, where they worked from May until mid-October. In the colder months they worked the fields in Florida.

I joined them in the fields when I was 8 years old. We would get up at 6 a.m., board the crew bus and cultivate and harvest vegetables for urban America. If there were no special orders to fill, we would return from the fields by 6 p.m. On Saturdays we usually got off at noon.

School was a problem for families like ours. Vegetable season never coincided with the school calendar. Spring crops needed attention in Ohio before school ended in Sarasota, and classes started up again before the harvest ended.

Once my teacher criticized me for starting class several weeks late. After asking a flurry of questions about my family, she asked, “Is that all your mother and father do, go up and down the road and have babies?” I never forgot what she said to me. Years later, I surmised her hostility toward our family was due to her belief that we made “responsible Negroes” like her look bad in the eyes of white people, who believed, almost without exception, that Black people were inferior.

Just before my 15th birthday, my father walked out on our family, leaving my mother with nine mouths to feed. There were their eight children, ranging in age from 17 to 1, plus my sister’s baby.

I, a highly regarded migrant farm worker in general and a particularly able ­radish-puller, managed to graduate from high school. I had a strong desire to do something other than work in the muck.

January 1962 was an important moment in my search for purpose. I recalled intermittent contacts with white people in Hartville, who invited migrant children to come to Bible school after our workday. It was fun and a diversion from the drudgery of the fields. I learned later that they called themselves Mennonites.

Mennonites were unlike any white people I had met. It seemed to me they actually practiced what they professed to believe. Moreover, they respected Negroes (in the terminology of the time) as people like themselves because of Jesus’ teachings, which led Mennonites to challenge the presumptions of white supremacy.

Perhaps I could find answers to the problems I was facing by becoming a Christian. And since the most authentic Christians I knew were Mennonites, I decided to join Newtown Gospel Chapel Mennonite Church in Florida.

I told Mervin Shirk, the pastor, about my desire for more education, and he encouraged me to apply at a Mennonite college. To prepare me for the closest one, Eastern Mennonite College (now University) in Harrisonburg, Va., two women from the congregation took me shopping. Picture this scene, incredible for the time: Two middle-aged white women leading an 18-year-old Negro male up and down the aisles of the J.C. Penney store in the same manner as they would have done with their own son.

A few days after the shopping spree, Pastor Shirk and several other church members came to the Trailways bus station and expressed their best wishes as I nervously boarded. Several weeks later, I managed to call my mother in Ohio to let her know that I was a college student.

On June 5, 1966, I received my baccalaureate degree. I was surprised when four members from Newtown Gospel Chapel came to celebrate with me. I was quite aware of the support I had received from innumerable people to make my accomplishment possible — the members of my congregation, especially Pastor Shirk and Mildred Yoder, who played the role of de facto mom to me; the students and faculty members who befriended me and brought out the best in me; my oldest brother, John, who sent me $150, quite a substantial sum at the time; activists in the civil rights movement who led the battle against Jim Crow and white supremacy — all of those, and more, were essential to my achievement.

My college experience cemented my ties to the Mennonite Church. It confirmed my sense that this group of white people was significantly different from most of the white people I had known, but not because they were free from the white racist beliefs on which the foundations of American institutions and its dominant culture rested. Mennonites inevitably shared those values.

However, I perceived that the core principles of the Mennonite faith, when taken seriously, mitigated against white supremacy. Though I encountered Mennonites who believed in white supremacy, I don’t recall any who argued for its legitimacy. This helps explain why a number of Mennonite leaders took an interest in the work of Martin Luther King Jr. and why the denomination attracted people like Vincent Harding.

It also helps explain why an elderly, white Mennonite couple from Ohio found it possible to welcome me into their family through marriage to their daughter, despite their initially strong opposition to the idea.

My decision to become a Christian and a member of the Mennonite denomination determined my destiny.

True, indeed, but not the whole truth.

There was, and still is, a deeply held belief in the United States that Black people are an inferior order of beings, with “no rights which the white man was bound to respect,” as Supreme Court Chief Justice Roger B. Taney wrote in the 1857 Dred Scott decision.

My destiny was, and will continue to be, shaped in part by that reality. This is why, though I view what happened on the rolling hills around Gettysburg, Pa. — where a decisive battle of the Civil War was fought in 1863 — as both sinful and tragic, I also gratefully admit that it was essential to the partial liberation of my forebears. That too has determined my destiny.

Lee Roy Berry is a member of Berkey Avenue Mennonite Fellowship in Goshen, Ind. This article is condensed from a chapel presentation at the Mennonite Church USA offices in Elkhart, Ind. It is published in cooperation with Mennonite Mission Network.

Surrender the banner of persecution