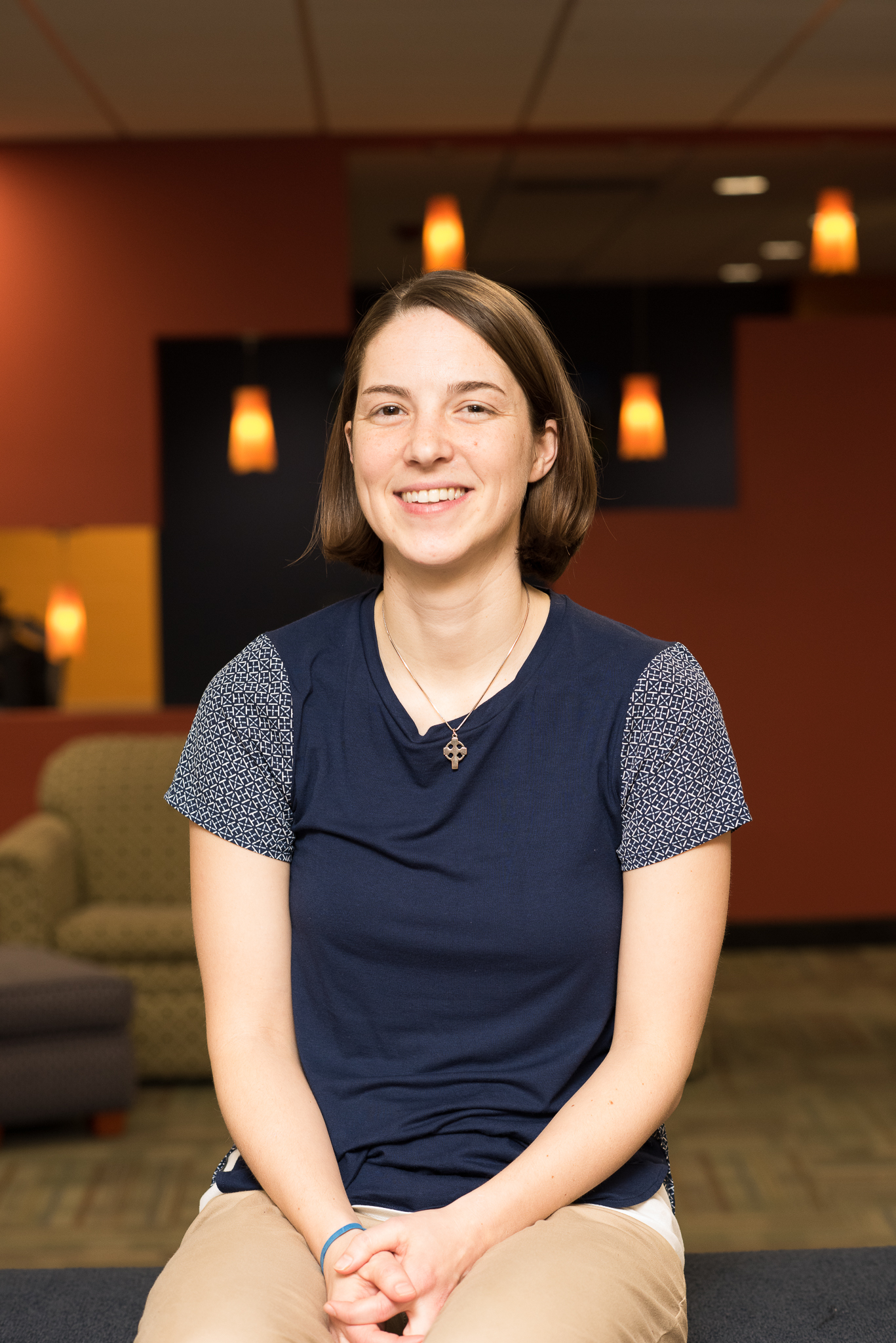 Homestead Mennonite hosted the 2015 annual Southeast Conference Mennonite Women Fall Inspiration Day. The creative talents of the Homestead women were on display in the colorful decorations, hand-embroidered crosses for each participant, and abundant food at the gathering. Southeast Conference is one of the denomination’s most culturally diverse, and women from Hispanic, Anglo and Garifuna backgrounds attended the event. (The conference also includes several Haitian churches.) The speaker for the day was Alma Perez Ovalle, a high school teacher and Southeast Mennonite Women leader as well as Iglesia Menonita Hispana’s representative on the Mennonite Women USA board. Ovalle spoke with grounded wisdom from the prophet Micah, and women gathered in smaller groups to share examples of living with humility, love and justice in their daily lives. The highlight of the day for many was the “prayer for the world” station, an idea borrowed from the 2015 Mennonite World Conference assembly. A huge world map drawn on two sheets was spread across the floor. Participants were invited to light candles and place them on countries they wanted to pray for. Prayers rang out in Spanish, English and Garifuna as women lifted up their home countries, recent events from the news, or places far away in need of God’s healing and peace.

Ovalle’s mother, Elizabeth Perez, said she felt especially blessed by the Inspiration Day. “I am just thankful that the Lord has opened doors for [my daughter] too as a woman,” said Perez, who has served as a leader in the Hispanic women’s conference with her husband in Mathis, Texas, and in her current Sarasota church. Perez said she enjoys the feeling of togetherness among Mennonite women of many cultures in the Florida area.

Elizabeth Perez’s thoughts were shared by a group of Garifuna attendees, whose culture incorporates West African, Arawak (indigenous South American) and Hispanic elements. Loretta Dominguez first encountered Mennonites in New York and now co-pastors a Garifuna Mennonite church in Miami with her husband. For Dominguez, being Mennonite means learning to work with people who look and believe differently. At women’s gatherings, everyone’s gifts are appreciated, she said. A white woman might organize a sewing project, while Dominguez is asked to bake her signature coconut bread. “That’s what I say when people ask me why I’m a Mennonite—I get to love everybody,” she said on Nov. 7, 2015. Blanca Gonzalez, whose aunt pastors a Garifuna Mennonite church in Honduras, and Paula Suazo, Dominguez’s daughter, said they appreciate the real-life, everyday emphasis of Mennonites, something Ovalle also stressed in her input. “We’ve talked today about being humble,” said Suazo. “Sometimes things can be made super-spiritual, up there, extreme,” Gonzalez added, also on Nov. 7, “but we’re down here, with the actions.”

Kathy Smith and Rebecca Zehr, who are part of a church-planting team in Key West, Fla., drove several hours to attend the Fall Inspiration Day; Smith also brought her teenage daughter. For Smith and Zehr, who live and minster in a largely post-Christian context, getting together with other Mennonites was a much-needed refreshment. “It’s just a treat to be with people who get you,” they said on Nov. 7, 2015.

While the Southeast Conference Fall Inspiration Day is unique in the cultural diversity of its participants, these days are a regular event for many regional Mennonite women’s groups. Not all the denomination’s area conferences have organized women’s activities on a regional level, but those that do tend to plan three main events each year: a “day of inspiration”; a gathering, often over a meal, at their area conference’s annual assembly; and a weekend retreat, usually at a campground associated with their conference.

Homestead Mennonite Church, near the southern tip of Florida, is far from Mennonite Church USA denominational centers. The congregation is small, but its women are vibrant and committed. Their endeavors in recent years give an example of the many activities of contemporary Mennonite women’s groups.

Some years ago, the Homestead women hosted a monthly “craft and chat” Saturday event, where people would sew, quilt, paint or work on other projects. The casual gathering included lunch and a devotional and drew community members. At another point in the church’s history, the women held a “mothering” group, meeting weekly with young mothers from nearby migrant camps. A woman with connections in the community brought the mothers, most of them under age 18, to the church with their children. Together, the women ate meals, took field trips, celebrated milestones and discussed child-care skills.

“It was a real privilege to work with them, to build relationships, to watch the children grow…[and] have them experience church life,” said Donna Geib, a Homestead congregant, in a conversation on Nov. 8, 2015, that also included Lorri Cutrer, Amy Grimes, Mary Hess, Debbie Lee, Emma Lee, Vivian O’Haber and Alice Taylor.

Retreats have also been important for the Homestead women. Most recently the group has enjoyed retreats with just the congregation, staying together at a member’s lake house with a congregation member as the speaker. Sometimes the group attended Southeast Conference Mennonite Women’s retreats as well. Alice Taylor, a leader among the Homestead women, remembers they would gather a “ragtag” group of 30 or 40 women connected with the small congregation and travel several hours to most retreat locations. They had invigorating conversations on the way and “especially on the way home, because we’d just been inspired,” Taylor said.

Debbie Lee, the pastor’s wife, has led a weekly Bible study for seven years, which most of the women in the congregation have attended. “I’ve kind of selfishly kept it all women,” she said. “When you have your spouse around or just men, there are certain things you don’t say.” Some women who do not attend church on Sunday have said the Bible study is “church” for them. At age 20, Debbie’s daughter Emma Lee finds herself in a “generational gap” in the church. She participates in a young adult group at another church but has also found a place with the Homestead women. “I’ve been going to retreats, helping my mom, since I was 15 or 16,” she said. The women’s invitations to participate have helped her become more involved not only with them but in the wider congregation and community as well.

Sometimes the women have staged elaborate events with extravagant decorations and well-orchestrated activities. At an Esther-themed evening, the women watched One Night with the King while lounging on Persian rugs, clanking their glasses when the actors did in the movie. In another event, attendees acted as detectives and went from room to room solving clues. The activities of the group have ebbed and flowed over the years, changing with the energy and interests of those involved. Taylor summed up the group’s philosophy: “It has to be fun and important. If it’s just important, it can be boring. If it’s just fun, it’s not meaningful.”

Anita Hooley Yoder is author of Circles of Sisterhood: A History of Mission, Service and Fellowship in Mennonite Women’s Organizations (Herald Press), from which this article is adapted.

For full access to this article and others like it in our July 2017 issue, check out our online edition.