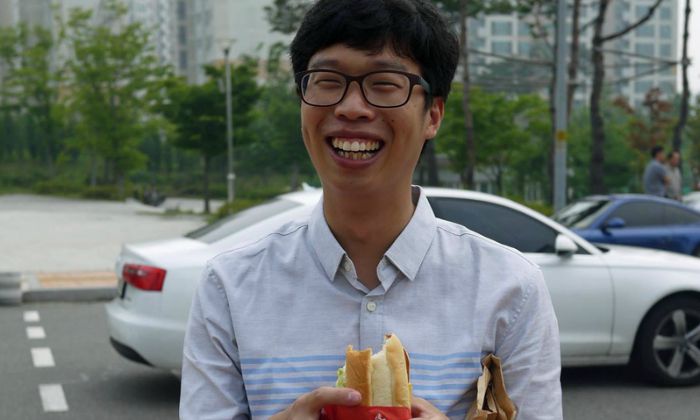 Lee was sentenced to 18 months in prison for refusing, on the basis of his faith, to complete the government’s mandatory military service.

According to a report from Kyong-Jung Kim, Lee was freed on 30 July 2015, after serving only 15 months of his sentence.

Kim is Mennonite World Conference Northeast Asia representative and director of the Korea Anabaptist Center, a ministry of the Anabaptist churches of South Korea.

“It was the power of our prayers that enabled Sang-Min to endure the hardship of his prison life,” said Kim in an email correspondence announcing Lee’s release.

Kim explained that Lee was released three months early because of his service work while in prison.

“He worked as a barber,” Kim said. “He was relatively well treated by others because of his work but, more importantly, he was in our prayers all the time.”

Robert (Jack) Suderman, secretary of the MWC Peace Commission, expressed gratitude for Lee’s faithful witness in the midst of a difficult situation. “His story was an inspiration at the MWC Assembly in Pennsylvania this year,” Suderman said.

Kim notes that although Lee is no longer imprisoned, his refusal to accept the South Korean government’s military service will have lingering consequences.

Lee now has a criminal record, which will prevent him from finding employment at many businesses and in government-related offices.

In addition, he faces the challenge of rejection by those who do not support conscientious objection, which includes many Korean Christians, who do not see military service as incompatible with their faith.

Because of its strictly enforced mandatory military service with no option for alternate service for COs, South Korea has the highest CO imprisonment rate in the world. In 2013, the United Nations’ Human Rights Council reported that 92.5 percent of the world’s imprisoned COs are in South Korea.

Most South Korean COs are Jehovah’s Witnesses; Lee is the first Mennonite CO in the country.

“Please continue to remember the rest of COs who are in prison,” urged Kim, “and pray for the Korean churches’ active participation in non-violence and the peace movement.”