Dismantling the Doctrine of Discovery Coalition 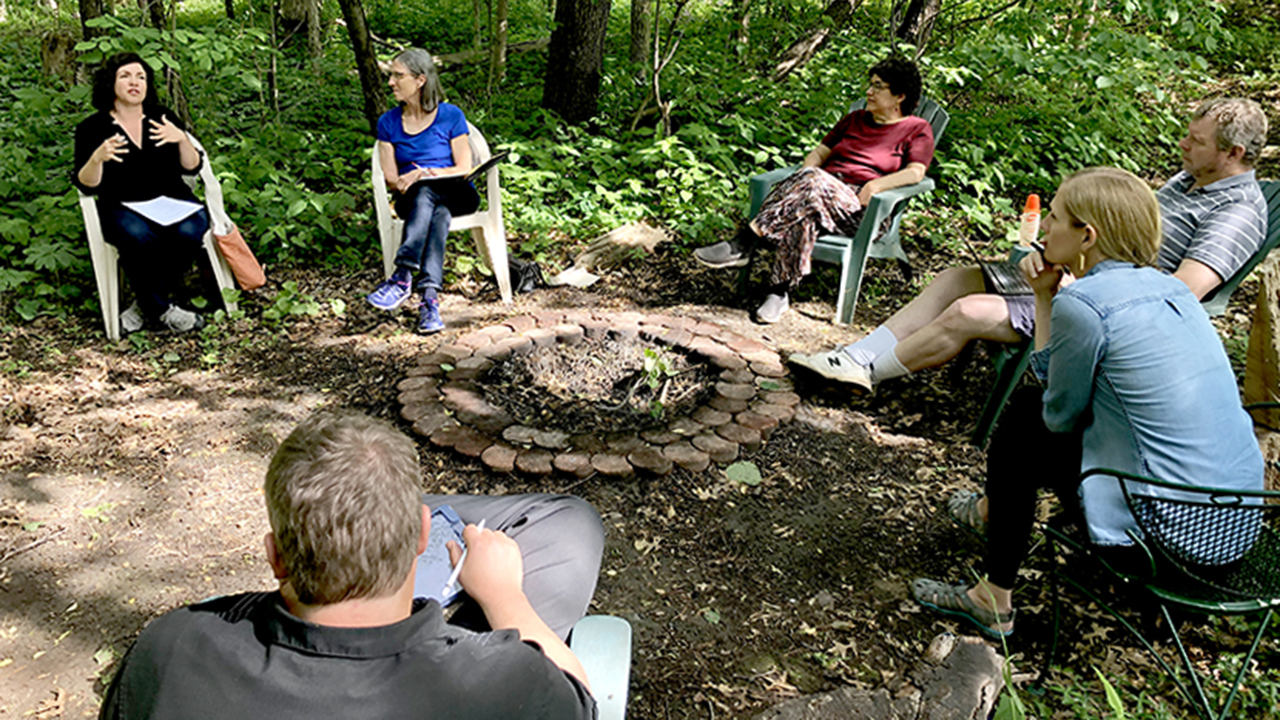 Mennonites have formed a network to support reparative actions with Indigenous people.

The Repair Congregations and Communities Network is a new initiative of the Dismantling the Doctrine of Discovery Coalition.

The network launched during the coalition’s virtual annual meeting Aug. 13-15.

Eighteen congregations and communities have joined the network, which offers resourcing, accountability and cross-pollination opportunities for Mennonite communities.

“Jesus calls us to Jubilee justice: release for those enslaved, return of ancestral lands, Sabbath rest for all,” said coalition coordinator Katerina Friesen. “Christian European domination of Indigenous lands resulted in structural violence and deep ruptures with Earth, God and our neighbor that continue today. As church communities and members of the Repair Network, we want to seek ways of repair in the spirit of Jubilee.”

Repair Network members seek to address the harms of the Doctrine of Discovery by learning about the Indigenous peoples on whose traditional lands they live and supporting their rights and priorities. The coalition asks members to join in advocacy and action with its Indigenous partners.

At the network launch, two congregations told of their activities.

Eighth Street members have participated in a Trail of Death pilgrimage to learn about the forced removal of Potawatomi people in 1838 under government militias. Several are involved in efforts to mark a historic Indigenous trading route.

Jonathan Neufeld of Seattle Mennonite Church shared about relationships built over many years with the Duwamish tribe. The congregation contributes to a project that directs rent payments to the Duwamish Tribe in acknowledgment of the theft of their homelands.

Repair network participants joined a conversation between Steve Heinrichs, director of Indigenous-settler relations for Mennonite Church Canada, and Adrian Jacobs, keeper of the circle for the Sandy-Saulteaux Spiritual Centre in Beausejour, Man.

Heinrichs and Jacobs have a long history of collaboration with church communities toward justice and healing from the destruction of settler colonial occupation of Indigenous lands.

They spoke on the theme of Jubilee, calling church communities, especially white settlers, to urgent action toward Indigenous sovereignty in light of climate change and oil-pipeline struggles.

The Coalition invites Mennonite congregations and communities, such as camps or university groups, to learn more and join the Repair Network by visiting their website at dofdmenno.org.

At their annual meeting in August, members of the Dismantling the Doctrine of Discovery Coalition shared updates about advocacy ­efforts, including a movement to halt the destruction of an Indigenous sacred site in Arizona by a copper mining corporation.

Carol Rose, pastor of Shalom Mennonite Church in Tucson, and Anita Amstutz of Albuquerque, N.M., are leading this effort.

Amstutz reported that a recent court appeal was able to delay the start of mining efforts and that there is hope Congress will halt the project.

The San Carlos Apache people have not requested physical presence or financial support but are asking for prayerful accompaniment.

The coalition is exploring involvement in an oil-pipeline protest movement in Minnesota. The Line 3 protest is attempting to disrupt the construction of a crude-oil pipeline through lands of the Anishinaabe people. The pipeline is set to move oil from the Alberta tar sands to a shipping terminal on Lake Superior — endangering thousands of acres of Indigenous traditional wild-rice cultivation areas and sensitive wetland areas — as well as furthering climate change.

The coalition also heard from its 2020-21 Indigenous Repair Partner, Makoce Ikikcupi (Dakota Land Recovery) and had a virtual tour of the project in Minnesota. The project includes buying back sacred lands and establishing a series of earth lodges for the Dakota people as a means of recovering their cultural homeland.

The coalition provided $18,000 through its annual Repair Partner program for the construction of the first earth lodge in this effort.

Several Mennonite congregations in Minnesota are developing a relationship to the Dakota Land Recovery project.

The coalition passes on 60% of all undesignated donations to the Repair Partner organization. The remaining 40% supports the coalition’s development of educational resources, advocacy projects and efforts to influence legal and governmental policy change.

The coalition chose Ka’ Kuxtal Much Meyaj as its 2021-22 Indigenous Repair Partner. Ka’ Kuxtal, an Indigenous/Maya community-led organization in the Yucatán, Mexico, is struggling to protect jungle habitat from clearing by Low German Mennonite farmers who use agro-chemicals that are endangering native pollinators and the health of the people and forest ecosystems.

The Maya people are also seeking to protect their sacred waters, which are being depleted and polluted by industrial farming practiced by the Mennonites there and promoted by corporations like Monsanto-Bayer.

The group celebrated the release of several new resources, including the “Stories of Repair” reparative justice resource and a land acknowledgment guide sponsored by Mennonite Central Committee U.S. and Canada, available at dofdmenno.org.

Produced by Anabaptist World, the podcast features conversations between Augustine (an Indigenous woman) and Hostetler (a white settler woman) as they seek to uncover the structure of colonization that systematically deprives Indigenous people of their human rights.

The weekend concluded with a Sunday morning service hosted by Eighth Street Mennonite Church in Goshen. Luke Gascho, an original member of the coalition and retired director of Goshen College’s Merry Lea Environmental Learning Center, led the congregation in a reflection on Matthew 5:13-16 and 2 Corinthians 5:18-19, and the call of Christ to be reconcilers. He introduced a four-part model developed by Cherokee theologian Randy Woodley of awareness, lament, reparations and memorializing as a guide to acting on the injustices emanating from the Doctrine of Discovery.

Dismantling the Doctrine of Discovery Coalition