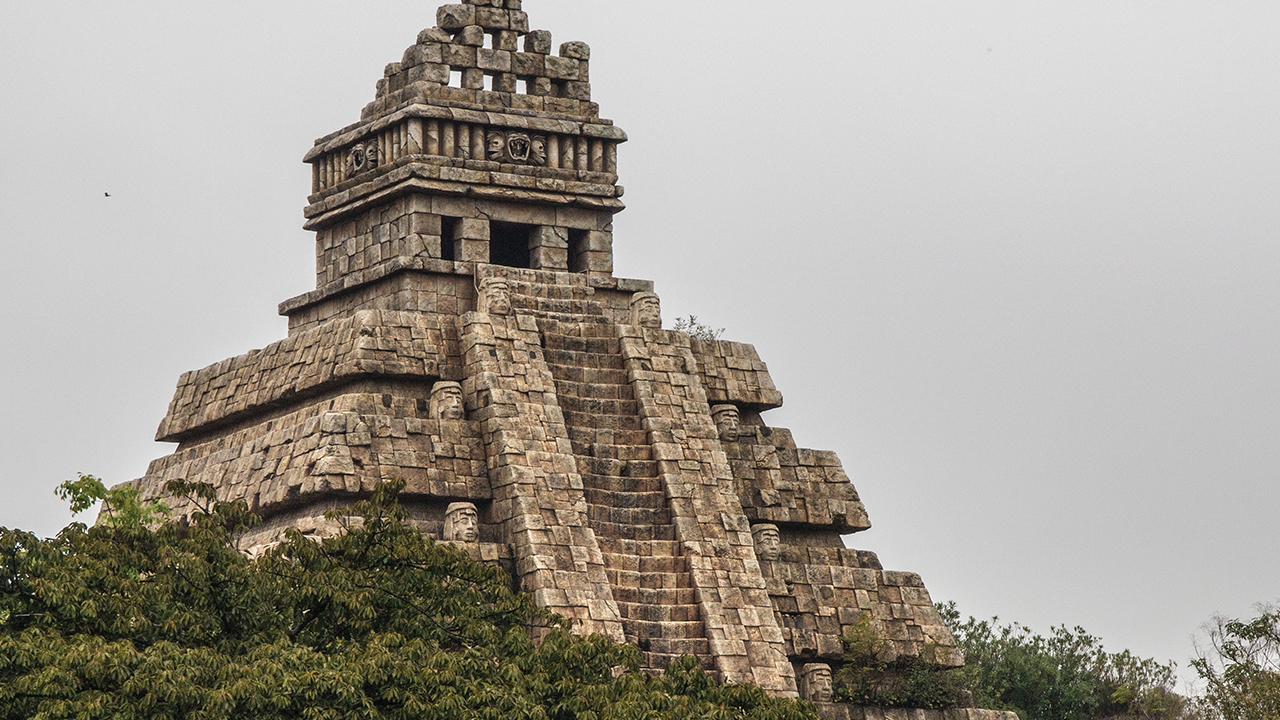 The earth dries up and withers,
the world languishes and withers; . . .
The earth lies polluted under its
inhabitants;
for they have transgressed laws,
violated statutes,
broken the everlasting covenant.

The prophet Isaiah describes the destruction of the earth wrought by the disobedience of a people. But what if this destruction is brought about not by individual sin? What if it describes a natural consequence of violating the norms required to survive within the earth’s life-support systems?

In the Yucatan peninsula of Mexico, the Mayan people struggle for survival. Their traditional lands — the center of their livelihood, culture, history and community — are being taken from them.

In the Mayan worldview, Yúum K’áax, or Lord Forest, has provided protection, home and identity to the people for millennia. It is now being polluted, deforested, militarized and stolen for profit.

The separation of the Maya from their lands is perfectly legal. This is because the Doctrine of Discovery, established by colonial powers in the 15th century, embodies a legal structure where, during the age of colonization, Christian European states established the supreme right to the territories they “discovered.”

The right of first discovery dismisses the rights of the first peoples. This legal doctrine remains enshrined in the law in Mexico and across North America, where Indigenous peoples are considered subjects and do not have rights to their own lands.

THe destructive processes of extraction also destroy the ability of the earth to sustain life.
Agrobusinesses, including Monsanto, plant transgenic monocultures that threaten native plants and insects — like the bees that Mayan farmers and communities depend on. Other agro-industrial, energy and real estate megaprojects encroach on Mayan lands, removing people from their communities and way of life.

Agrochemicals are destroying life, polluting the soil that nurtures Mayan communities. When agrochemicals filter into the groundwater, they poison a sacred resource.

The Mayan Train, a railway under construction to cross the Yucatán Peninsula, is a large-scale economic development project that purports to bring tourists to the area. However, it also promotes territorial reorganization that is not just about a train. It causes large-scale dispossession, putting the land and the Mayan people in the service of global corporations.
The Anabaptist coalition to dis­mantle the Doctrine of Discovery (dofdmenno.org) is in relationship with the Maya organization Ka’ Kuxtal Much Meyaj A.C.

Manuel May, a member of this collective, writes: “For us, the jungle is shelter. It is the skin and clothing of our Mother Earth. . . . She is alive, and we refer to her with the utmost respect. . . . Without the forest we do not exist. That is why the forest has been defended and protected by our ancestors for millennia. And we struggle to strengthen this respect.”

Where do we as Mennonites stand in the face of this oppression? Many of those planting transgenic crops and displacing the Maya are from conservative Mennonite colonies. While this may be disturbing to us, we must also consider that when many of our ancestors settled in North America, they too were displacing first peoples.

To stand in solidarity with the Maya today, we must resist the corporate forces that seek to remove them and extract resources from their lands. Seeking peace requires us to resist structural violence that leads to physical violence. For us to engage in right relationship, we must join the Maya as they resist the powers that seek to dispossess them.

As Isaiah 24 says, violating the systems of life renders devastating consequences. Resisting the forces of violence and destruction means standing in solidarity with creation, which amounts to struggling for our own survival.