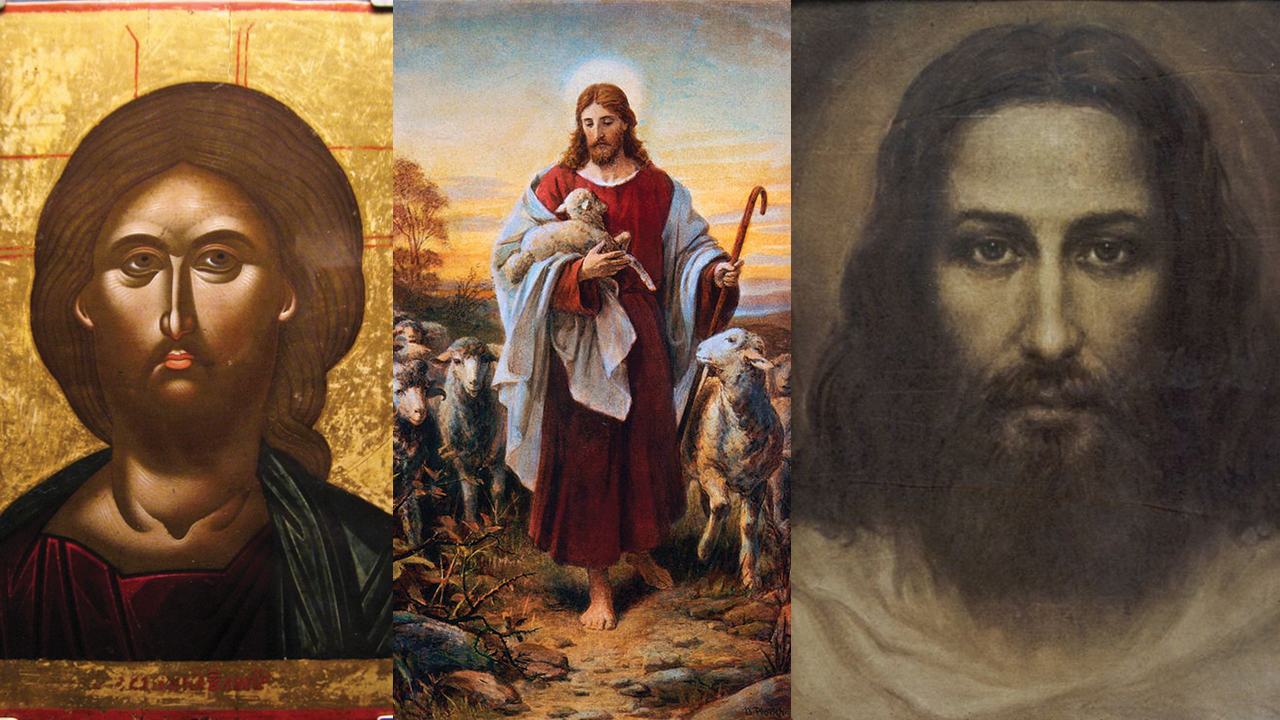 If it were up to me, every Anabaptist congregation, conference, denomination, school and mission agency that calls itself “Christ-centered” would change this description to “Jesus-centered.” I offer five reasons for my wish.

The claim to be Christ-centered raises the questions: Whose Christ? Which Christ?

Throughout history, people have tried to domesticate Jesus of Nazareth by ridding him of his dark-skinned Jewishness. The everyman Jesus became the cosmic Christ. This was done in the spirit of veneration, to make Jesus relevant for the whole world. ­Jesus of Nazareth, a Palestinian ­carpenter-turned-preacher, had to compete with the many gods, Caesars and lords of the Roman Empire. It would have been natural for his followers to declare him divine.

My question is not meant to dismiss the claim of divinity but merely to ask: Who exactly are we talking about when we claim to be Christ-centered?

The temptation to separate the Jesus of history from the cosmic Christ has negative implications. It has been a hallmark of antisemitism, most extremely expressed in the Aryan Christ of Nazism and cross-burning racists. In a post-slavery, post-Holo­caust, culturally diverse world, we cannot turn back the clock to a Christ unmarred by these historical facts. Nor should we. Our ­clichéd use of Christ-centered lan­guage, so tainted by brutal circumstance, makes such usage virtually irredeemable.

Consider Warner E. Sallman’s “Head of Christ,” possibly the best-known American artwork of the 20th century. This dark-blond, blue-eyed image has imprinted itself on the minds of Christians and others the world over.

When a generic, white, cosmic Christ-image becomes divorced from the actual blood-and-bones, Middle Eastern Jesus, we are far more likely to import other images and values opposed to Jesus of Nazareth. These values include the age-old temptation toward Christian nationalism, which conflates faith and patriotism.

“Christ-centered” has become a generic Christian catchphrase, a brand used by mostly white Christian institutions. It has lost its distinctive clarity.

If institutions claiming to be Christ-centered can have diametrically opposed beliefs about the use of military force, gun safety and the treatment of immigrants, LGBTQ and other marginalized people — to say nothing of loving one’s enemies — the phrase doesn’t actually tell you very much.

But for others, it tells a lot, and the message it sends is negative.

To put it bluntly, the phrase “Christ- centered” — as it is heard around the world and among generations of potential followers of Jesus — has become a stumbling block, and not for the reasons expressed in 1 Corinthians 1:23.

In many cases throughout history, Jesus the Christ was violently imposed on people who were colonized and Christianized by force. Today, at the click of a finger on their mobile devices, socially conscious young people have access to countless examples of this ugly history and turn away in embarrassment. Another click calls up prominent Christian leaders who have no visible regard for the compelling values and life of Jesus.

The majority of white Christianity stumbles all over itself to discount the transforming, radical nature of this biblical Jesus, the teacher from Galilee, condemned and crucified by Rome.

Anabaptists emphasize the life and teachings of Jesus in the Gospels above the words of the Apostle Paul.

Emphasis on the literal words of Jesus in the Sermon on the Mount was central to the beliefs of the first Anabaptists in the 1500s. Most other Christians of the time, Catholics and Reformers alike, considered it impossible to follow Jesus’ teachings literally. They considered these literal teachings so dangerous as to warrant death for those who tried to live them out.

Mainstream Christ-followers of the time underplayed Jesus’ life and teachings, preferring to focus on dogmatic creeds and right doctrine about Christ’s birth, resurrection, atonement and divine status. What Jesus said and how he lived was, and still too often is, thought to be utopian or otherworldly.

For me, an emphasis on the Jesus of the Gospels, or a Jesus-centered life, recommends a fresh and distinctive turn of phrase — one more akin to Anabaptist Mennonite sensibilities and more descriptive of our way of life than the generic Christian alternative.

Jesus-centric language allows many more people to join the conversation about Jesus.

Young people today, across the spectrum of unbelief to belief, understand Jesus’ second great commandment: Love your neighbor. They get this part of the Jesus creed almost instinctively.

I’m guessing we all know people of other faiths, and some with no faith at all, who live Jesus-centered lives, if not fully, then fully enough. Young would-be believers who see examples of ­Jesus-like behavior often care little about how such love relates to the command to love God. They see a disconnect between Christians and Jesus when it comes to loving the neighbor.

A path to introduce God into a belief equation for spiritual-but-not-religious young people is to introduce Jesus — even as a literary figure or as the radical reformer he truly was — inviting them to consider what such a protagonist might mean for understanding how best to live. Not all truths about Jesus need to be doctrinal or literal to be transformative.

Centering our conversations within such a generous orthodoxy about Jesus of Nazareth — a prophet for his time (and the ages), son of Joseph and Mary, a dark-hued refugee Palestinian Jew, worthy of imitation — opens wonderful opportunities for interfaith conversation. Such conversation ought to be a hallmark of all Christian institutions, including our congregations.

When we describe our values as Jesus-centered, a Muslim student or Buddhist immigrant might more readily attend our institutions or visit our homes and congregations. In this way, we open ourselves to hearing what others claim for themselves about Jesus — the Jew from Nazareth or divine prophet — while deepening our own appreciation for him.

Many Muslims revere Jesus far more than Christians realize. Starting with our common humanity and the humanity of Jesus, a Jesus-centered conversation offers an opportunity to consider the other claims we Christians make about Jesus.

Jesus is a name. Christ (or Messiah) is a title.

Names are personal identity markers. Titles are used for ranking, for defining difference. History is full of other Christs or Messiahs, self-proclaimed or identified by others. One could spend much energy — and many have — trying to refute or prove the validity of that title.

In the New Testament, the name Jesus is infused with as much respect and power as the title Christ. Names should nearly always trump titles among followers of Jesus. I am OK with titles in certain contexts, as seen in Scripture and as symbols of respect. But titles should never shortchange the personal nature and power of a name.

Defining our faith as Jesus-centered focuses our attention on the unique person, the source of universal truth for us, his followers. The name Jesus, our redeemer and Lord, centers our faith, personally, on what truly matters for living a flourishing life in a way that is lost when we use the title Christ.

James E. Brenneman is president and professor of biblical studies at Berkeley School of Theology in California. An ordained Mennonite minister, he is a former president of Goshen College, founding pastor of Pasadena Mennonite Church and a member of First Mennonite Church of San Francisco. 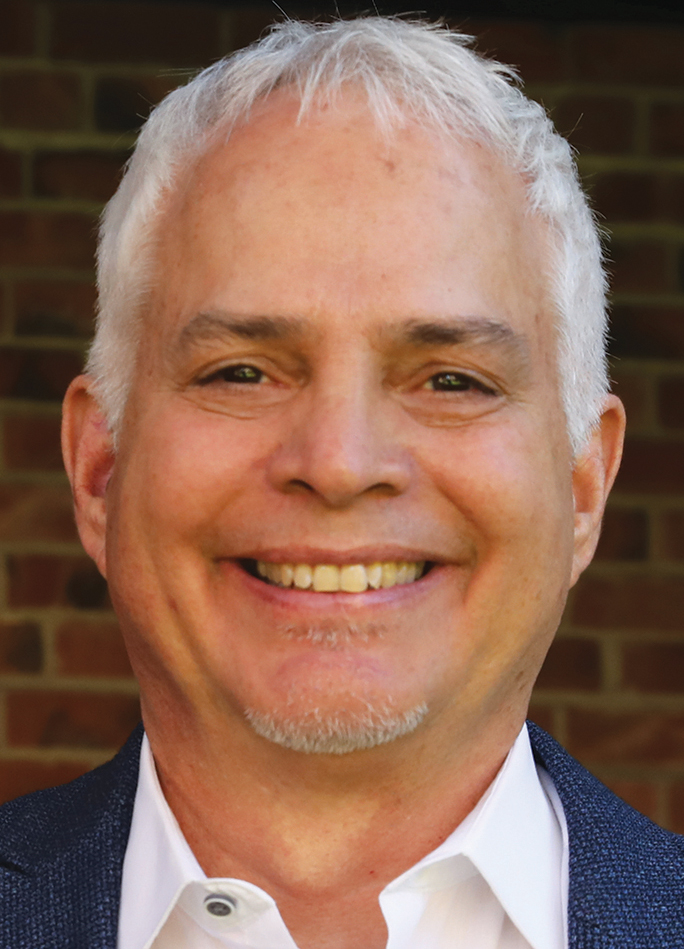