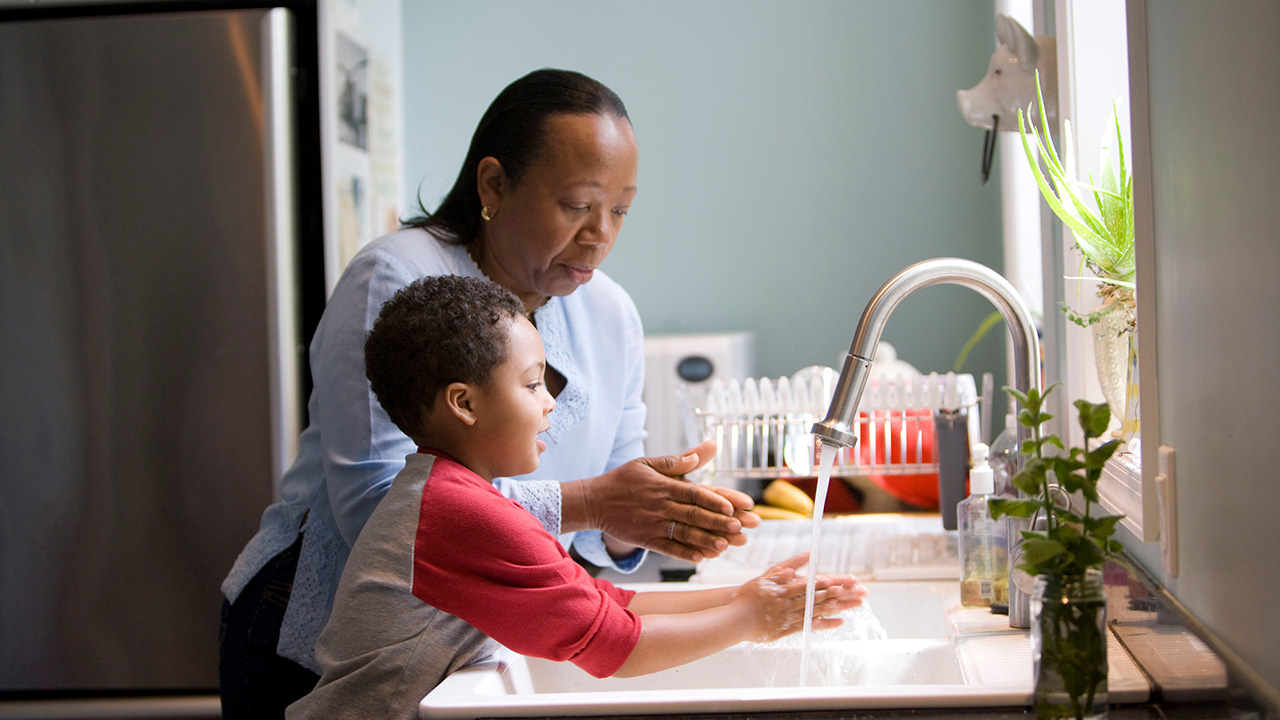 The COVID-19 pandemic was revelatory. That’s a term that speaks to the United States’ spiritual transformation more than it does to our politics.

In response to the crisis, President Joe Biden has brought forward three transformative bills: The American Rescue Plan, passed by Congress in March; the American Jobs Plan; and the American Families Plan. We will get to the particulars of the bills, but we must also go deeper than the specifics, which will change as the debate goes on.

The world-changing virus has shown our society’s deep racial and economic inequities, verifying what those with prophetic courage have been saying for years. And then, in the middle of the pandemic, while we were all watching our screens and being more focused at home, we all saw the white knee on a Black neck, which finally changed many people’s worldview. A new multiracial generation has poured into the streets, saying that the systematic racism in policing — and all our other social systems — is no longer tolerable.

When Biden was elected, many saw him as an old white guy who, at best, would offer transitional policies. But Biden’s proposed $6 trillion trifecta of bills, if all enacted, would be transformational. These programs of relief, recovery and rebuilding of American society would be paid for by the richest Americans and corporations, who have benefited most economically in the last several decades, even during the pandemic.

It’s important to note that the women and Black voters who elected Biden, and whose organizing turned Georgia blue, made these dramatic government proposals for rescue, jobs, family and children possible.

These plans are not just about good politics or good policy. They’re about what government can do to relieve human suffering, about whom government should invest in. These are not just political matters but ethical ones.

First, we should examine what “infrastructure” means. What we have traditionally called the nation’s infrastructure — roads and bridges, ports and airports, and other modes of transportation — is incomplete and, in many places, dangerous. But the infrastructure of people’s lives, especially those families with low and even middle income and the 63% of Americans living paycheck to paycheck, is also in disrepair. Clean water and working water pipes are fundamental life-and-death issues for far too many poorer families. Even food insecurity, the massively growing problem of hunger in America, is an issue of sustainable family infrastructure, as is the daily care needed for children and other family members.

What makes a family able to work and take care of each of its members? That is the moral question that could unite many of us. The capacity for health care, self-care, child care and elder care are all foundational to our lives — and both the new jobs and family plans address all these needs. The jobs plan in particular aims to create sustainable jobs for caregivers — providing the infrastructure that parents need to care for their families. Nurture is necessary to the well-being and the flourishing of a human society — and that should be reflected in our “infrastructure.”

The many family-focused provisions in these three plans make this the most genuinely pro-family and consistently pro-life agenda supported by a president in a very long time. Christians who care deeply about these issues could truly make meaningful progress on both by supporting the passage and implementation of these plans.

Most people in the U.S., from all sides of the political spectrum and across lines of race, class and gender, believe that education is the key to the future. Education, therefore, is also part of the infrastructure of rebuilding. All of our social data show that the three pillars of the jobs plan — guaranteeing two years of preschool for all 3- and 4-year-olds and adding two years of post-high school education — would make a great difference in upward social mobility.

The plan also increases Pell Grants for college students who need them and would provide subsidized tuition for some students attending historically Black colleges and universities. This new educational infrastructure would be an important step in ensuring this country is committed to racial and economic justice.

Nothing affects the infrastructure of our own county — and the world — like climate change. Without mitigation and the beginning of a reversal, we will constantly be moving from one disaster to another. The work it will take to transform our energy system from one based on destructive fossil fuels to the new clean energy economy means new jobs. We are now learning that a safe, sustainable and prosperous economy based on clean energy is also the best path forward in the theological task of stewarding the creation itself.

But the biggest political issue being debated in these bills is: How will we pay for it?

And the moral answer to that is simply: fairness. To summarize that answer from Secretary of the Treasury Janet Yellen on Meet the Press: Corporate income now amounts to only 7% of federal tax revenue, with some of our largest corporations paying no tax at all, despite their rising share of gross domestic product. Biden’s plans call for corporations to pay their fair share — at rates that they used to pay before the Trump administration’s tax cuts. People making over $400,000 a year would also go back to paying what they have before; those making below $400,000 would pay no new taxes. A new tax fairness doctrine would require the 0.3% of Americans households that make more than $1 million per year would have to pay the same tax percentage rates on their capital gains and profits that they and other people pay on their wages. According to Yellen, the president thinks wage workers should not pay a greater percentage of their taxes than the wealthiest individuals. This principle aligns with the biblical text, “To whom much has been given, much will be required” (Luke 12:48).

We are returning to the age-old debate over the role of government. In his 1981 inaugural address, President Ronald Reagan said “government is not the solution to our problem, government is the problem” — a maxim that has been in place for four decades now. Reagan’s maxim assumes the market should be trusted to solve everything, that business should rule over government and that the wealthy should be given more and more power over our politics — even to influence candidates and shape the laws of the nation.

These assumptions — which favor wealth over democracy — have ultimately produced a nation that is not healthy for more and more people, workers, families and their children, particularly Black, Indigenous and people of color who must contend with the burden of living in a society built on racist policies.

The Republican Party’s policy decisions reversed those in place since President Franklin Roosevelt, who, in the midst of the Great Depression, observed that “when a [person] is recovering from an illness, wisdom dictates not only cure of the symptoms but also removal of their cause,” and therefore determined that a more comprehensive and systemic approach to national recovery was necessary. Now again, in the wake of a pandemic that revealed our nation’s illness, we need to treat not just the immediate need but the systemic drivers of inequality that got us here.

But, according to opponents, these plans are too expensive and represent “socialism.” But this misleading line of attack obscures the truth that this is simply good, long-overdue social policy involving programs and benefits that many other capitalist nations provide for their citizens.

As a Christian, I am not committed to either capitalism or socialism, but to economic fairness and justice, with particular concern for those Jesus calls on us to care for: people experiencing food insecurity and poverty. Let’s have that moral debate. Enacting these plans will help provide the comprehensive infrastructure our society needs to enable prosperity to be broadly shared, rather than continuing with an economy that has disproportionately benefited the wealthy few for so long.

The better theological and biblical view of a society’s health is one that neither trusts the power of wealth, nor submits to the absolute power of the state, but provides the balances human nature requires: Each sector does what it does best and regulates each other, ensuring that our public decisions serve the most moral determinant of what we call “the common good,” where the well-being, flourishing and freedom of all of our neighbors — especially those different than us — will be respected as fully human beings, made in the image and likeness of God.

Do these bills, and the future country they imagine, fulfill that biblical worldview? That is the debate we ought to be having.

Jim Wallis is founder and ambassador of Sojourners.