Becky Helmuth of The Mennonite 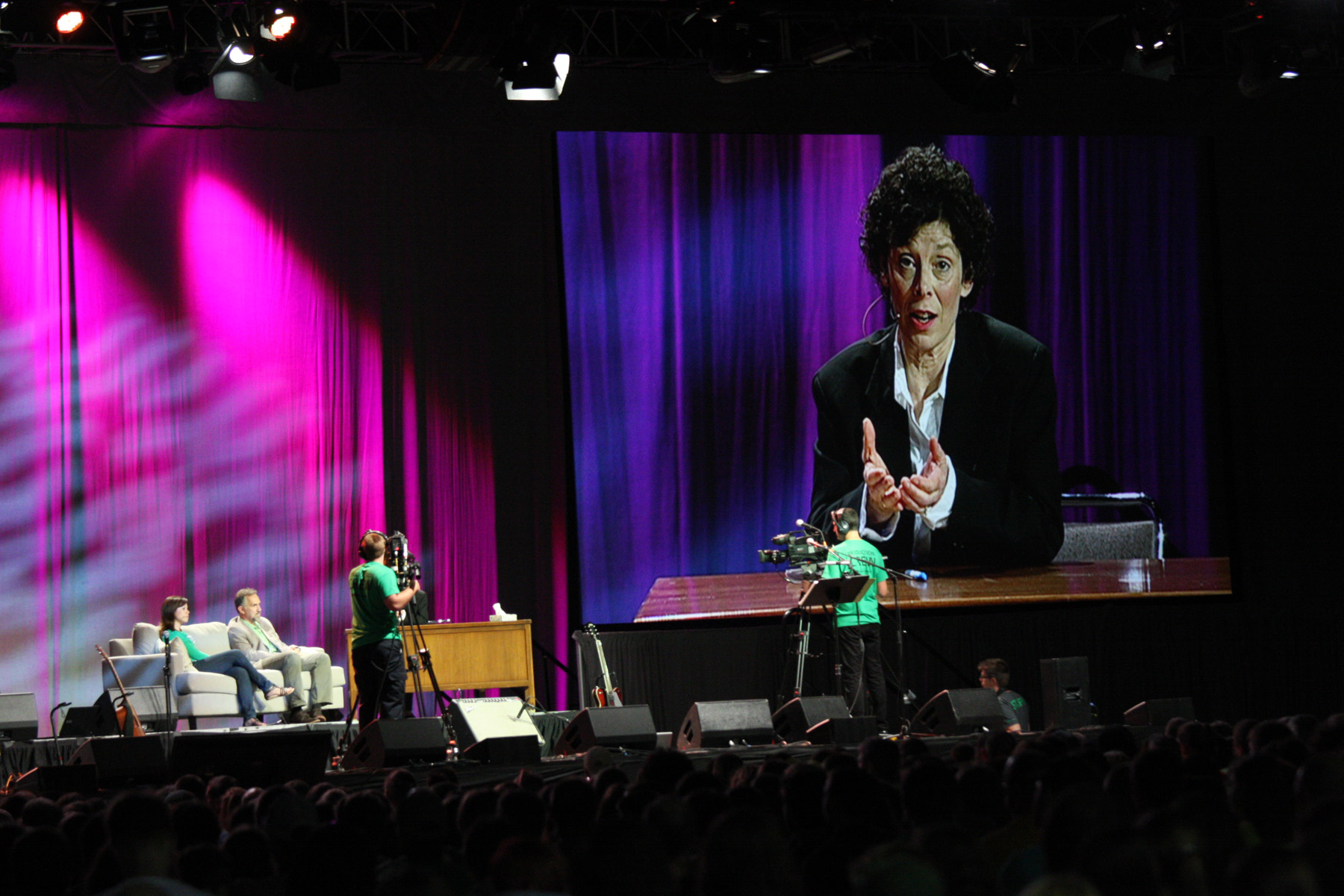 Kicking off her talk show with Thank You Notes, Hershberger thanked the green conference lanyards for making Mennonites feel awkward on the streets of Kansas City and hipsters for making her Amish cousins look like they dress in cutting-edge fashion.

Hershberger’s banter took a serious turn when she asked, “Where is Jesus when tragedy strikes?” She then interviewed three individuals, inviting two to sit on a couch on stage and talking with a third via Skype. Each shared stories of tragedy and pain.

Hershberger said the stories told by Rodriguez, Litwiller and Swartz were sacred stories and assured them that their stories touched the listeners. She acknowledged that life is often difficult and messy and sometimes Jesus is nowhere to be seen.

Hershberger asked that everyone give themselves permission to feel the way they feel, to continue believing in Jesus “even when he can’t be seen or heard. Reject despair.

In the middle of easy answers and despair, just stay in the middle,” she said.

Steve Nelson, youth pastor at Lower Deer Creek Mennonite in Kalona, Iowa, said he hoped the youth came away from the evening knowing that God is always there “even when we don’t know it. Just like the story on the road to Emmaus,” he said, “Jesus was right in front of the disciples, even though they didn’t see him.”

Lena Yeakey, a youth from North Goshen (Ind.) Mennonite Church, said she appreciated Hershberger not having neat responses to her guests.

She said “it’s not the place of the church to say it was God’s plan that these bad things happen. That’s not helpful for healing.”