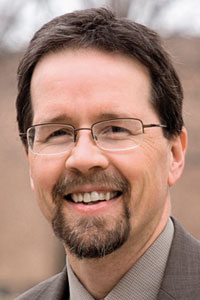 In September 1936, Orie Miller and Harold Bender, two rising leaders in the (Old) Mennonite Church, published an enthusiastic report in the Gospel Herald about their participation in the third “General Congress of Mennonites” that had convened a few months earlier in the Netherlands.

At the time, most Mennonites in North America regarded such gatherings as either irrelevant or dangerous. Neither Miller nor Bender attended as official delegates of their church, and Daniel Kauffman, the influential editor of the denomination’s periodical, expressed grave concerns about the meeting, noting “a wide range of differences in faith and life between different bodies called ‘Mennonites.’ ”

In a later issue of Gospel Herald, John H. Mosemann, a leading bishop in Lancaster Conference, echoed Kauffman’s skepticism: “Since when does the gospel encourage the mingling of those who believe with those who do not believe? Would not a world conference of Mennonites be sorely displeasing to the Lord in the light of the fact that some of them are practically unbelievers?”

When, in the aftermath of World War II, several North American Mennonites expressed interest in planning a fourth “Mennonite World Conference,” church leaders were still suspicious. Although the 1948 assembly, eventually organized by Mennonite Central Committee, is remembered today as a symbol of postwar reconciliation among Mennonites, the Virginia Conference formally went on record opposing the event, and disagreements among Mennonite Church and General Conference Mennonite Church representatives on the planning committee were resolved only by dividing the meeting between Goshen, Ind., and North Newton, Kan. Moreover, organizers acknowledged it would be impossible to conclude their final worship service with Communion.

Today, the precarious and tension-filled beginnings of Mennonite World Conference (MWC) are nearly forgotten. Some 7,000 Mennonites from more than 80 countries gathered July 21-26 for the 16th assembly of Mennonite World Conference in Harrisburg, Pa. The atmosphere of the meetings was joyful; the North American hosts—many of them from Mosemann’s Lancaster Conference—were enthusiastic and gracious, and for five days Mennonite and Brethren in Christ groups from around the world sang, shared and worshipped together, culminating in a joint celebration of the Lord’s Supper.

But even though MWC is thriving today, faint echoes of the questions raised in 1936 and 1948 persist. They include the following:
1. Conference or Communion? Should MWC focus primarily on organizing global assemblies—cross-cultural family reunions in which we share music, exchange stories … and then go home? Or should MWC work more intentionally toward greater unity in faith and practice, in which member groups read Scripture together, engage in mutual admonition, and bear each other’s burdens as members of the body of Christ united by the Spirit in our celebration of Communion?

2. Internal focus or external representation? MWC began in 1925 as a setting for European Mennonites to celebrate a shared heritage and to collaborate in relief work. Since then, it has continued to promote a sense of shared identity within an Anabaptist-Mennonite family that is now global in scope. Yet increasingly, MWC is being asked to speak to external audiences as a representative of this tradition. This is true especially in ecumenical conversations but also in a growing number of settings where member groups are facing religious persecution, threats to land rights or political oppression. Should MWC respond even more aggressively in this new role? If so, in whose name is it speaking?

3. Networks or programs? MWC is made up of 102 groups representing some 1.2 million people scattered across five continents. Yet compared with most other denominations, MWC’s administrative overhead is miniscule. In the past, MWC has thought of itself primarily as a facilitator of existing networks. The Mission Commission, for example, consists mostly of a coalition of Mennonite and Brethren in Christ mission agencies along with a network of various service and relief organizations that are committed to greater cooperation with each other. MWC provides a helpful umbrella for that collaboration to occur. But there is also increasing pressure for MWC to develop its own independent programs to serve the needs of its member groups. Is this a healthy direction?

In contrast to 1936, the people addressing these questions today speak a multitude of languages and represent a beautiful diversity of cultures. Women’s voices are now part of the conversation, and our shared faith finds expression in a wide variety of contexts. In the midst of these changes, your voice matters. What should MWC look like 25 years from now?