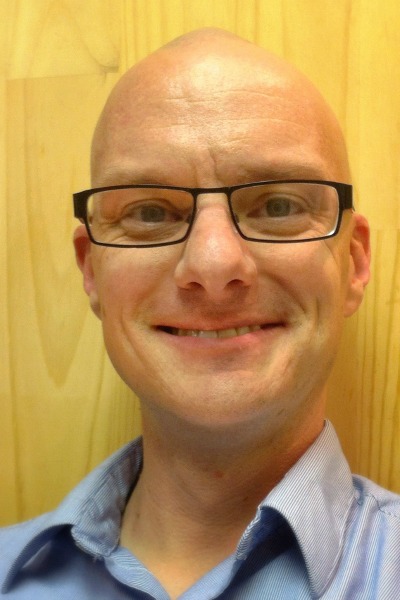 I haven’t been sleeping.

It comes and goes, as it has since I set out on the journey that would lead me into and eventually out of ordination. The Spirit seems to wait for these moments of quiet to let me know that now is not a time for resting.

I remember clearly the first instance of this holy insomnia.

A lay church worker in my early 20s, I attended a human rights campaign rally. As we walked into the stadium, we were beset on all sides by hateful picketers who later found notoriety on prime time news coverage. I was sickened and saddened by these who claimed the name of Christ to promote their brand of darkness.

On a deeper level, though, I was motivated. Something stirred in me that night and would not allow me to sleep.

I was struck with a fire to preach, plead and proclaim the love of God for all.

Previously content to be a program worker in the church, I was told that night that I had a duty to raise my voice: If the only people speaking are speaking words of hate, then where will anyone hear the real story?

The journey that began that sleepless night led me into the Mennonite church.

It was a long process of paperwork and prayers, of charism and administration. My clearest memory of the time was a single sheet of paper laid before me.

Printed on gentle pastel paper, the typed statement reminded me that the Confession of Faith in a Mennonite Perspective was clear on “the issue of homosexuality.”

Weary from denominational turmoil of the early millennium and with no stomach for any troublemakers in their midst, the conference asked for my definitive response to this statement.

In other words: agree or stay silent.

And this is why, 12 years later, I haven’t been sleeping.

At the time, I believed I was making the right and faithful choice. Though officially new to the Mennonite church, I was already well-trained in the art of conflict avoidance as spiritual discipline.

There was more than a bit of self-congratulation there as well: let the other denominations rip themselves apart, but we can be patient and discerning. Pray, wait, repeat. More than a decade later, the cycle spins ever onward.

There is a recurring image that haunts my dreams.

I’m in my seat at a bountiful dinner table, with friends all around. Some who are hungry and thirsty wait at the margins nearby, but not everyone wants to make room at the table. Not wanting to cause offense to anyone in our midst, we decide to wait. The hungry remain hungry.

I consoled myself that sins of omission and exclusion were mild compared with the hatred of the picketers I witnessed so many years before. Status quo should be preserved, I reasoned, until an agreeable way forward revealed itself like the gleaming gold road into the New Jerusalem.

Like many of my peers in ministry, I was occupied with the work of maintenance and preservation. On local, state and national levels, it was business as usual. Any suggestion of something new or challenging must be subjected to that great Mennonite inquisition, the discernment group. Pray, wait, repeat.

What I failed to understand then and what keeps me up at night now is that refusal to act is still an action. It was not until I moved into my new career as a social worker that these issues moved back into my consciousness, disturbing my spirit. With myriad economic, social and political injustices rampant throughout the world, it is clear there is no neutral territory.

We choose to side with the oppressed, the marginalized, the outcast, or else we align ourselves with those in power. Staying silent does not absolve us of responsibility; it merely implicates us in the injustice at hand with the added sin of indifference. If we do not advocate for the hungry ones on the margins, we are to blame for their hunger.

So it was that with the newest denominational arguments about inclusion and faithfulness, I could no longer bear to keep quiet. Convicted of my own role in this injustice, I began with a simple act of contrition:

When ordained, I signed a paper saying I disagreed with church teaching on LGBTQ issues but wouldn’t publicly contradict. I repent.

It was a selfish act of confession, to be sure, and with little risk.

As a straight man who has always been welcomed at the table of the church, it is easy to engage in these acts of small disobedience. And though I have since surrendered my credentials to Virginia Conference, I can be sure I will find another place at another table.

I only regret that this moment of conviction came years too late; as an “active without charge” (former) pastor, my small protestations within the conference will barely register. I chose to use my voice too late to be of any real benefit to those who need to be heard. My work of making contrition for those harmed by my silence continues.

My outsider’s prayer, then, for Mennonite Church USA moving forward is this: a lot more noise.

Surely other pastors, leaders and allies recognize that, through Gospel accounts, we have proof that Jesus wanted more people invited in and fewer people kept out.

Surely, at some point, the forward movement of time and unstoppable rush of the Spirit will lay bare the old prejudices currently hiding beneath these discussions of process and discipline.

Surely old wineskins will some day burst under the strain of their weary effort. But that day has not yet arrived.

Until then, those of us that have a voice must raise it.

Until then, we must call ourselves and each other to the faithfulness of inclusion as modeled and proclaimed by Christ.

Until then, we must work toward that day when everyone who wants a seat at the table is welcomed there in Christ’s name.

Until then, none of us should be resting.

George Dupuy is a social worker and former Mennonite pastor living in the Shenandoah Valley in Virginia.