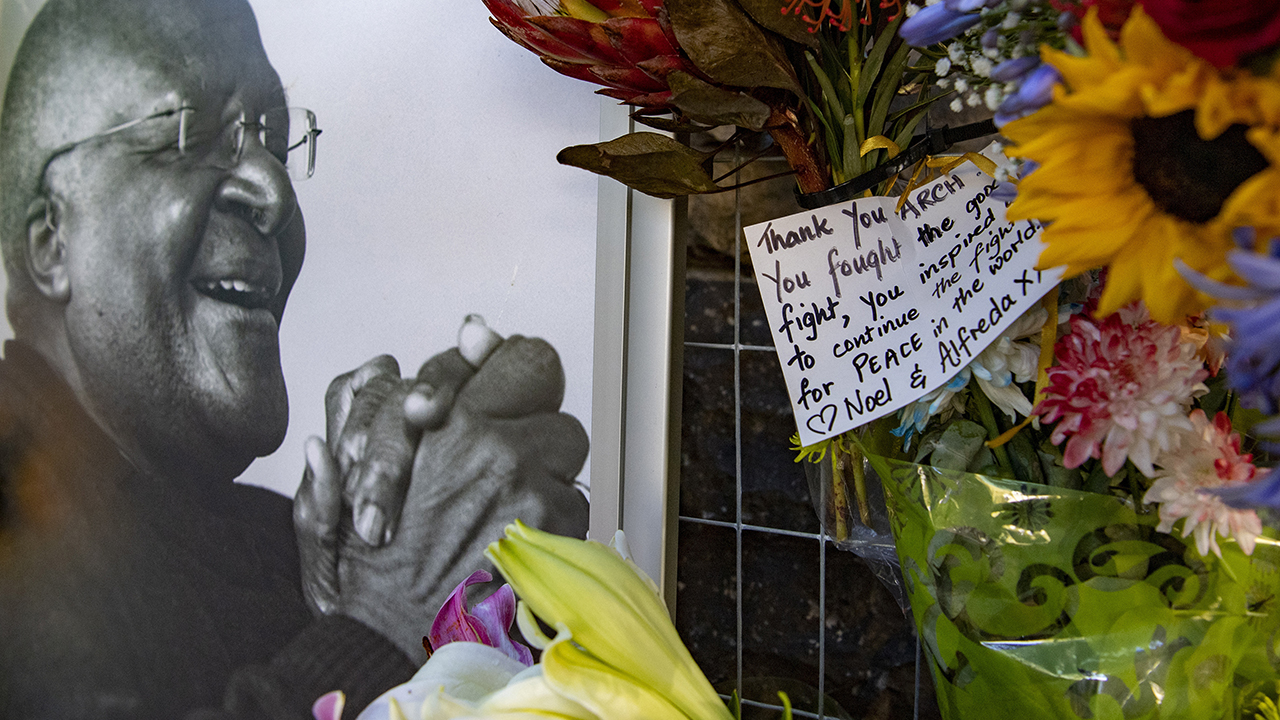 Archbishop Desmond Tutu’s legacy is reverberating among young South Africans, many of whom were not born when the clergyman battled apartheid and sought full rights for the nation’s Black majority.

Even though they did not know much about him, some young South Africans said on Dec. 27 they understood his role as one of the most prominent figures to help their country become a democracy.

“I think that people who fought for our freedom are great people. We are in a better place because of them. Today I am living my life freely, unlike in the olden days where there was no freedom,” she said.

Following the end of apartheid in 1994, when South Africa became a democracy, Tutu chaired the Truth and Reconciliation Commission that documented atrocities during apartheid and sought to promote national reconciliation. Tutu also became one of the world’s most prominent religious leaders to champion LGBTQ rights.

“As a gay person, it is rare to hear people from the church speaking openly about gay issues, but I found out about him through gay activists who sometimes use his quotes during campaigns,” said Lesley Morake, 25. “That is how I knew about him, and that is what I will remember about him.”

Tshepo Nkatlo, 32, said he is focusing on the positive things he hears about Tutu, instead of some negative sentiments he saw on social media.

“One of the things I picked up on Facebook and Twitter was that some people were criticizing him for the TRC (Truth and Reconciliation Commission) because there are still many issues regarding the TRC,” Nkatlo said, referring to some who say Tutu should have been tougher on whites who perpetrated abuses under apartheid and should have ordered that they be prosecuted.

South Africa is holding a week of mourning for Tutu. Bells rang at midday Dec. 27 from St. George’s Anglican Cathedral in Cape Town to honor him. The bells at “the people’s cathedral,” where Tutu worked to unite South Africans of all races against apartheid, will toll for 10 minutes at noon for five days to mark Tutu’s life.

“We ask all who hear the bells to pause their busy schedules for a moment in tribute” to Tutu, the current archbishop of Cape Town, Thabo Makgoba, said. Anglican churches across South Africa will also ring their bells at noon this week, and the Angelus prayer will be recited.

Several services in South Africa were being planned to honor Tutu’s life, as tributes came in from around the world.

Tutu’s coffin will be displayed Dec. 31 at the cathedral in Cape Town to allow the public to file past the casket, “which will reflect the simplicity with which he asked to be buried,” Makgoba said in a statement. That night Tutu’s body will “lie alone in the cathedral which he loved.”

A requiem Mass will be held Jan. 1 and, according to Tutu’s wishes, he will be cremated and his ashes placed in the cathedral’s mausoleum.

“He knew in his soul that good would triumph over evil, that justice would prevail over iniquity, and that reconciliation would prevail over revenge and recrimination. He knew that apartheid would end, that democracy would come,” Ramaphosa said in a nationally broadcast address.

“He knew that our people would be free. By the same measure, he was convinced, even to the end of his life, that poverty, hunger and misery can be defeated; that all people can live together in peace, security and comfort,” said Ramaphosa, who added that South Africa’s flags will be flown at half-staff this week.

“May we follow in his footsteps,” Ramaphosa said. “May we, too, be worthy inheritors of the mantle of service, of selflessness, of courage and of principled solidarity with the poor and marginalized.”