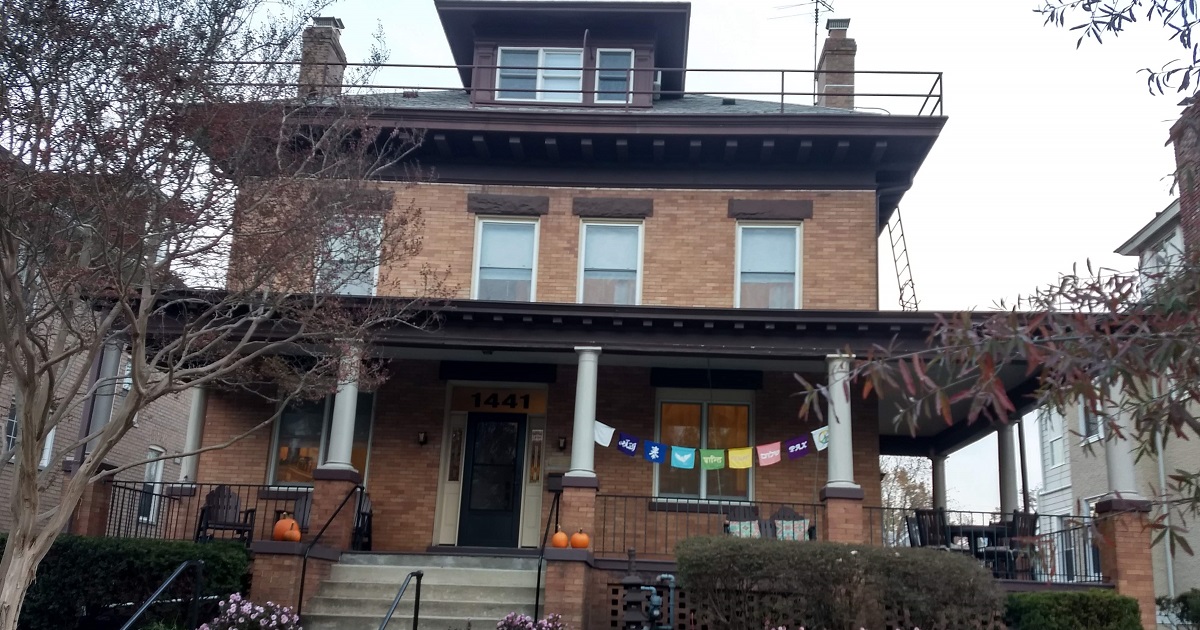 After more than 50 years of being a home away from home for people from around the world, the International Guest House (IGH) in Washington, D.C., is closing. And although the property has not yet been sold, Allegheny Mennonite Conference is already at work discerning how to ensure its ministry of hospitality continues.

The guest house operated under the auspices of the conference, which announced June 29 that the IGH board reached consensus April 30 to end operations and sell the property.

“There had been a slow, steady decline of international visitors for the last 10 years, but they were finding ways to make that work, and financially they had been pretty stable,” said Allegheny conference minister David Mishler. “But given what seems to be a longer-term world with COVID, they just didn’t see a way forward with their particular model.”

Over the years, more than 55,000 visitors from more than 160 nations shared small rooms with unknown roommates in similar fashion to international hostels, and attended breakfasts with devotions and evening teas.

“Looking forward, they would not be able to be in business for the next year to two years, is what they are seeing in the D.C. area,” Mishler added. “They ­didn’t really see being able to be open with their model.”

The decline matched the rise of online property-sharing ventures like AirBnB, but renting an apartment or home will never be the same as a ministry of hospitality.

IGH board member Sara Fretz-Goering took a break from doing an inventory of the property’s contents on July 1 to reflect on how the house embodied Christ being at work.

“That’s what Christ really meant, to give hospitality to the stranger, to open your door,” she said. “Many times hosts bent the rules to accommodate people of different cultures or orientations who needed something, or someone with mental illness who needed a longer stay. . . . It wasn’t just travelers coming through for a day or two or a week.”

The Georgian-style brick home was briefly a house church before becoming the International Guest House in 1967, thanks to the vision of first director Kamlaker Dandeker and Kenneth Good, pastor of Hyattsville (Md.) Mennonite Church. Allegheny Conference purchased the home for $39,000 that year. Hyattsville provided administrative support, and women from the conference volunteered to make quilts for the beds.

It survived flooding and plumb­ing disasters, city housing regulations and major structural renovations, but the years added up.

Maintenance was another, lesser contributing factor to the board’s decision to end the guest house ministry. The house was closed to visitors in February due to code violations, which were being fixed when COVID-19 arrived on the scene.

Carry on the mission

Still, the home has retained value. Formal appraisals have not taken place yet, but the neighborhood gives clues about a potential selling price.

“The whispered numbers I’m hearing second- and third-hand from D.C. suggest it’s going to be north of $1 million, but we don’t know how much north,” Mishler said. “It’s not a small sum. Allegheny has never had to deal with a sum like that, and we’re looking at processes to work with that amount that reflects our mission, our corporate charter, recognizing the 50-year history of Hyattsville Mennonite Church, which was integrally involved in this ministry.”

Allegheny Conference has created a transition team from its leadership council and the IGH board to create proposals for what to do with the sale’s proceeds, subject to Allegheny delegate approval.

“We’re about $120,000 a year on our budget. This puts way more reserves in our pocket than we need,” Mishler said. “We want to be creative and resourceful in trying to find ways to be faithful and steward this money in the right way.”

Hyattsville has been involved closely in the guest house since its beginning — sometimes comprising the entire board.

“If we are going to be allocated a certain amount of money from the sale, there’s a charge for our congregation to be creative and use that money wisely, definitely along the lines of hospitality,” said Fretz-Goering, noting Hyattsville is already involved with organizations working on immigration, homelessness and the prison population.

Mishler said the process of developing proposals for the proceeds has only just started. The conference’s annual meeting is Aug. 1-2, and such a short window doesn’t leave time for sufficient delegate discernment.

The challenge of creating or bolstering ministries with a windfall of cash is a welcome change for the conference.

“Allegheny has been on the other end of that for the last 10 years or so,” Mishler said. “I would take these problems over the others any day.”