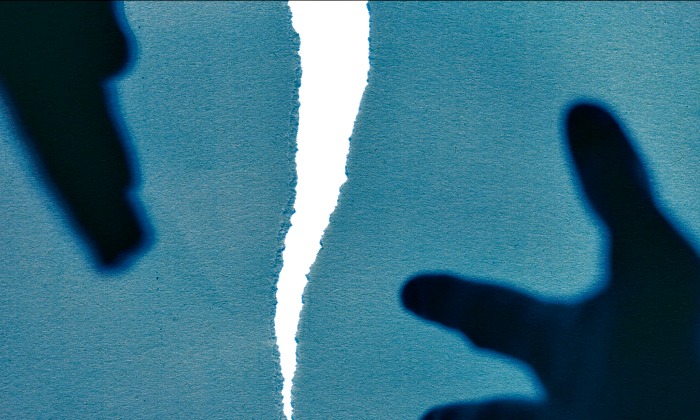 C. Henry Smith called Mennonites to toleration in his day—and ours.

Smith lived out his adult life in a time of deep conflict within the Mennonite churches.

Menno­nites were arguing bitterly about matters that to them were of dire and momentous importance: whether women should be mandated, for example, to wear a prayer covering over their hair or whether men should have to wear the plain coat, a coat without a collar or lapels.

Behind those arguments about proper dress restrictions were deeper arguments between church progressives and conservatives over proper and acceptable phrasing of Mennonite theology.

These kinds of arguments quickly came to be focused on matters of church discipline: fights about what kinds of church sanctions should be levied on members perceived to be in error, or whether or not those members were even in error at all.

The roots of the division may have even lay in a deeper disagreement over what it meant to be a Mennonite in a time of rapid socio-cultural change.

The fights were real and painful.

Individual congregations were splitting up; others were leaving their district conferences and joining new groups.

There was a movement in Smith’s day that set out to heal these divisions.

They were entirely a project of the progressives. Whatever union they envisioned really would take place on their terms. More conservative Mennonites knew this, and most refused to participate. But to dismiss this movement today might blind us to the possible usefulness of its message.

For example, take a speech Smith gave in 1925 at the All-Mennonite Convention meeting in Nappanee, Ind.

He chaired the gathering and gave the keynote address, which was so well received, the meeting secretary summarized, it “in a large measure determined the temper of the convention.”

Smith began by telling a story from his Amish Mennonite childhood on an Illinois farm. It was his parents’ custom, he said, to give each of their sons a watch on his 16th birthday. When he turned 16, however, he asked his parents whether, instead of a watch, they would give him a telescope. And they agreed.

So the teenage Henry Smith set up his telescope on the barn roof.

Pretty soon he could make out peaks and valleys on the face of the moon, and then, as he got better at it, he could identify four of the moons of Jupiter. And there on the barn roof, as he looked out on what astronomers told him were millions of stars, each at the center of its own solar system, he had a moment of epiphany that he recalled decades later.

“How it stretches the imagination to grasp only faintly the idea of the immensity of this wonderful universe and its marvelous creator and ruler. How it humiliates us,” he told the assembled delegates. “Against such a background as this how insignificant seem the little differences of opinion which exist among us mortals. And so,” he said, “’the greatest lesson I learned from my little telescope was not a lesson in astronomy … but rather a lesson in toleration.”

It’s toleration that we Mennonites need, Smith pled, though he qualified it.

Toleration, he explained, did not mean anarchy, that anyone could enjoy “a right to teach and practice what he pleases, though it may be destructive of the principles of the church.” The church, for its part, had the right to “pass upon the qualifications of its membership.”

Yet he also cautioned that “toleration is not a one-sided virtue. It involves obligations as well as privileges. It demands that we respect the honest convictions of others even though we do not agree with them.”

Toleration was critical, he pled with the churches of his day, because with it there was so much good work they could do together.

“The great need today among many Mennonites,” he told the church of his day, “is not so much an absolute unanimity of belief and practice in all details as a spirit of cooperation in carrying out a great constructive program of church activities which no group by itself is able to achieve.”

I can only imagine what Smith might have to say about our current struggles.

Here you are, some of you, poised to pull apart what previous generations of Mennonites dreamed about and longed for. Be careful. Christian unity is so delicate and so precious. Safeguard it.

“The beliefs which we have in common are of far more significance than those which separate us” Smith told his church in 1925. “What the Mennonite church needs today above all else is that its broken body should be healed.”

This is why it’s sometimes useful to stop and reflect on our history.

Perry Bush is a professor of history at Bluffton (Ohio) University and a member of First Mennonite Church in Bluffton. His fourth book, a biography of C. Henry Smith, will be published by Herald Press in September. This ran in the May issue.