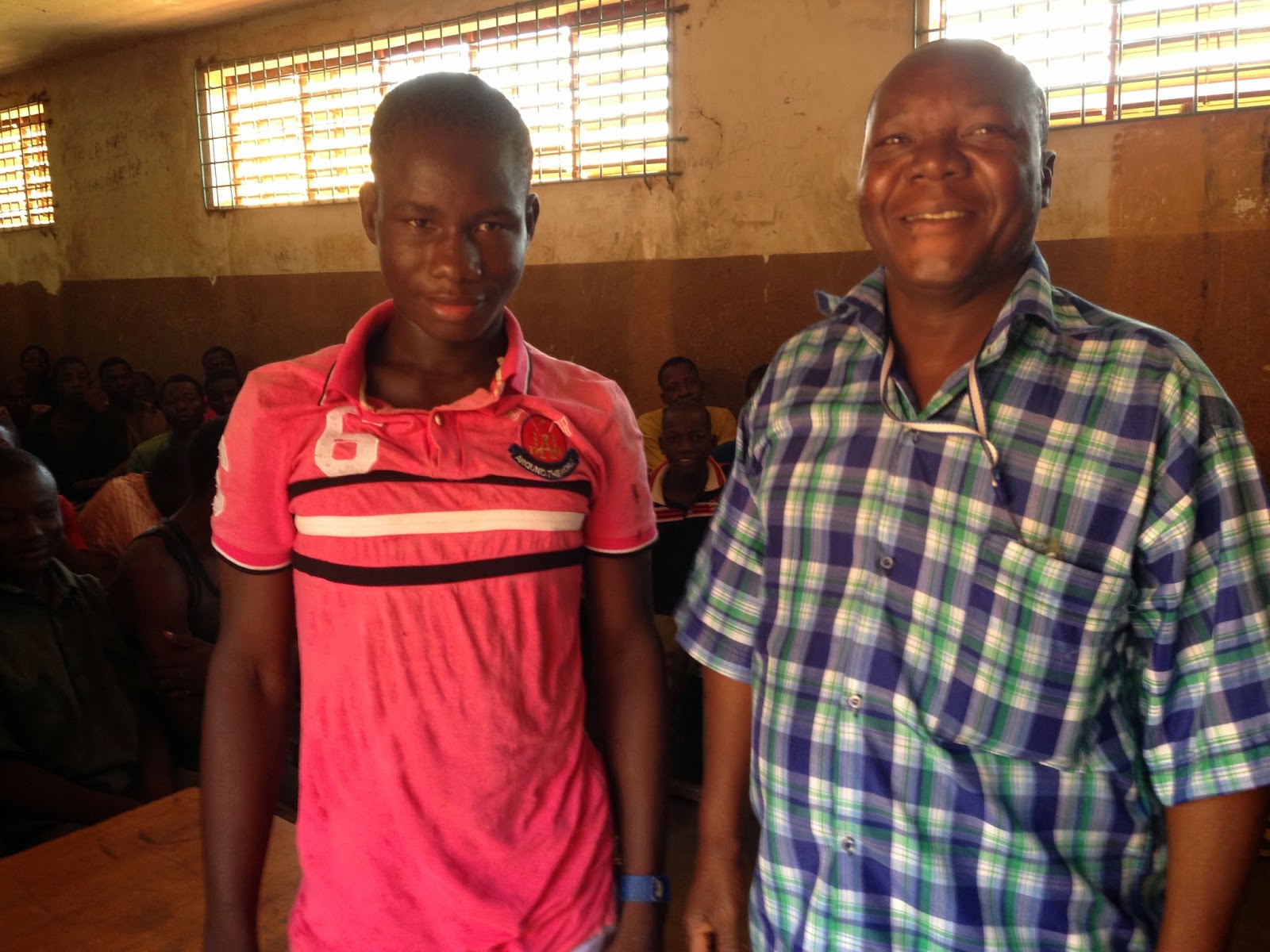 Today I am in prison in Ougadougou, Burkina Faso. I walked into the Maco prison, the oldest and biggest prison in the city, with a Mennonite Central Committee partner who works with juvenile offenders, but now they won’t let us out. 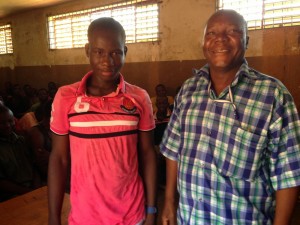 We can hear the disturbances in the street, just outside the prison walls, but we really don’t know what is happening. Parliament was to vote on changing the constitution to allow the president to serve an additional term after 27 years in office, but the people seem to think 27 years is long enough.

Adam Sensamaust, the MCC country representative, and I are in prison with Pegue Savadogo, the director of Lieux de Vie (Places of Life), an MCC partner organization working with juvenile justice and employment training opportunities that allow some young offenders to serve alternative sentences.

A soldier leads us into a room where 85 young offenders are waiting for us. We are told the youngest is age 13. About half of these young men have already received their sentences and the other half are waiting for theirs.

We are introduced to Fatass Ouedraogo who is convicted of stealing a motor bike, which is considered a major offense since it was the source of the victim’s livelihood. Fatass, age 16, has already served nine months and will serve three additional months before being released on parole to Lieux de Vie after the minimum one year sentence. Pegue will mentor him for up to a year before Fatass’ sentence will be considered complete.

Pegue tells us later that Fatass wants to learn the carpentry trade. Pegue has worked with about two dozen young men over the last two years to learn trades that can give them the skills they need to earn a living. This is especially important for Fatass who is considered homeless since his parents have left Burkina Faso for a nearby country.

After the meeting with the young men, we walk back out through the courtyard past the pots of white stew that will serve as the one meal a day these offenders will receive. Another young man stops us on the way out to talk to Pegue about when he can apply again for the Lieux de Vie program, since he was refused entry by the courts the first time.

Because of the disturbances in the street, we are escorted to a waiting room and not allowed to leave the prison until the guards believe it is safe enough for us to do so. One soldier tells us some of the demonstrators tried to break through one of the prison gates, but they eventually gave up.

While we are waiting to be left out of the prison, Pegue tells us he began this work with juvenile offenders in prison almost 30 years ago. He was formally registered with the government in 2008 and has been working with MCC the last several years. He sees this ministry as part of his Christian witness and has a vision for starting a second facility.

Pegue tells us he is trying to introduce restorative justice concepts into the Burkina Faso justice system. He is especially working to help offenders work toward reconciliation with the victims of the crimes they committed.

Bringing victim and offender together never happens in the Burkinabe justice system, Pegue tells us.

An hour or so later, and after considerable encouragement from us, the guards finally decide to release us from prison and we are reunited with Adam’s family and MCC staff. Eventually we learn that the protestors took over parliament while we were in prison, and that the police and military refused to resist. There is some destruction of property and burning in the streets, but for the most part, the label of the “quickest coup in history” seems to fit.

And so do the words of one of the prison guards who told us not to worry today because Burkina Faso is a peaceful country and everything will be okay.

Ron Byler is executive director of MCC U.S. He has been traveling in Burkina Faso and Rwanda. He blogs at Thinking Out Loud, where this first appeared.