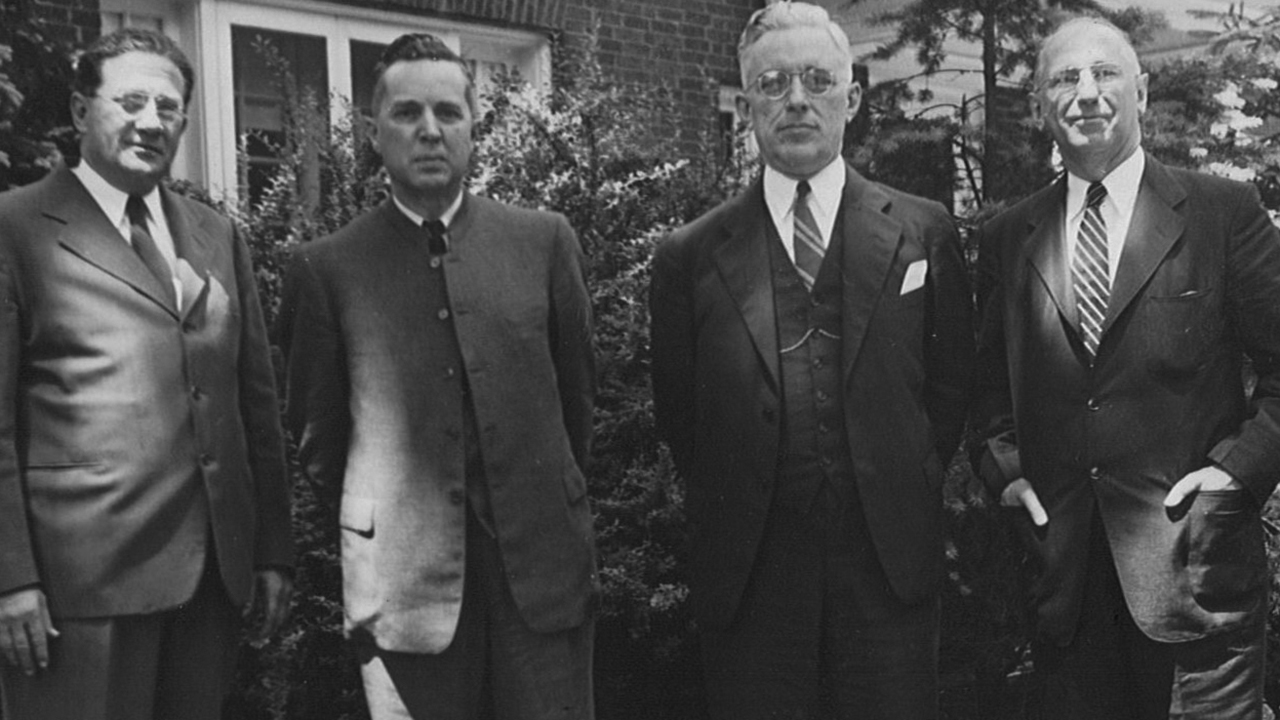 For Mennonites, CPS became a transformative development, renewing the church in its commitment to Christian discipleship. But it took the historic peace churches — Brethren and Friends as well as Mennonites — five years of work and lobbying to get Roosevelt’s signature.

The genesis of CPS was in the experiences of World War I. The federal government assumed conscripted COs would accept noncombatant assignments. But many did not, and the military didn’t know how to deal with them. Court martial, imprisonment and torture of COs in military camps were commonplace.

As a result, the peace churches held a series of conferences to better express their peace beliefs. At a landmark 1935 gathering in Newton, Kan., the assembly agreed that, in the case of a draft, church members would accept only “alternative service of nonmilitary nature and not under military control.”

This wasn’t just a religious ideal but a matter of practicality. In the mid-1930s, tensions in Europe once again raised the specter of war that could involve the United States and the possibility of another draft. The peace churches wanted to ensure their draftable young men could remain faithful pacifists legally.

On June 2, 1940 — the day Germany invaded France — Congress began considering a bill to enact the first peacetime draft in U.S. history. Despite seemingly positive visits by peace church delegations with Roosevelt, the Attorney General and the Secretary of War, the proposed legislation only exempted COs from combatant service. They would be required to accept noncombatant positions. It was the exact same position as in World War I — and untenable for the peace churches.

A Friends lawyer drafted a new CO clause to the draft bill that included civilian oversight of an alternative service program for work of “national importance.” Another Friends member, Paul Comly French, presented the proposal to the Senate Military Affairs Committee, where only two members voted for it. The determined French then took the unusual route of taking the matter to the War Department staff responsible for conscription legislation. They approved the proposal with several compromises. French then went back to the Military Affairs Committee, where it was approved and incorporated into the larger bill.

During congressional deliberations, the CO clause took a new, disappointing form. The Selective Service, in the form of local draft boards, would hear conscientious objector applications. The military would, in effect, determine the fate of CO draftees. Congress passed the bill, the Selective Training and Service Act, on Sept. 14, 1940. Roosevelt signed it two days later.

Mennonites, Brethren and especially Friends, who were more comfortable with political involvement, made an all-out push for the bill’s passage, despite its shortcomings. Peace church representatives visited an estimated two-thirds of senators and more than half of the House of Representatives. A number of peace church members, including Mennonites, testified before congressional committees.

Once the provisions for alternative service were codified, the work of actually creating such a system began. Its final design and the CPS name were approved when Roosevelt signed an executive order on Feb. 6, 1941, 10 months before the Japanese attack on Pearl Harbor.

Originally a six-month experiment, CPS lasted the duration of the war and beyond, finally shuttered in 1947 after two years of demobilization. Twelve thousand men, including 4,665 Mennonites, served in CPS camps, working in forestry, firefighting, agriculture, soil conservation, social services and mental-health services.

CPS was a win for both the military and the pacifists. The director of Selective Service, Gen. Lewis B. Hershey, liked CPS. He viewed it as a solution to the CO “problem” because it kept noncooperators — those whose convictions compelled them not to fight — out of the military system.

Hershey (who thought there might have been Mennonites in his family tree) called CPS an experiment “to find out whether our democracy is big enough to preserve minority rights in a time of national emergency.”

It was big enough, and the experiment succeeded.

For the peace churches, CPS left an indelible legacy. The spirit of service it fostered led participants into careers such as pastoral ministry and church administration. It spawned mental- health facilities, Mennonite Mutual Aid (now Everence), Mennonite Disaster Service, voluntary service programs and more. None of it would have been possible without the peace churches’ hard work to get President Roosevelt’s signature in 1940.