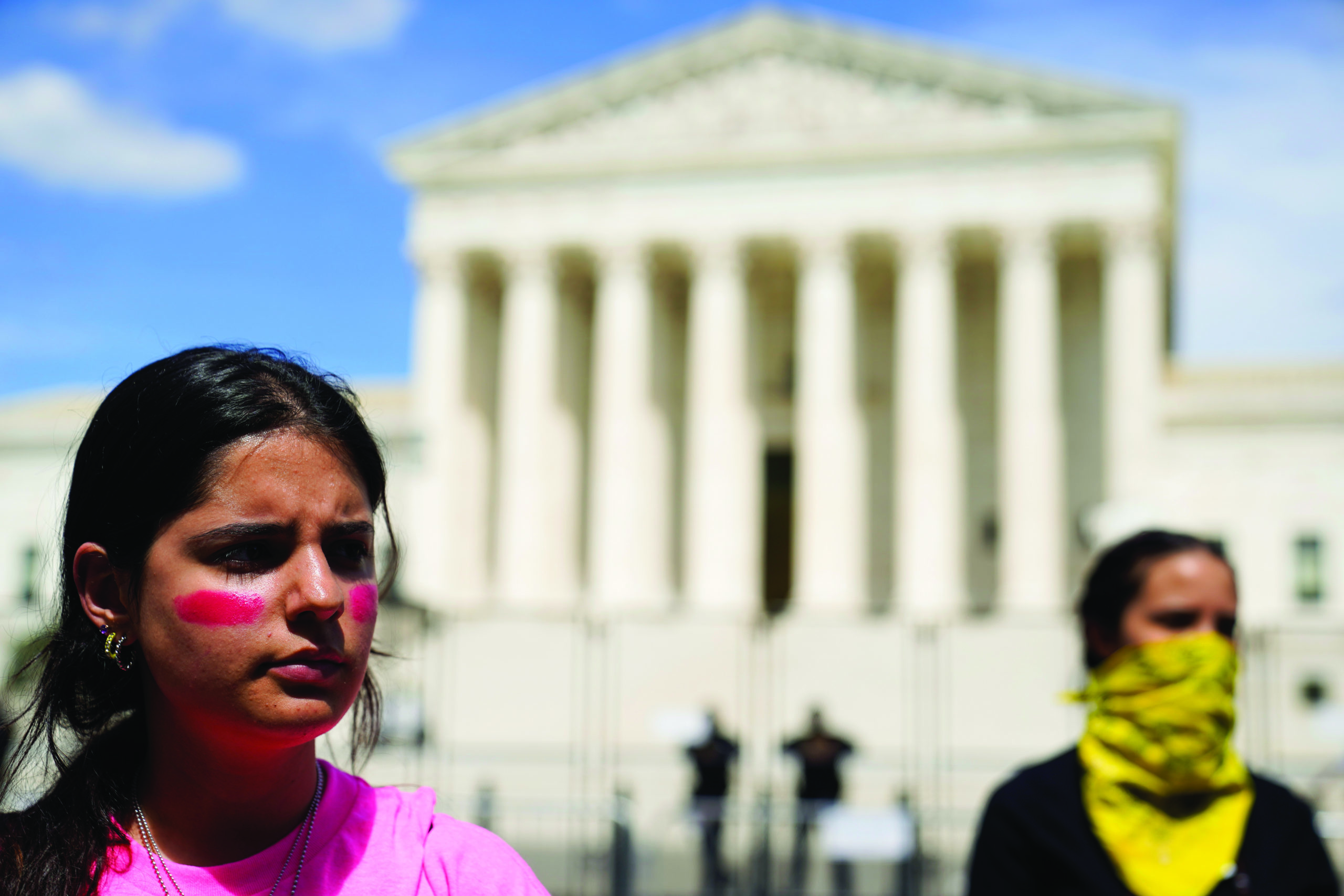 Demonstrators protest outside of the U.S. Supreme Court on June 28. — Mariam Zuhaib/AP

After almost 50 years, Roe v. Wade and a woman’s Constitutional right to end her pregnancy prior to viability for any reason are history. State legislators — or, in theory, Congress — will now decide if and when a pregnant woman can have an abortion.

Leaving the regulation of abortion to 50 separate states will create multiple and confusing standards, with numerous problems and injustices. Some states already have legislation that doesn’t include exceptions for rape and incest, and in which doctors are subject to criminal prosecution.

Future state legislatures could decide to prosecute women for having an abortion. More women will die in pregnancy. Women struggling with poverty, and Black and brown women, will be especially disadvantaged.

Also troubling is the possibility that some of the Supreme Court’s reasoning in this case could be applied to other privacy issues, resulting in an expansion of government control over other intimate areas of personal life.

As Mennonites, we try to look beyond polarized views to identify alternatives that can bring people together. As states and Congress debate abortion law, supporting legislation that respects both developing human life and a woman’s dignity and agency is biblically grounded and may find broad agreement. This article explores why a 15-week threshold for government protection of developing life makes sense biblically and legally.

For those who believe abortion is homicide, the gain in lives saved due to the U.S. Supreme Court’s decision overturning Roe v. Wade is worth the costs to personal agency and social stability. But what’s the basis of this belief? Is there a justification for expanding state power over individuals to such an immense degree?

Many scholars, however, view all these texts as poetic expressions rather than definitions of when a living person exists. There is no clear biblical basis to say abortion is homicide.

In Christian history, some theologians believed “ensoulment” — or, in our language today, when the fetus becomes a person — occurs at conception. Others believed ensoulment occurs when the fetus takes human form. While opposing all abortions, they recognized that an embryo or early fetus is best understood as in a process of developing into a human being and did not consider abortion at that early stage to be taking the life of a human being.

Mennonite Church USA declines to label abortion as homicide. Its 2003 statement on abortion stresses “the importance of respect for the life of the fetus” and condones abortion “only under the most exceptional of circumstances.” At the same time, it recognizes that “neither is the fetus treated as a human/person in the full sense of that term.”

Nor is there a consensus among scientists. Science tells us biological life is generated at conception, but science cannot tell us when this developing organism becomes a person. Some scientists say becoming a human being is a process, not something that occurs at an identifiable point in time. Others say the beginning of personhood is a philosophical question beyond the scope of scientific inquiry.

Neither Scripture nor science can prove abortion is homicide. In Roe, however, the court recognized the government has an interest in protecting developing human life before birth. Affirming a governmental interest in a developing life is consistent with Scripture and science. Roe set a viability threshold, allowing states to restrict abortion after a developing baby can live outside the womb, while mandating the right to abortion prior to viability.

As state legislators decide what the law will be, Christians do well to keep in mind two biblical values we should want expressed in abortion law: Respect for the personal agency and moral discernment of the pregnant woman, made in the image of God, and respect for the life of the emerging baby, being made in the image of God. A neglect of either falls short of the values revealed in Jesus and Scripture.

Jesus calls us to love the vulnerable, the person of a different race or ethnicity, the foreigner and even our enemies. His story of the Good Samaritan shows that the neighbor we are to love at great risk is the one who needs us, who may not survive without our care. It is not difficult to see Jesus’ breathtakingly inclusive love as extending to the emerging human life in the womb. All life belongs to God and is a gift to be received with thanksgiving. Jesus, who welcomes the little children, asks us to do the same.

Jesus treated women with uncommon respect. He elevated women, whom society devalued. He recognized women’s personal agency, invited them among his close followers and appeared first to women after his resurrection. Accordingly, a pregnant woman’s decision in a matter directly affecting her life and potential or her emerging child demands legal recognition.

Roe’s viability threshold embodied both of these essential values. With this standard gone, state legislatures can ban all abortions. This denies women’s dignity and authority as God’s agents. Alternatively, states can leave the decision about abortion completely to the pregnant woman.

Beyond these possibilities, abortion law that respects both values could provide legal protection earlier than viability. The Mississippi law that led to the Supreme Court’s ruling restricted abortions after 15 weeks. By that time the fetus has taken the form of a baby. There is an immediate and intuitive sense of shared humanity. All vital organs are formed and growing. Accordingly, the emerging baby has a medical and historical claim for protection. Most European countries cut off unrestricted access to abortion at or before 15 weeks.

In the United States, only 5% of abortions take place after 15 weeks. Using formation (15 weeks) as a threshold provides a pregnant woman substantial opportunity to legally end her pregnancy. For the small percentage who are unable to seek an abortion early in their pregnancy, exceptions can be made, perhaps among others, for rape, incest, fetal inviability and threats to the mother’s health and life.  Christians act consistently with biblical values by supporting state laws enacting a 15-week threshold.

For those of us who oppose abortion at any stage of pregnancy, a 15-week threshold doesn’t mean affirming abortion. It means, rather, that during this period we rely on moral persuasion rather than law. Everyone recognizes there are realms of personal choice where the government shouldn’t intrude, where what is right or wrong may be of high importance but must be left to personal decision.

As churches we can model and promote a pro-life culture without resort to government involvement in all cases. We can set an example by our own consistent pro-life decisions — valuing life both before and after birth. Living as a model community, while advocating for more support for pregnant women and families with children, is a faithful and effective way to reduce the number of abortions — and to draw people to Jesus by our compassion.

Martin Shupack is a retired pastor, attorney and public policy advocate. He served with Mennonite Central Committee for 13 years, in Mexico and the Washington Office. He recently retired as director of advocacy at another faith-based global humanitarian aid organization. He is an elder in New Hope Fellowship Church, a Mennonite congregation in Alexandria, Va.