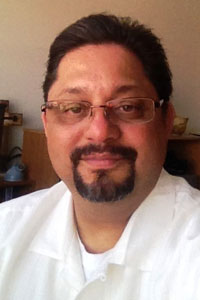 I can only imaging Zachariah’s torment. For nine months he was unable to verbally share his temple experience. Until the day came when silence was broken, he was unable to speak and share about the epiphany he had witnessed.

While traveling back home recently after having visited my family, my plane was delayed for almost three hours. This delay made feel as if I had waited for a whole day. This waiting at the airport contributed to an increase in my stress level to the point that I no longer felt comfortable. I knew that this delay would affect my entire itinerary and eventually, I would miss other travel arrangements and other meetings that I had scheduled.

After reflecting on my experience, it led me to believe that the virtue of waiting is no longer part of our human condition. IWe have managed to become an impatient society that wants things right away.

My situation also made me reflect on the experience of the Israelites. A promise of salvation was given to them, but it took a long time for this promise to be fulfilled.

On the one hand, between the last book of the Old Testament and the first book of the New Testament, there is a period when it seemed that God had kept silent forever. However, in the writings of Luke, this unfulfilled eschatological promise was about to take another turn. Through Emmanuel, God is about to “show up” in human history in such a way that the world has never seen before. The dawn of a new era is finally emerging.

As I read of the birth of John the Baptist, I see God’s transforming news breaking the silence with a new proposal amidst the ordinary. If we want to really find out what God is about in the world, then this text is one we cannot master nor control. We can only wrestle with it.

This John is going to be entrusted with a missional task, proclaiming that humanity can have an encounter with God who came to the world in Jesus Christ alone. That’s the centerpiece message of the nativity.

Christmas needs to be considered the paramount night of the year. A night that confronts an expectant humanity with the mystery of the Creator dwelling amidst creation.

It was on that night that God was making himself vulnerable and taking on human life and death in a broken and messy world. Christ the Lord is at the center of the Nativity narrative.

Christmas is an expression and proof of God’s love, grace, salvation and mercy towards humanity. God became flesh to live among us simple mortals within our human reality and its complexity.

Christmas cannot be reduced to a fairy tale when children and adults receive gifts simply because they behaved well all year long. Do not get me wrong, I’m not suggesting we stop celebrating Christmas. On the contrary, we should celebrate Christmas as best we can! After all, it’s about finding the power within the Christmas story which is God dwelling among us through Jesus Christ.
It is about human redemption and yes, Christmas should be celebrated with the greatest joy and gratitude possible!

Despite of being part of a society with a “right now culture” that seems to have forgotten how to wait, the Nativity story should be understood and lived by those who have learned to wait on the Lord.

As a church, we need for God to be present and living at the heart of our pain and anguish and at the center of our hopes and dreams. His apparent silence should not be confused with eternal absence.

May the Lord visit and finds us in holy places serving, waiting and ready to share the good news, just like Zachariah did. Let us break the silence by telling the true Christmas story.