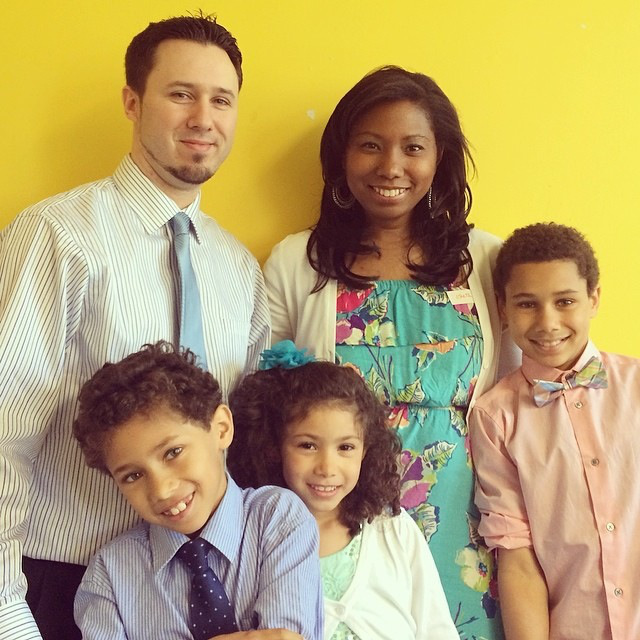 Osheta Moore is an African-American, suburbanite Texan who fell in love with urban core development in New Orleans when her family moved into an under-resourced neighborhood. She and her family are now serving at a church in Los Angeles. Osheta blogs at Shalom in the City and is a member of the MennoNerds blogging collective.

Read all the 2015 Advent reflections.

“You have spoken harsh words against me, says the Lord. Yet you say, ‘How have we spoken against you?’ You have said, ‘It is vain to serve God. What do we profit by keeping his command or by going about as mourners before the Lord of hosts? Now we count the arrogant happy; evildoers not only prosper, but when they put God to the test they escape.’

Then those who revered the Lord spoke with one another. The Lord took note and listened, and a book of remembrance was written before him of those who revered the Lord and thought on his name. They shall be mine, says the Lord of hosts, my special possession on the day when I act, and I will spare them as parents spare their children who serve them. Then once more you shall see the difference between the righteous and the wicked, between one who serves God and one who does not serve him.”

Last night I gave my thirteen-year-old son permission to cuss in his prayer journal. Well, to be clear, I suggested he start a prayer journal, write things he’s grateful for as a way of remembering God, and, when things are hard, to write his prayers—as raw, as angry, and as cuss-word filled as he needs.

The only caveat was that he couldn’t use “sharing his prayer requests” as an excuse to cuss around the family. But in the presence of God, processing his pain, sure.

I could tell from his widened eyes and the slight mischievous grin on his lips that this suggestion surprised him. He’s had a rough year with our move from Boston to Los Angeles. He misses his old school, he misses the comfort of a familiar place and most of all he misses his friends. Everything changed for him in a short amount of time. I’ve watched him process all this pain and confusion and I understand. I want him to have hope. I want him to be open to my help. And most of all, I want him to be honest with feeling.

But I’m only human. I have two other children who need their mom to support them in the transition. Sometimes, I don’t have the right answer. Or any answer for that matter.

This is why I told my son to start a prayer journal and be as honest in it as possible: bad punctuation, angry entries, cuss words and all. God is listening and He has the perfect antidote for our pain. Himself.

I love how in Malachi 3:16-18, God points out to Israel that they’ve spoken out against him to get them talking to him about what’s really bothering them and then to give them a promise. God says, “You’ve spoken arrogantly against me,” and then he goes on to tell them that he’s heard their grumbles about injustice, futility, annd hopelessness. For a chosen people, this was akin to blasphemy or, quite possibly, just like a thirteen-year-old using a few choice phrases to describe this season of loneliness.

When God made His attentiveness to His children known, something shifted. They gathered together and wrote out their memories of Him. This remembering the goodness of God was the antidote to their arrogance.

Their arrogance wasn’t in the fact that they spoke plainly about the Most High. It was that they assumed that He didn’t care. The arrogance of the Israelites was that they believed it was up to them to face their pain all alone.

God reminds them that they are His treasured possession and desires to be their compassionate father.

He even promises wisdom and insight for hard times.

Right now our world feels very dark. Shootings, persecution, and racism fill our Facebook feeds. We have Twitter hashtags for tragedies around the world: name of cities we love, names of children, and protest cries. The hopelessness is overwhelming.

No, God is listening. He’s watching. He’s waiting for us to get honest and invite him in. And when we do, He gives us the very thing we need: His presence. The hope of His deliverance. The confidence in His loving words.

This hope is why we celebrate the birth of Jesus. The incarnation, the right-next-to-you-in-your-messiness of Emmanuel is good news for every person who feels like they are all alone in this world that doesn’t make any sense at all.

This was my hope for my son when I suggested his prayer journal. I want him to know the Jesus who touches the leper and restores the demonic and listens to the sobs of a woman washing his feet with her hair.

If you’re struggling today, know this, dear one: Jesus sees you. He hears you, and he isn’t put off by your very human, very honest, sometimes arrogant prayers. In fact, your honesty draws him even closer and there you will find your peace and your hope. There you will be treasured and loved.

Sign up now to receive the 2015 Advent reflections in your inbox daily:

Email Marketing You Can Trust