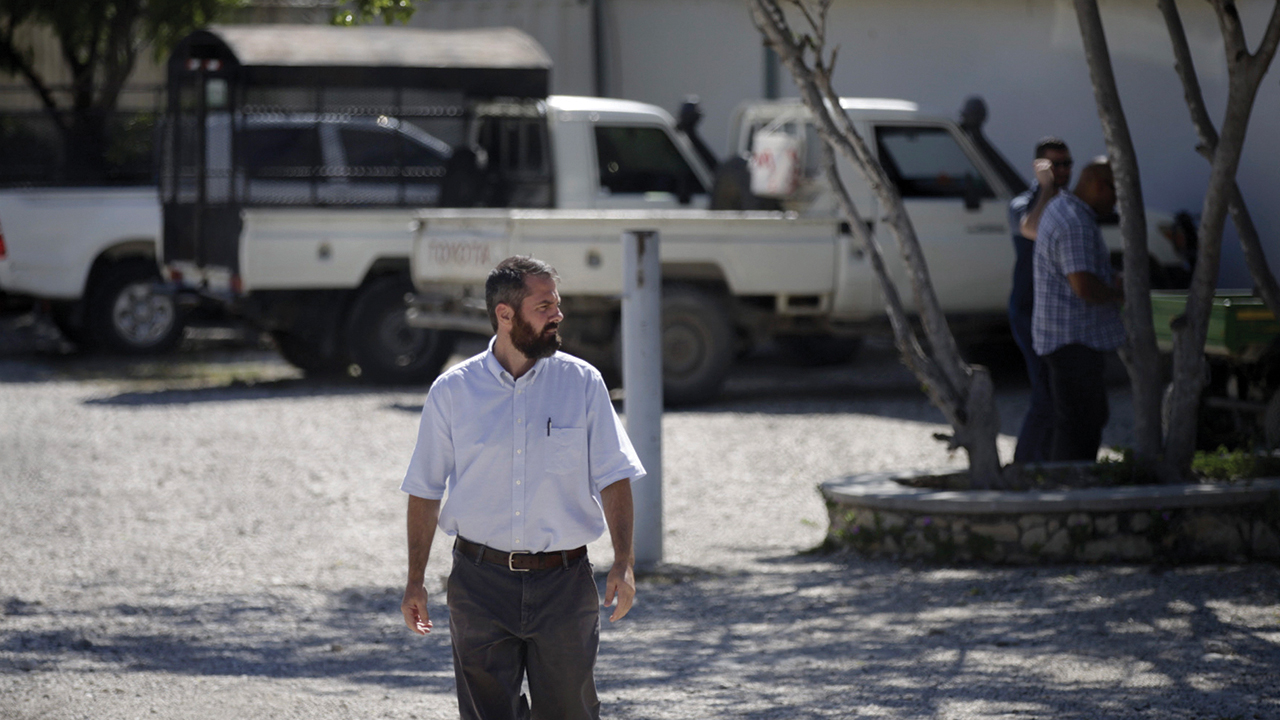 A person at the Christian Aid Ministries headquarters walks inside the center at Titanyen, north of Port-au-Prince, Haiti, on Dec. 6. — Odelyn Joseph/AP

In Acts 16, an earthquake throws open the prison doors, prompting the release of Paul and Silas.

In Acts 12, chains fall from Peter’s wrists and an angel leads him out, right past two guards.

The annals of bold breaks from captivity gained another dramatic story in December.

Twelve hostages — workers in Haiti with Christian Aid Ministries, including three children — bolted as Peter did, sneaking out in the middle of the night, unseen by numerous guards, according to CAM’s account.

The resemblance to Acts 12 is uncanny — including the attribution of divine intervention.

Peter escaped because an angel rescued him. The hostages in Haiti “felt like God prepared a path before them,” CAM spokesman Weston Showalter said at a press conference on Dec. 20.

In both cases, deliverance was an answer to prayer.

“While Peter was kept in prison, the church prayed fervently for him” (Acts 12:5).

During the CAM workers’ two months held captive by the 400 ­Mawozo gang, the prayers of Anabaptist churches surely were no less fervent than those of the Jerusalem church for Peter.

“I am confident God was working through this whole thing, and the prayers of God’s people all over the world played a key part,” Showalter said.

With the families and colleagues of the CAM workers, we rejoice in answered prayer. We prayed for them too.

We also observe that prayers do not guarantee deliverance.

Consider another pair of biblical and contemporary stories: the apostle James and the young peacemaker Michael “MJ” Sharp.

In Acts 12:2, a verse perhaps little noticed on the way to the story of ­Peter’s angel-escorted flight, we read that King Herod had James “killed with the sword.”

On March 12, 2017, in the Democratic Republic of Congo, kidnappers killed Michael Sharp with a gunshot to the head.

There might not have been much time to pray for James before his execution. There wasn’t for Sharp.

But we can be sure each had a host of intercessors for his safety while doing dangerous, holy work.

And yet they paid with their lives.

The theology of how God answers prayer will always leave more questions than answers.

For some, tragedies and dashed hopes scuttle faith altogether.

The rest of us can only say, as the father of the afflicted boy in Mark 9 pleaded to Jesus: “I believe; help my unbelief!”

It’s cognitive dissonance, to be sure. The writer F. Scott Fitzgerald said the ability to hold opposing ideas in one’s mind at the same time is a mark of intelligence. Perhaps it’s also a mark of faith.

For many of us, the battle of faith and doubt is an integral part of the seeker’s — yes, the believer’s — life.

And we are in good company. The evidence is right there as we continue reading Acts 12.

The followers of Jesus are holding a prayer meeting — presumably for Peter’s release — when Peter himself knocks at the gate.

A maid named Rhoda recognizes his voice and announces that Peter is right outside.

Incredulous, the believers (skeptics!) pause their prayers to reply: “You are out of your mind!” (Acts 12:15).

Then they open the gate and are amazed.

We praise God for the life of Michael Sharp, who shined the light of peace in his work with Mennonite Central Committee and the United Nations.

We praise God for the deliverance of the CAM workers, who gave a powerful witness of loving their enemies during two months of captivity.

We praise, and pray, in sorrow and in joy.