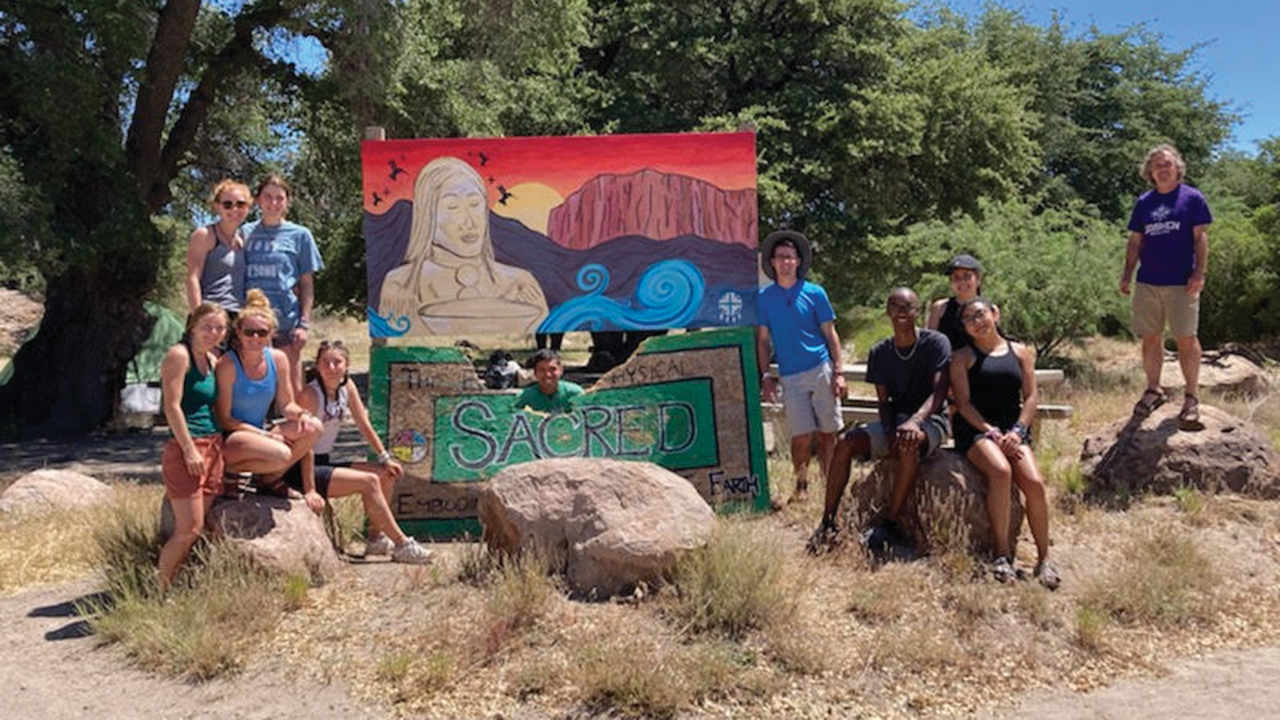 Members of the Goshen College cross country team are joining an Apache-led movement to protect sacred land by running their prayers in September. My teammates and I invite you to move in prayer with us.

On June 6, I was part of a Goshen College Study Service Term group that camped out at Oak Flat in Arizona. Located in the Tonto National Forest, Oak Flat (Chi’chil Bildagoteel) is a sacred site of the San Carlos Apache and other Indigenous nations. This land has an astonishing desert ecosystem we witnessed firsthand.

In 1955, President Eisenhower protected the land from mining. Today it is sought after by Resolution Copper, a joint venture of two of the world’s largest mining companies. Their mining plan calls for a one-mile-wide, 1,000-foot-deep crater that would not only destroy Indigenous sacred land but also pollute the water.

The U.S. Forest Service owns the land. In the past, attempts to give the land to Resolution Copper were unsuccessful in Congress. However, in 2014, two senators made a backroom deal, attaching a “midnight rider” to a military spending bill. Under this arrangement, the government would trade the land to Resolution Copper in exchange for land of much less value. The swap has been postponed through prayer, action and lawsuits by Apache Stronghold, an Apache-led organization.

The land is still in danger of being turned over to Resolution Copper. In 2021, the Save Oak Flat Act (H.R. 1884/S. 915), which would secure long-term protection for Chi’chil Bildagoteel, was reintroduced in Congress. It is imperative that enough voices reach Congress in support of the Save Oak Flat Act to preserve this sacred land.

When our Goshen College class arrived at Oak Flat, we had to disconnect from our digital world, because there was no internet service. I was hesitant, but soon something in me shifted. I felt safe, calm, at peace. I felt connected to my surroundings. I found myself living in the moment.

One evening, we met with Wendsler Nosie Sr., a leader of Apache Stronghold. Night fell, stars shone and a breeze swept my hair as I listened to him describe Oak Flat’s importance and the land’s sacredness.

I felt a spiritual connection with my surroundings. I had not felt that way for a long time. For a couple of years, my life has been a roller coaster. But even when I lost faith or felt lost, running grounded me.

Runners interact with the earth every day. We can feel how important the land is. It has many gifts that we don’t realize until we are present with them.

Wendsler and the Apache Stronghold shouldn’t be alone in their fight to protect the spirit-filled land. I invite you to join with me and the Goshen College cross country team in September to run or move during September in solidarity with Apache Stronghold.

Apache Stronghold supporters will caravan to San Francisco for a hearing with the Ninth Circuit Court of Appeals, which could halt the land transfer to Resolution Copper. If that doesn’t work, they may take the case to the Supreme Court. In the meantime, we can call on our Senators and representatives to co-sponsor the Save Oak Flat Act (H.R. 1884/S. 915).

The Apache Stronghold needs our support and prayer. They see what they are doing as liberating all of us from the ways of death that colonization brings.

Wendsler Nosie Sr. is known for his running background. Running helps us make a connection with the land as we sense the landscape around us and move through it with reverence.

If you don’t run, move however you are able. Do it in a prayerful way, holding the protection of Oak Flat in your heart and asking our Creator for protection of this sacred land.

Apache Stronghold calls us to remember our unity as people of diverse backgrounds and traditions. With their call to prayer, they say: “One drum. One prayer. One circle.”

Please join us by moving for 30 days in support of Oak Flat and Apache Stronghold. Post photos on social media of you moving or running with your community, with the hashtag #protectoakflat and #dismantlediscovery.

Arleth Martinez is is a Goshen College sophomore from Goshen, Ind., majoring in biochemistry/molecular biology on the pre-medicine track. 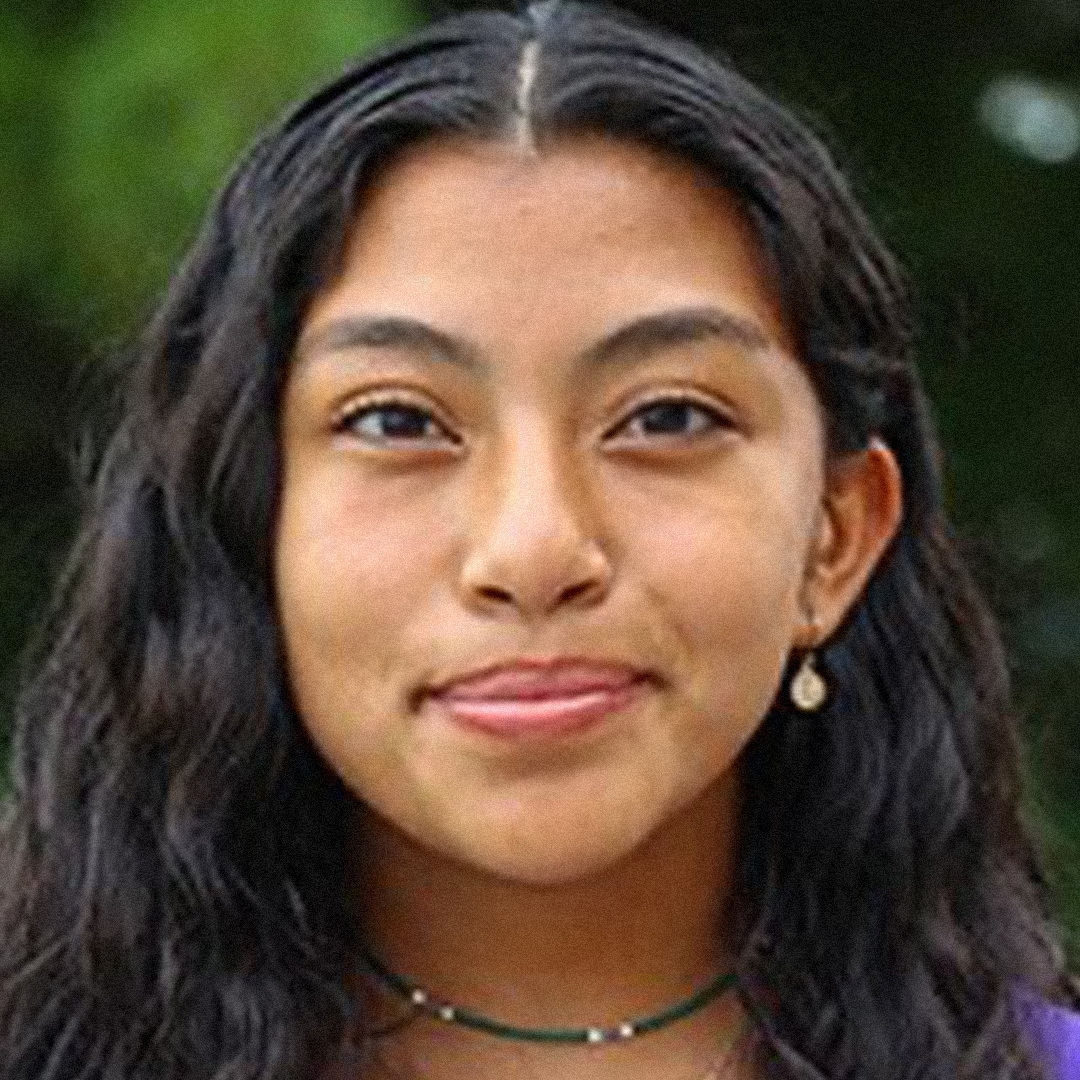