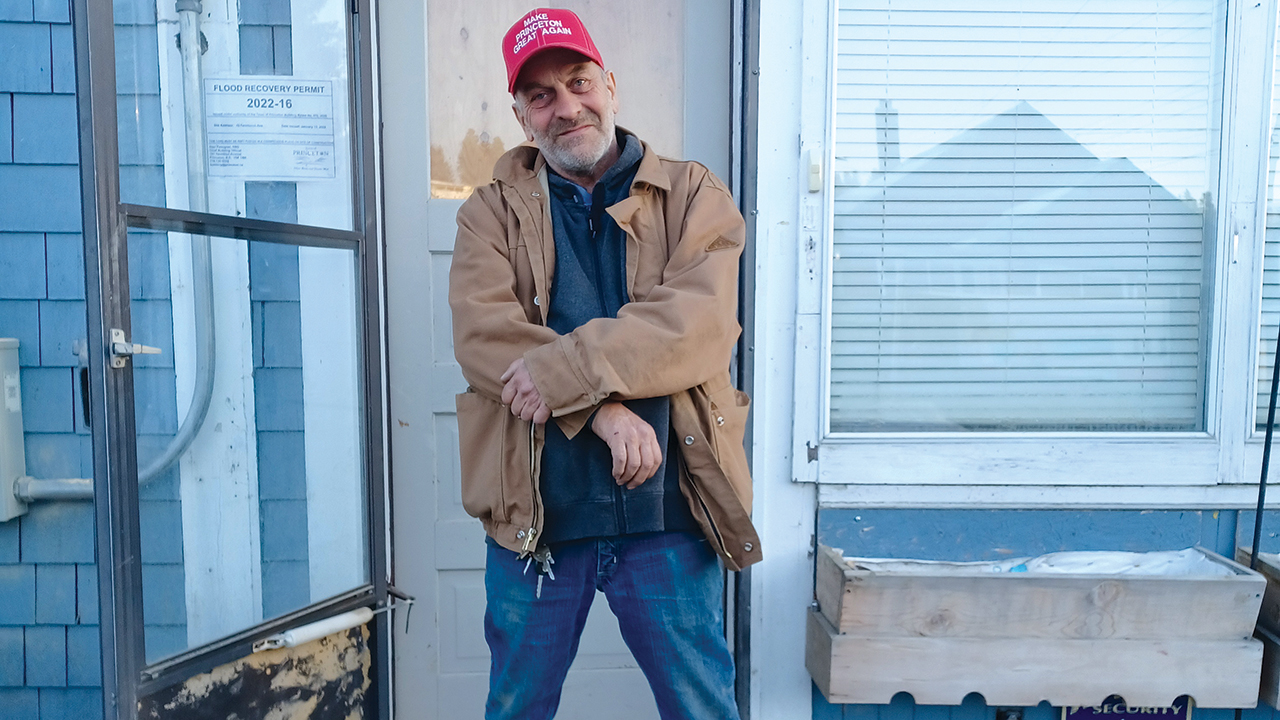 Mario Loutef: “The people from MDS are like a bunch of angels.” — Shelley Dueck/MDS Canada

“The Mennonites are coming!”

That was the buzz around Princeton, B.C., in early December when the first Mennonite Dis­aster Service volunteers arrived to help ­residents hard-hit by flooding in mid-November.

People were exhausted, said mayor Spencer Coyne. But knowing help was arriving put “a glimmer of hope in their eyes.”

Hope is still shining for Mario Loutef, who has been working on his flooded home since the water receded.

“There was over a meter of water in the house,” the 59-year-old semiretired carpenter said in February. “We lost everything.”

The first time he came back to his house after the disaster, “I broke down,” he said.

Loutef and his partner, Melody, didn’t know where to start the recovery process. But then MDS offered to help.

“They helped me get the damaged stuff out of the house and removed the mud,” he said. “If not for MDS, I don’t know what I would have done.”

Now the volunteers are back, helping him repair his home.

“The people from MDS are like a bunch of angels,” he said. “Absolute angels, for sure. Without them I don’t know where we would be.”

In February, the couple was still living in a nearby hotel, but now there’s a new furnace, electricity is back on, and drywall is up.

Loutef helped with the repairs, using his carpentry skills. When the house is finished, he knows just what he is going to do.

“I’m going to volunteer with MDS,” he said. “It’s something I have to do when I look at what they’ve done for me.”

After flood, musician gets his banjo back

Since December, Mennonite Disaster Service volunteers in Princeton, B.C., have cleaned out and repaired 43 flooded houses.

And fixed one banjo.

The banjo’s owner, Wesley Emmelot, and his wife, Maureen Parsley, lost almost everything in November when the Tulameen River overflowed its banks.

Emmelot could only take a few things when he waded out the door. He left behind his prized instruments — an accordion, ukulele, guitar and banjo.

“I play on the music team at my church and for people in a local personal care home,” he said.

When Emmelot returned after the flood, he found all the instruments had survived — except the banjo, which was waterlogged and stained.

“I didn’t have any hope it could be played again,” he said.

Davis, an MDS volunteer from Trail, B.C., was mucking out the couple’s house in January when he saw the banjo standing in a corner.

“Wesley told me it might only be good for parts,” he said. “Little did he know I have a friend who repairs guitars.”

His friend, Dallas Fletcher, is retired, and they both go to Trail Alliance Church.

Water had softened the glue holding the neck to the body. The banjo was falling apart.

Fletcher clamped and glued it back together and made other repairs. He removed most of the stains.

“Not all of them,” he said. “Now it has history and character, and a story to tell.”

Fletcher was glad to be able to do something for MDS. A bad back and arthritis prevent him from volunteering at project sites.

“It’s something I could do to help someone hit by a disaster,” he said.

Davis presented the restored banjo to Emmelot on Feb. 16.

“I’m very thankful for what Dallas and Mike did,” Emmelot said, adding if there is an event to celebrate the completion of MDS work in Princeton, “I can play my banjo.”