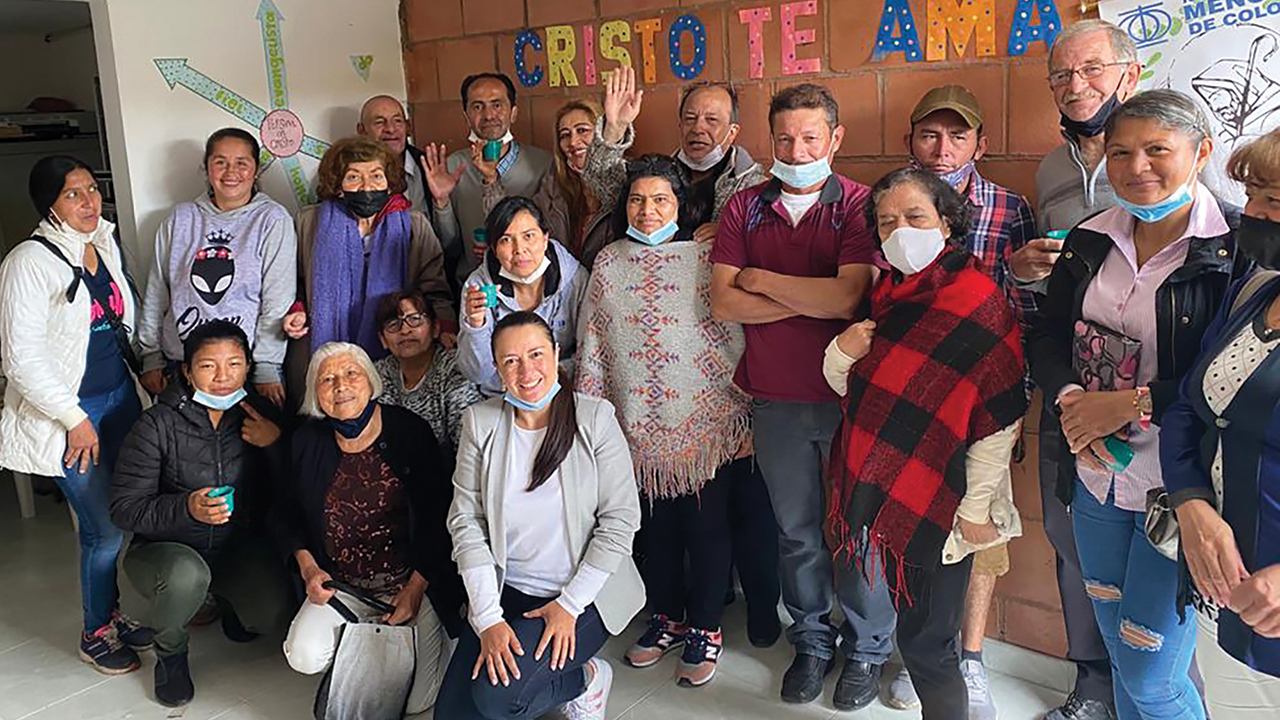 After years of moving from place to place, the Pathways of Hope congregation bought a building with three storefronts. — Mennonite Mission Network

Planting a church in Bogotá, Colombia, Jaime and María Victoria Ramírez have seen God provide far more than they dreamed of.

They’ve also learned not to be discouraged by having to move around a lot before finding a long-term home.

The Ramírezes’ church-planting journey began when they wanted to make discipleship training more convenient for people in the Bogotá neighborhood of Suba. Jaime Ramírez and fellow pastor Peter Stucky decided to plant a church there.

The Ramírezes drew inspiration from the Sent Network, which ­Iglesia Cristiana Menonita de Colombia (Christian Mennonite Church of ­Colombia, or IMCOL) encouraged them to participate in.

A program of Mennonite Mission Network, the Sent Network is designed to recruit, equip and prepare church planters to create and foster Anabaptist communities.

It uses a framework known as APEST, which stands for Apostle, Prophet, Evangelist, Shepherd, Teacher. This helped the Ramírezes and the rest of the leadership team focus on their specific callings.

Finding a permanent location for the church was a challenge. When the congregation started meeting in 2014, they met on the terrace of a member’s rented home. Soon after, they started moving from home to home.

Eventually, they rented a small space in a communal building. But they would often show up only to find someone else had rented the space.

Soon they outgrew the Caminos de Esperanza building. After renting a two-story house for about three years, the congregation began to expand its ministries.

Jaime Ramírez had always been an entrepreneur who hoped to start businesses for the kingdom of God. He and María Victoria wanted to provide jobs for the women in their community. Their daughter, Dayana Ramírez Sosa, was trained as a baker, so they started a bakery in the building the church was renting.

Five women from the congregation, along with Jaime Ramírez, began producing baked goods, which flew off the shelves.

IMCOL was excited by the potential and began fundraising with the congregation. Grants and loans, some through MMN, along with local efforts made it possible to purchase a building with more than 3,000 square feet. It includes three storefronts — where they plan to locate the bakery, a coffee shop and bookstore — and ample space for church services.

Jaime Ramírez sees the hand of God in the real-estate deal. They were able to buy the property for a little more than half the appraised value.

“It is as if I asked God for a small car and God gave us an airplane,” he said.

Pathways of Hope plans to keep on expanding its ministries. Jaime Ramírez has ideas for several projects, including providing diapers for mothers with handicapped children and food for people without homes.

“I’m 66 now. I’m not that young,” he said. “But I see myself [continuing to] combine social work, entrepreneurial work and church-planting work. That’s where I see my future.”