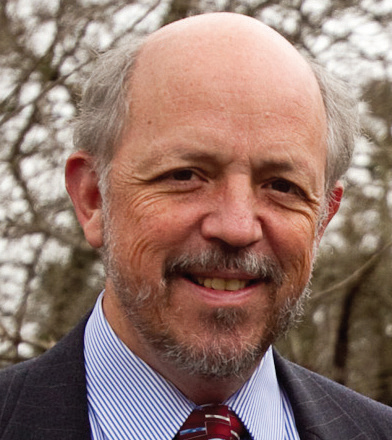 Michael A. King is dean at Eastern Mennonite Seminary, Harrisonburg, Va., publisher of Cascadia Publishing House, LLC, and a blogger and editor at Kingsview & Co. This article has roots in presentations at Eastern Mennonite School for Leadership Training 2013 and at the Mennonite Church USA Phoenix 2013 and Kansas City 2015 assemblies.

As best I can piece it together, depression, anxiety and other psychological wounds have shrouded my family for 100 years or more. The perception that they pointed to spiritual-life deficiencies and a weak or sick relationship with God deepened the wounds.

A New York Times article by Jan Hoffman, “More Pastors Embrace Talk of Mental Ills” (Nov. 28, 2014), highlighted for me how important it remains to shift from viewing mental illness as a spiritual deficiency involving “them” and not “us.” As Hoffman reports, “from pulpit to pew there is a silence and stigma among conservative Christians around psychiatric disorders, a relic of a time when mental illness was seen as demonic possession or a sign that the person had fallen in God’s eyes.”

My experience is that there is journeying to be done by each of us, whatever our faith perspectives, in moving beyond a status-quo wounding to the millions of us who wrestle with mental health. Christians tempted to wrap each other’s struggles in stigma or secrecy bear a special responsibility to help us view mental illness not as spiritual failure to be ashamed of but as a burden to help each other carry—or even embrace as a paradoxical gift making us the treasure we are. And as essential as expert treatment of mental illness can be, I’m struck that part of what we need from each other is remarkably simple if we only allow ourselves to grasp this: Mental illness happens among us—not out there to stigmatized strangers.

Those more intensely affected by mental illness often feel pushed to the edges as weirdos who don’t fit in if we acknowledge struggles with depression, anxiety, phobias, compulsions, hearing voices, insomnia or the inability to trust being lovable and loved. Yet Christians inspired by Jesus dare wonder if those of us who face such suffering are not only “us” rather than “them” but even especially cherished in God’s realm.  I don’t mean this simply fixes things. It didn’t for Robin Williams, who was loved by millions but committed suicide. It hasn’t for a society battling over the roles guns, ideology or mental illness play in mass shootings. It didn’t for the Germanwings passengers that depressed pilot Andreas Lubitz took to the grave, showing us how complex these relationships between mental illness, stigma, competency and consequences can be.

And it didn’t for members of my family mostly shaped before efforts to break down stigma gathered momentum. My grandfather, suffering clinical depression, didn’t feel cherished. In 1956, when I was 2 and he was a farmer in his 70s, he went out to a field and turned a shotgun on himself. His loved ones, having no idea what to do and fearing he had gone to hell, suffered in secret and in silence as they both contributed to the stigma surrounding what had befallen them and were savaged by it.  Here is a story of inability to experience God as big enough for what needed to be faced. In my grandfather’s day, depression or anxiety were indeed, as Hoffman reports and too often remains the case today, deemed spiritual failures, so to experience them was to be bad. And if you were bad, then how could God be part of the horrors you were going through? You thought they were your fault, one more thing to separate you from a God upset by your failure.

Fortunately, some Christians have come a long way since my grandfather’s day. In a Christian Century news story, “Tackling Stigma of Mental Illness, (May 6, 2013), Bob Smietana offers examples, starting with Frank Page. When the former president of the Southern Baptist Convention lost his daughter to suicide, he wrote tenderly about her and of his shock and loneliness in Melissa (B&H Books, 2013). The book begins, “I dreamed about her again last night.”

Both Smietana and Hoffman touch on the suicide of evangelical leader Rick Warren’s son. Warren did more than keep it a shameful secret. In a sermon at Saddleback Church (July 27, 2013), he observed that “God knows what it’s like to lose a son.” And, “It’s amazing to me that any other organ in your body can break down and there’s no shame and stigma to it,” Warren told the congregation. “But if your brain breaks down, you’re supposed to keep it a secret.…If your brain doesn’t work right, why should you be ashamed?” If we don’t need to be ashamed, Warren underscores, then instead of secretly carrying the hurts that draw us toward killing ourselves, we dare think of them more like cancer, stroke or heart attack.

My family of birth had to find its way through all this. When I was about 10 and my sister Angela 3, I dreamed she was on the roof, fell or jumped, and died. When I awoke, I lay in bed a long time, the nightmare not quite lifting. I won’t try to tell her tragic and rich story; I’ll simply report that by her teens, Angela had begun rotations through psychiatric hospitalizations. Just before turning 40, when she stopped taking meds that made her feel dead, she jumped from her apartment window. She broke her pelvis but recovered well enough that she and we dared dream she had entered a more hopeful part of her journey. Yet undiagnosed meningitis was spreading from pelvis to brain; soon she died.

Here again we have a story in which God and the many who loved Angela cherished the sufferer no matter the struggles. But because her brain was sick, Angela didn’t fully know how to take this in (though she grappled with it: Angela Speaks by Angela J. King with Noël King, www.cascadiapublishinghouse.com).

I wish she could have been at her funeral. For two straight hours, in 2001 at Lindale Mennonite Church, Linville, Va., people who had loved her from all across stages of her life testified to how much she had meant to them. Some who personally struggled with mental health or who had loved ones who did were at the funeral. Amid sorrow, they testified to how much it meant to have Angela cherished for who she truly was rather than needing the life she really lived prettied up to make her acceptable to God and to us.

Angela’s funeral helped underscore that the Angelas can be treasured rather than made to feel they don’t fit in. And that helps me name and honor my own history.

When I was 14, Apollo 11 landed on the moon. For months I had so passionately followed the moonshot I felt I had nearly landed on the moon myself. When it was over, a black curtain fell over me. I had no idea what it was. Only later did I grasp that I had just had the first encounter with depression that would haunt me into my 40s.

In my 60s I feel more in recovery than I once dared hope; I’m grateful for mentors and loved ones who helped me change wounds into treasure. But I’ll always remember that I come not from perfection but a lineage of frailties and pain. And I’ll always be grateful I could learn that God and those who cherish me do so not because I’m perfect, which I so am not, but precisely in the midst of who I really am and the life I really live.