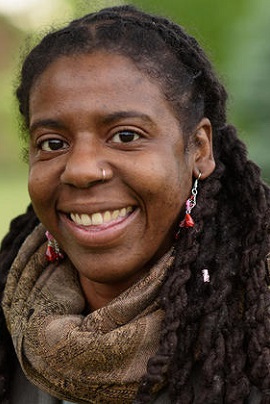 God is working — even in chaos. In a matter of months, many of the corrupt systems that peacemakers and liberationists have been struggling and praying to change with limited successes have drastically slowed or come to a screeching halt.

After raging fires in the Amazon and Australia, and ongoing worldwide protests for climate action, the Earth is getting an unprecedented chance to breathe, to restore, to replenish.

Whereas service, retail, gig-economy and other low-wage workers usually labor quietly and unseen, these groups are organizing themselves and refusing to be exploited or put in harm’s way.

Unfortunately, these upheavals have come about due to the rapid emergence of a new disease we do not fully understand that has had deadly and devastating consequences worldwide. But these incredible and unexpected social shifts in power and agency are also gifts we can cultivate, especially as we look ahead to when the usual order of operations inevitably returns.

There are many more examples of how this moment of acute human fragility and vulnerability has created tears in the fabric of our usual social constraints. These breaches are compelling people to care about others and about issues in ways they did not before and encouraging people to act in new ways.

While this is a moment of tragedy, it is also a moment of opportunity for people of justice and compassion to personally and collectively act for our common good. This will require us to read the winds and discern the Spirit’s leading wisely.

Now is the time to speak out for our neighbors in captivity through acts of solidarity with undocumented persons in detention centers and initiatives to support and release those at increased risk because they are incarcerated.

Now is the time to support low-wage workers by sewing masks for those in factories and fields who are deemed essential.

Now is the time to feed the hungry by purchasing gift cards to supermarkets for those who are out of work and in need of food, like the example of one of our local health care clinics in northern Indiana.

Now is the time to educate ourselves about White supremacy, patriarchy, heterosexism and other structural injustices, and to build our capacity for intercultural living and resisting discrimination.

And now is the time to look anew to the resources of our faith — to engage the biblical texts, practice spiritual disciplines, sing songs of promise and deepen our worship and prayers — so we can be fortified in this precarious time and prepared for the reconciling work to come.

When I say God is working, to be clear, I do not mean God “created” COVID-19, nor do I see this as punishment on humanity. Every life that is lost to this disease is precious and irreplaceable, and I believe this suffering is not lost on God. When I say that God is working, I recognize that marginalized people — Black people, poor people, women of color, immigrants and undocumented persons — are still the ones bearing the brunt of this disease’s impact.

I believe the same God who died and overcame death in Jesus Christ sees the systemic violence and neglect and knows intimately the pain that those with less power are experiencing. It is precisely because of these onslaughts against our neighbors that I believe we are not only called to shelter in place, but also to speak out in whatever life-giving ways we can. It is because injustice is still rampant in the midst of this crisis that we are called to embrace the possibilities the moment is also offering.

A window, a God-given window, has cracked open. This opening allows agitators for alternative ways of organizing the human community to take huge leaps forward on the paths of healing, wholeness, kinship, hope and life more abundantly — leaps that seemed to be impossible just a few short weeks and months ago.