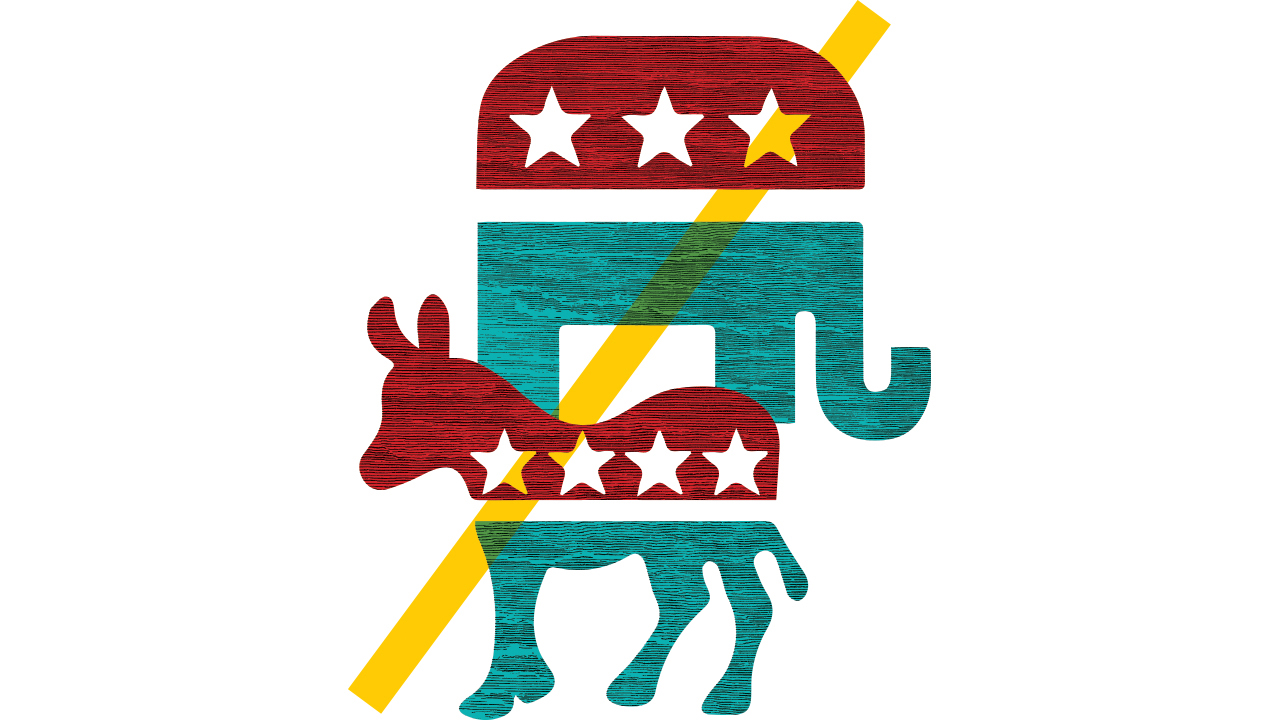 It has become difficult in the United States to preach and teach on controversial issues without giving the impression one is endorsing a political party. Every important social issue has been weaponized for political gain.

Because each of the two dominant political parties demonizes the other, our Anabaptist congregations, conferences and denominations have splintered into politically like-minded groups.

In this divided reality, we appear to have only two choices: pick a side and speak from that perspective, or avoid controversial issues within the church walls. I reject this choice. The church can and must be both prophetic and nonpartisan.

By “prophetic” I do not mean predicting the future. I mean speaking for God, morally and spiritually, on the issues facing us today. Speaking prophetically is central to the biblical tradition. Nathan condemns David for adultery and murder. Elijah condemns Ahab for executing Naboth on false charges and stealing his vineyard. ­Hosea condemns Israel’s elite for idolatry and faithlessness. Micah condemns Judah’s rich for injustices against the poor. Sixteen books in the Old Testament are named after prophets who spoke out against the selfish use of privilege and power.

A new kind of prophet

The prophetic tradition continues in the ministry of Jesus. He is often called a prophet, though he differs in his approach from those in the Old Testament. He does not address the kings of Israel or Judah, because those kings and nations no longer exist. Nor does he give much attention to Herod Antipas or Pontius Pilate and the Roman regime. His message does not seek to reform the government.

Instead, Jesus focuses on a new reality that is dawning: the kingdom of God. He goes to the common people, addressing their hunger and sickness, poverty and worry, isolation and exclusion, inviting them to enter God’s emerging reality.

Although Jesus challenges the wealthy and confronts religious elites, for the most part he ignores the establishment and instead creates a new social-political-economic-spiritual reality from the ground up. This new reality — the government of God — is characterized by nonviolence, uplift for the vulnerable and poor, unconditional love and care for all, forgiveness and reconciliation, inclusion for as many as possible, leadership that serves others and complete trust in God.

But when it comes to specific proposals about how to run political institutions, Jesus is silent or vague. He offers no legislation for Herod to consider. He dodges the tricky question of taxes. Instead, Jesus identifies core moral principles and spiritual themes for expressing God’s will.

As the church seeks to be prophetic today, we need to recognize how our political context differs from that of the biblical prophets. Unlike them, we do not live under a government that claims to be in a covenant with Yahweh. So, calling on the government to return to God is misplaced. And, unlike Jesus, we are not isolated from the political process. We live in a representative democracy that invites everyone to participate in shaping and maintaining the government. The church has a much greater opportunity and responsibility to speak to the government than Jesus did.

Unlike the governments of the ­Bible, which were based on a particular religion, the U.S. government protects the free exercise of religion without establishing or giving preference to any single religion. The result is a society that must respect religious pluralism, overseen by a secular government. This has had the ill effect of privatizing religion, as if its expression doesn’t belong in the public sphere.

On the positive side, disconnecting religion from government has resulted in religion having much more credibility and vitality in the United States than in European nations with a history of supporting a particular church. If we now align our churches with a political party or government, we risk losing our credibility and independent vitality. This is already happening.

Like the Old Testament prophets, we call on our government to be just. In the United States, we call on it to live up to its own ideals: that all people are created equal and have the same intrinsic value and rights. But our primary ministry is to embody the reign of God through communities of faith.

Living out God’s reign means addressing the issues of our day. I have three suggestions:

— Focus on the broad concerns of God’s kingdom that the church must embody.

— Don’t advocate for specific legislation from the pulpit.

— Avoid even the appearance of endorsing a political party or candidate.

An increasing number of Mennonite congregations claim to be welcoming and affirming. This usually refers to sexuality and gender identity. But how about political affiliation? Our churches should be places of inclusion for liberals, conservatives, libertarians, moderates and radicals. We must reject the demonization of political parties and the separation of faith communities on the basis of politics.

Mennonite Republicans and Mennonite Democrats have one crucial thing in common: All want to do good as followers of Jesus. They differ on how they think the good is best accomplished. Let us respect and honor the good that both sides are seeking.

The early church was torn apart over whether it was permissible to eat food that had been offered to an idol. The Apostle Paul urged everyone to recognize that “those who eat, eat in honor of the Lord, since they give thanks to God; while those who abstain, abstain in honor of the Lord and give thanks to God” (Romans 14:6). He concludes, “Let us therefore no longer pass judgment on one another” (14:13).

Churches are not only prophetic. They are also pastoral. They must honor and feed all the sheep, not just some.

Of all the Old Testament prophets, perhaps our best role model is Amos. Although he comes from Judah, he travels to Israel to preach. Before he criticizes Israel, he criticizes Damascus, Gaza, Tyre, Edom, Ammon, Moab and Judah. Not until he has passed judgment on all these countries — including his own — does he pass judgment on Israel.

Amos is an equal opportunity offender. It’s easy to speak a prophetic word against groups we don’t like. True prophets critique their own group first.

Amaziah, the priest of Israel’s royal sanctuary, demands Amos go back to Judah: “Earn your bread there, and prophesy there” (Amos 7:12). But Amos replies, “I am no prophet, nor a prophet’s son; but I am a herdsman, and a dresser of sycamore trees, and the Lord took me from following the flock, and the Lord said to me, ‘Go prophesy to my people Israel’ ” (7:14-15).

Back then, prophets were professionals, paid by the government to give faith-based advice, a job often passed down in the family. But Amos isn’t a professional prophet. He earns his livelihood through herding and by trimming trees. He has no political affiliation. He is beholden to no political interest group. He is independent, belonging only to God. That’s what the church must be. 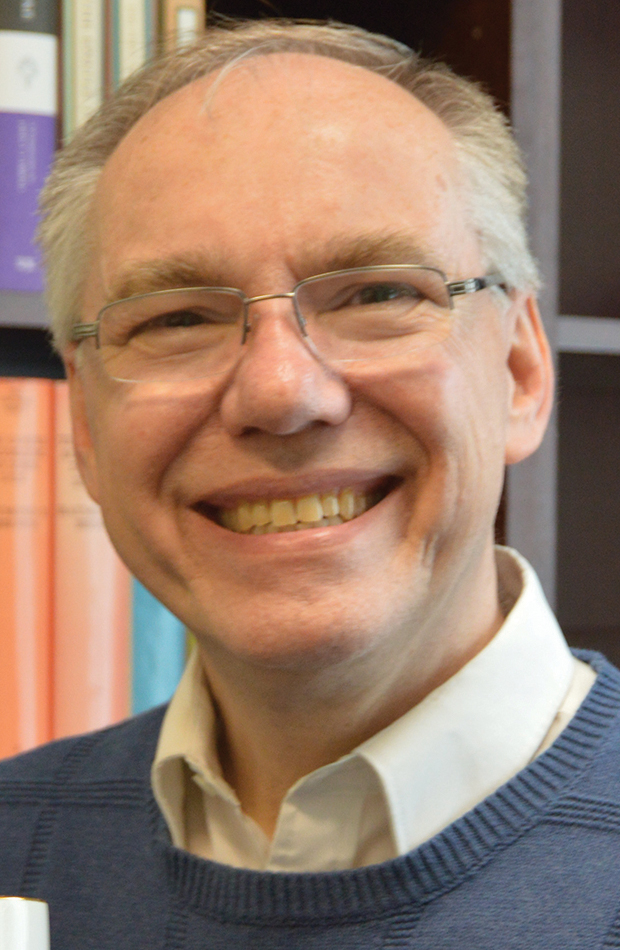