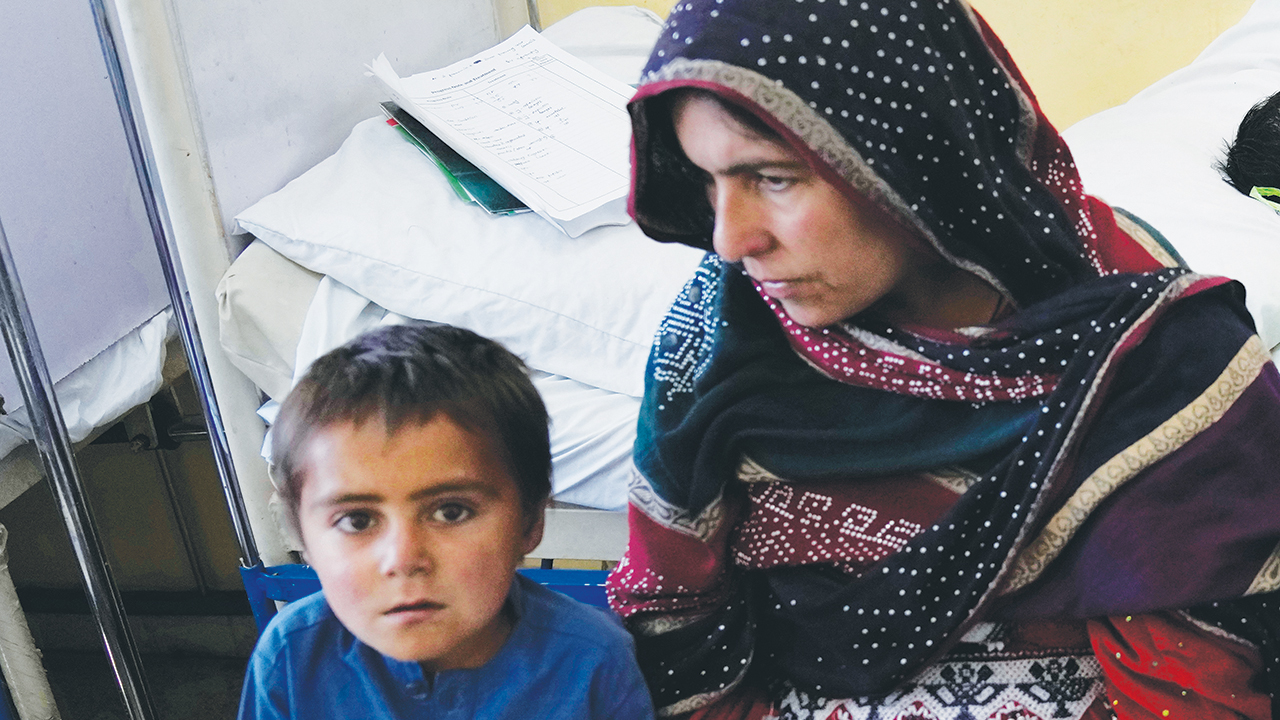 An Afghan mother and child in the malnutrition ward of the Indira Gandhi Children’s Hospital, in Kabul, Afghanistan, Feb. 24. According to U.N. projections for 2022, over 1 million Afghan children will need treatment for malnutrition, and up to 97% of Afghans could be living below the poverty line. — Hussein Malla/AP

Mennonite leaders in Canada are appealing to their congregations to help bring 100 Afghan Christian refugee families to that country.

The appeal comes from the Canadian Council of Anabaptist Leaders, which is made up of five Canadian Anabaptist-Mennonite conferences. They are working with Mennonite Central Committee Canada, which has a refugee sponsorship agreement with the Canadian government, to bring the Afghan Christian refugees.

Tim Dyck, executive director of the Evangelical Mennonite Conference, is helping to organize the appeal.

Dyck noted the Canadian government has promised to bring as many as 40,000 vulnerable Afghan refugees to Canada, with Afghan Christians being among those the government considers to be at risk — along with translators who helped the Canadian military, educators, athletes, women and girls, lawyers, activists and others.

Unlike for the other groups, which have lobby groups in Canada, “nobody is advocating for Afghan Christians. If Christians in Canada don’t do it, nobody will,” Dyck said.

These people are all fairly new believers, he said of the tiny Christian minority in Afghanistan. Many converted to Christianity during the time of freedom that followed the U.S. invasion in 2001.

After the takeover by the Taliban last August, many fled to other countries such as Pakistan, India, Saudi Arabia or the United Arab Emirates for safety.

“They can’t go home again, and some may not be safe where they are,” Dyck said. “They are looking for a place to call a permanent home.”

The cost of sponsoring a refugee family is between $20,000 to $25,000 U.S. per family for a year. It includes things like helping them find a place to live, get settled, get the children into schools and things like English lessons, Dyck said.

The Canadian Conference of Mennonite Brethren Churches has started reaching out to churches in this denomination to sponsor a family. So far, four have expressed interest.

“Mennonite Brethren remember when revolution and war caused their relatives to flee persecution, hunger and death and seek refuge,” said Elton DaSilva, CCMBC national director, referencing the time 100 years ago, and again after the Second World War, when Mennonites fled the former Soviet Union for safety in Canada. “God’s people have often welcomed those who have fled.”