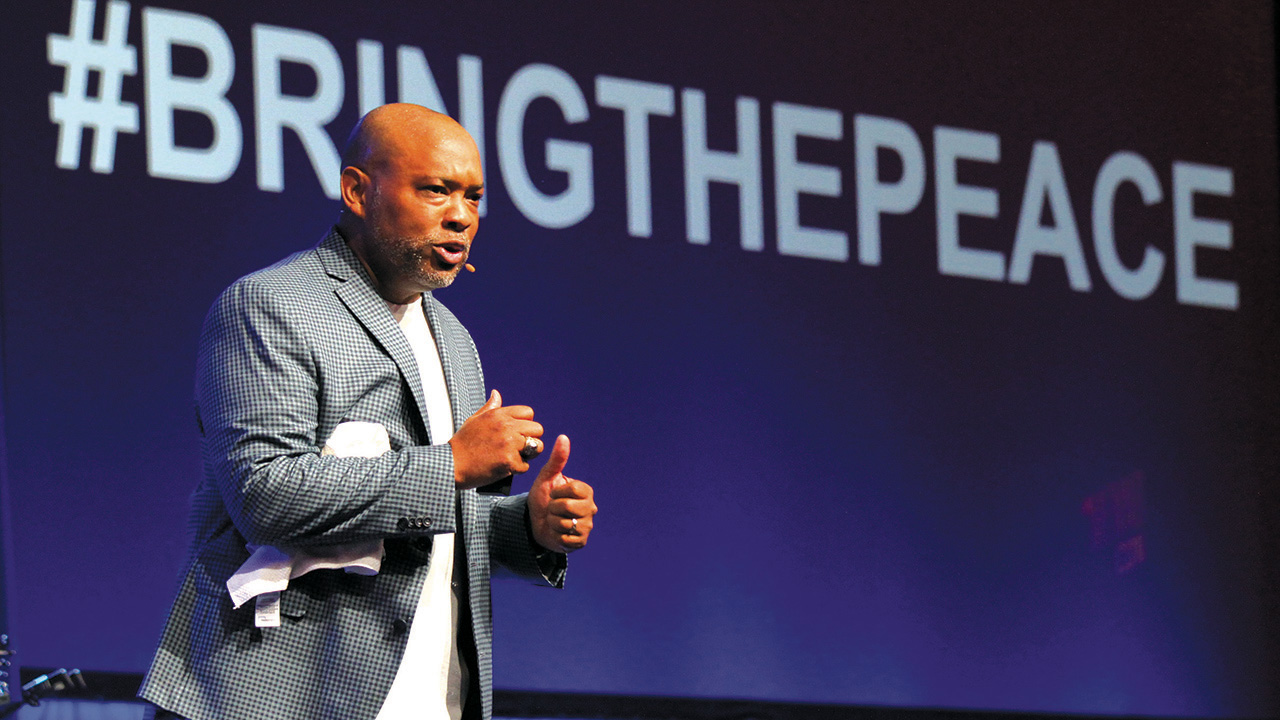 Glen Guyton, executive director of Mennonite Church USA, wrote this “Response to the Attack on U.S. Capitol” on Jan. 6. The following is a slightly condensed version. Read the full statement here.

In 2013 when Mennonite Church USA gathered in Phoenix, Ariz., our message was “Citizens of God’s Kingdom, Healed in Hope.” At the time, our nation and our church was divided over political rhetoric and the treatment of immigrants, primarily from Mexico. Many of our Hispanic members did not feel safe and chose not to attend the national convention.

In 2016, as our church prepared for the national convention in Orlando, 49 people from the LGBTQ community were killed, and 53 were wounded in the Pulse nightclub shooting. MC USA staff responded with a letter of sympathy. We received mixed reactions to the shootings. There were divided cries from the members of MC USA, some for compassion and some cries that the deaths were deserved.

In 2020, our nation erupted in violence because of continued murders of Black people by those in power. When MC USA proclaimed that the lives of Black people mattered, some cheered and some jeered. The church, like much of society, was divided — so much so that an expression of love and compassion was debatable.

It is only through God’s love for all of humanity that peace is possible. The divisions within our own church have demonstrated how we have failed to love one another and be a peace witness to the God that loves us all.

At the start of 2021, we saw violence erupt in our nation’s capital as protestors stormed the Capitol building. We are not used to this as Americans. We take pride in our democracy, especially as demonstrated through the peaceful transfer of power. We tend to think violence like this happens in other nations, not here. But today, the privilege and moral authority of the United States has been diminished.

I admire the early Anabaptists who resisted wrapping themselves in the cloak of nationalism but who wrapped themselves in the living Word of God. We are reminded today that true peace cannot be found at men’s feet but only at the foot of the cross.

I want to caution us. There is a danger in thinking that what we saw on Capitol Hill today is a problem that others have. The broader evangelical community wrapped themselves in the flag of God and country, blindly worshiping political icons.

This worldly movement has even spilled over to our Anabaptist communities. The reality is the polarization and division around political ideologies cuts through MC USA congregations and conferences as well.

We have, indeed, done violence to one another by using partisan political positions as a litmus test for Christian faithfulness. We must repent if we want to live fully into our calling as peacemakers.

Today, like many other days, is a time for MC USA to live into its witness as a peace church. Today is a time for us to remember that our citizenship and identity in Christ supersedes our political and national identity. Today is a time for us not only to pray for peace but to be agents of peace. We must disengage from destructive rhetoric and political ideologies and preach the new humanity that is obtained via our union to the risen Savior. God is in control, and God is bigger than our fears, our biases and self-righteousness.

Please take the time to pray with your friends and family members today. Let us overtly love our neighbor and move beyond differences that divide us as a nation and a church.