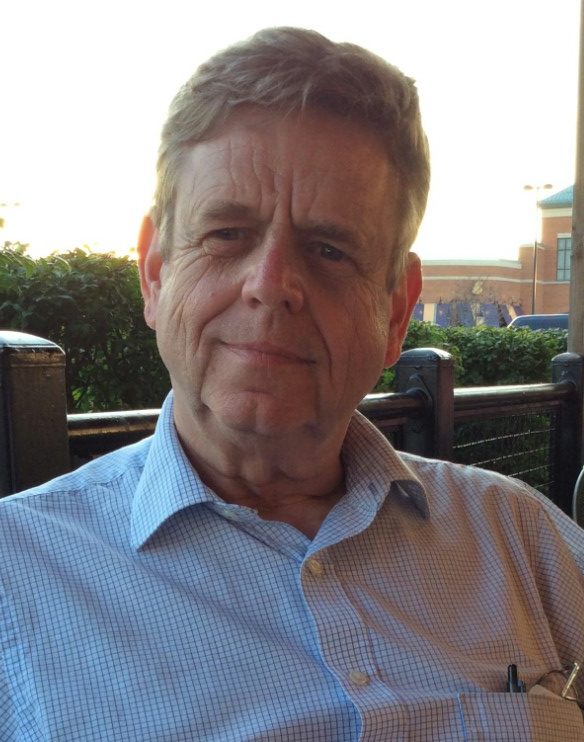 Martin Shupack is an elder in New Hope Fellowship [Mennonite] Church in Alexandria, Virginia, and Director of Advocacy for Church World Service.

Though never an easy fit, during the last century many Mennonites adopted beliefs and values shaped by evangelicalism and some call themselves evangelicals, as I have. This article argues that it’s time for us to rethink some of our theological and political views influenced by evangelicalism.

For many, the term evangelical simply refers to having a personal relationship with Jesus, taking Scripture seriously and sharing our faith with others. But evangelicalism as it developed in the 20th century in the United States is a distinctive religious movement. Today it is largely characterized by doctrinal narrowmindedness, rigid cultural attitudes, skepticism toward science and an ideological location in the right wing of a political party.

The extreme politicization of white evangelicalism seems largely motivated by a perceived de-Christianization of society and fears of persecution. If the followers of Jesus were an interest group like any other, seeking political and cultural power would be understandable. But Jesus calls us to something else entirely. It is the witness of Christ-likeness that glorifies God and transforms society. Sadly evangelicalism has lost faith in the spiritual power of witnessing the way of Jesus. It has sold its birthright for a pot of porridge.

Prominent evangelicals daily bring Christian faith into disrepute by their close identification with Donald Trump and by uninformed and intemperate public statements. But it is not only the leaders who are exhibiting un-Christ-like attitudes. With breathtaking self-centeredness, a majority of evangelicals believe that there is “a lot of” discrimination against Christians in the United States, more so than against Muslims. A majority of white Evangelicals believe immigrants pose a threat to American values, in contrast to the views of other religious groups and Americans as a whole. And as a July 2017 Christianity Today article trumpeted, “Most White Evangelicals Don’t Believe Muslims Belong in America.”

Surveys also show that more white evangelicals support the death penalty than any other religious group, and at a higher percentage than Americans as a whole. Evangelicals also provided strong support for the Iraq war, while other Christian groups were more ambivalent.

Such ungenerous and defensive attitudes are very far from witnessing the compassionate and healing presence of the Prince of Peace. Our world desperately needs the witness of communities of Jesus’ followers faithfully reflecting the character of Christ and expressing the agape love of God’s kingdom. But like the man described by James who views his image in a mirror and afterward forgets his appearance, much of white evangelicalism has forgotten what genuine Christian faith and witness look like.

How did Evangelicalism go so far astray?

If we ask how evangelicalism could have lost its way, we discover deep flaws in modern evangelicalism’s understanding of Christian faith.

The salvation of souls instead of the Good News of God’s Kingdom: Evangelicalism focuses on the salvation of souls from Hell for eternal life in Heaven. This is a distorted version of the Gospel proclaimed in Scripture: God’s saving plan accomplished in Jesus Christ to unite heaven and earth, repairing and restoring humanity as a family in God’s image and filling all creation with God’s glory. Because of its narrow understanding of the Gospel, Evangelicalism has never developed a biblically-based theology of the redemption of creation and a commitment to human flourishing. It has no equivalent, for example, to Catholic Social Teaching. As a result, many evangelicals are vulnerable to popular ideologies and savvy political and cultural manipulation.

Seeking conversions instead of making disciples: White evangelicalism has rarely embraced a robust commitment to what happens after conversion. God’s plan is to bring about a family of mature children in God’s image. Growing in the agape character of Jesus is the goal of Christian life-it’s what discipleship is all about. Christ-like character is summarized in the fruit if the Spirit: love, joy, peace, forbearance, kindness, goodness, faithfulness, gentleness and self-control. And in the 1st Corinthians’ passage on agape love: “Love is patient, love is kind. It does not envy, it does not boast, it is not proud. It does not dishonor others, it is not self-seeking, it is not easily angered, it keeps no record of wrongs. Love does not delight in evil but rejoices with the truth. It always protects, always trusts, always hopes, always perseveres.”

Where do we see such qualities in evangelicalism’s public witness today?

Tunnel vision instead of God’s kingdom mission: While encouraging believers to share their faith with others, evangelicalism has failed to engage in the wider work of God’s kingdom. When God’s kingdom comes in fullness, people “from every nation, tribe, people and language“ will be in right relationship with God and each other. In anticipation of this glorious day, our mission now is to seek right and just relations among divided peoples in the church and among the nations, opposing all injustice and racism.

In God’s kingdom “they will beat their swords into plowshares” and “learn war no more.” So our mission now is to be peacemakers practicing reconciliation with one another and helping the nations find alternatives to violent conflict. In God’s kingdom, there will be no hunger or poverty. So our mission now is to develop church communities where “none have any need,” and to help the nations move toward a world where there is enough for all.

Failing to embrace God’s mission, white evangelicalism has found a substitute in the aggressive promotion of conservative politics and cultural traditionalism.

Mummifying the Bible instead of hearing the Word of God: While claiming to treat Scripture as authoritative, evangelicalism systematically disrespects the Scriptures’ actual ways of communicating. Too many evangelicals read the Bible as if it were relating scientific facts and speaking the language of modern historiography. When it comes to Christian practice, evangelicalism often ignores the culture-specific nature of many biblical instructions, wrenching them out of context, while neglecting “the weightier matters of justice, mercy and faithfulness.”

Scripture must be read in context, understood in relationship to Jesus and interpreted by the churches with the guidance of the Holy Spirit.

“Hold on to what is good”

Distancing ourselves from white evangelicalism doesn’t mean rejecting beliefs and practices at the heart of Christian faith.

Loving Jesus and entrusting our life to him as Lord and Savior doesn’t make us evangelicals. Believing that Jesus died for our sins and rose bodily from the dead makes us simply Christian. Affirming Jesus as truly human and truly divine identifies us with historic orthodoxy, not evangelicalism.

Rejecting white evangelicalism’s truncated version of the Good News and inadequate understanding of salvation doesn’t mean abandoning the call to share our faith. We lift up Jesus Christ and him crucified, inviting others into union with God and the transforming life of God’s Reign.

Evangelicalism may have popularized the expression “a personal relationship with Jesus,” but without intimately knowing and loving Jesus and experiencing the power  of the Holy Spirit, following Jesus in Christian faithfulness is impossible.

Finally, faithful public witness exhibits love, truthfulness and integrity to advocate in non-partisan ways for compassionate and just governmental policies on behalf our neighbors in need – not for our own tribal self-interest.

Christian faith and our Anabaptist tradition are deeper and wider than white evangelicalism. It’s time to break free from the squeeze of evangelicalism’s suffocating mold and to reaffirm the Good News of Jesus Christ “once for all delivered to the saints.”